The story of ContentCal is as old as time itself. Well, not time itself—but definitely as old as social media marketing platforms. Which is like a decade, a much shorter duration that time itself. No matter. The story goes like this:

When brands and marketers realized the power of marketing on social media, everybody and their uncle wanted in on it—but not a lot of people knew how to do it well. As with any valuable skill that only a small subset of people were actually interested in pursuing and perfecting, social media marketing agencies began sprouting up all over the world, creating content and managing campaigns for brands. Some agencies, like ContentCal, grew to a point that daily, mindless chores and administrivia began taking way too much of the company’s time. Managing the deployment of content across multiple channels was one such administrative task that took a lot of time and not so many brains. The most obvious solution for something like this was to create tech-based tools to handle some of the load, and increase efficiency for anything that couldn’t be automated.

ContentCal began life in 2014 when CEO and founder Alex Packham left his job to launch a social media marketing agency. The creation of the software that would eventually become contenctcal began almost immediately, and took only two years to transform from in-house toolset to standalone SaaS product.

What sets contencal apart from its competitors is that it’s a highly focused tool. Whereas most social media management platforms attempt to be a one-stop shop for all things management—publishing, scheduling, content curation, analytics, social listening, and collaboration tools—ContentCal’s aspirations are best described by the Unix philosophy of “Do one thing and do it well.” To be clear, ContentCal does more than just one thing, but the things it does do all revolve around planning and scheduling social media content. That probably doesn’t surprise you, given the platform’s name.

Before I’d had the chance to see a demo and then play around with ContentCal myself, I’d thought that this review was going to be incredibly tedious to write. How am I going to write a full length review around an app that schedules and publishes content, I asked myself. It just didn’t sound like a lot to go on. But then I actually saw what it does, and I’m wondering how I’m going to cram all that I’d like to tell you aboutthe platform in such a limited amount of space. It’s packed with the kinds of features and tools that you didn’t know you needed until you saw they existed—and once you use them you likely won’t want to live without them. 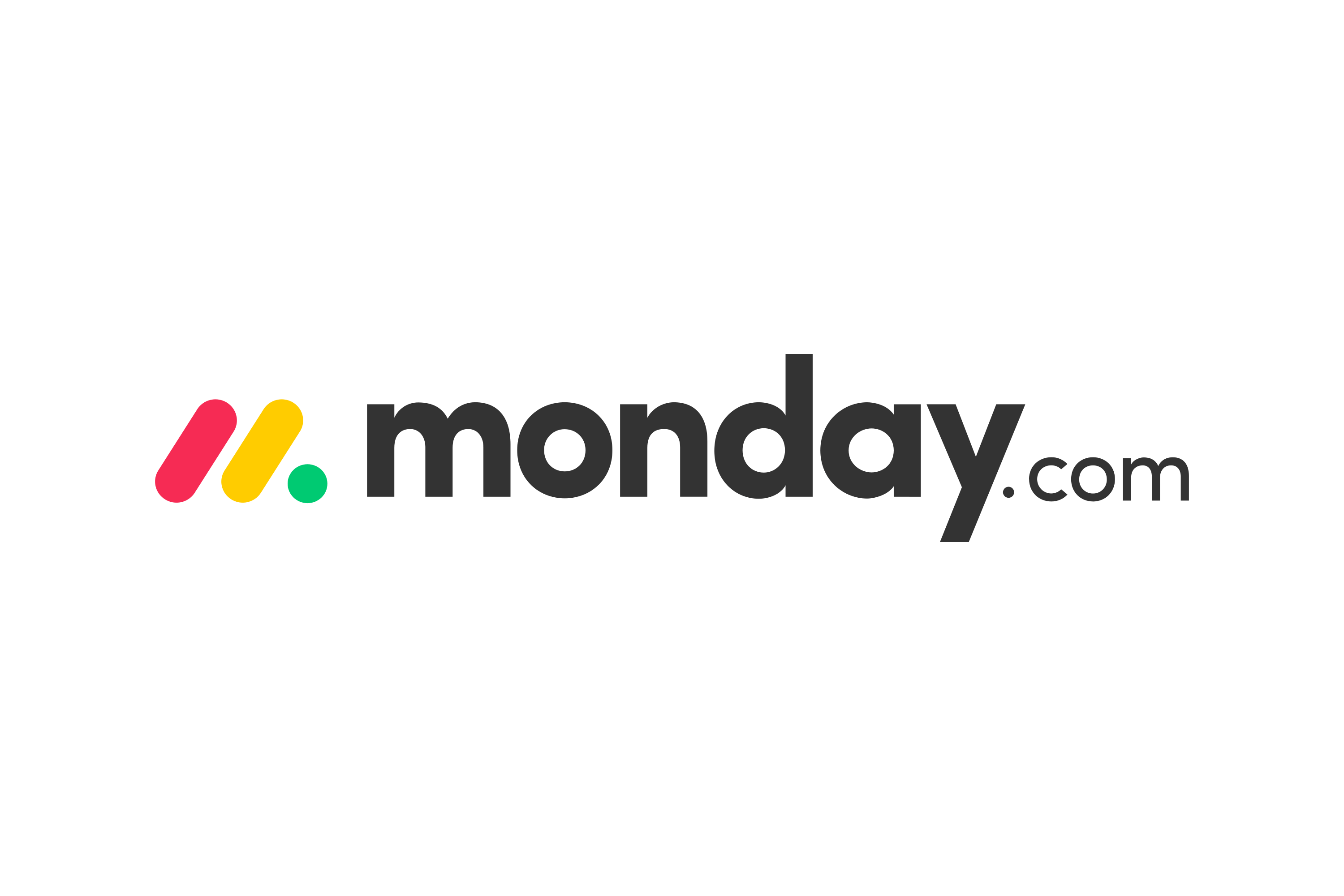 Social media is often touted as an equalizer of sorts, giving equal voice to individuals and large corporations alike. But in the world of social media marketing, the best management software suites out there tend to be packed with features and priced for large and multinational brands. ContentCal bucks that trend as well, offering a SaaS platform that’s affordable to nearly any size business, even at the highest tier.

In addition to the above, subscribers on the Pro or Company plan can add on the ContentCal Repond feature (which is included in the Premium plan) for $20/mo, or $16/mo when billed annually. This works like a social inbox, where all messages and comments are centralised into one app. 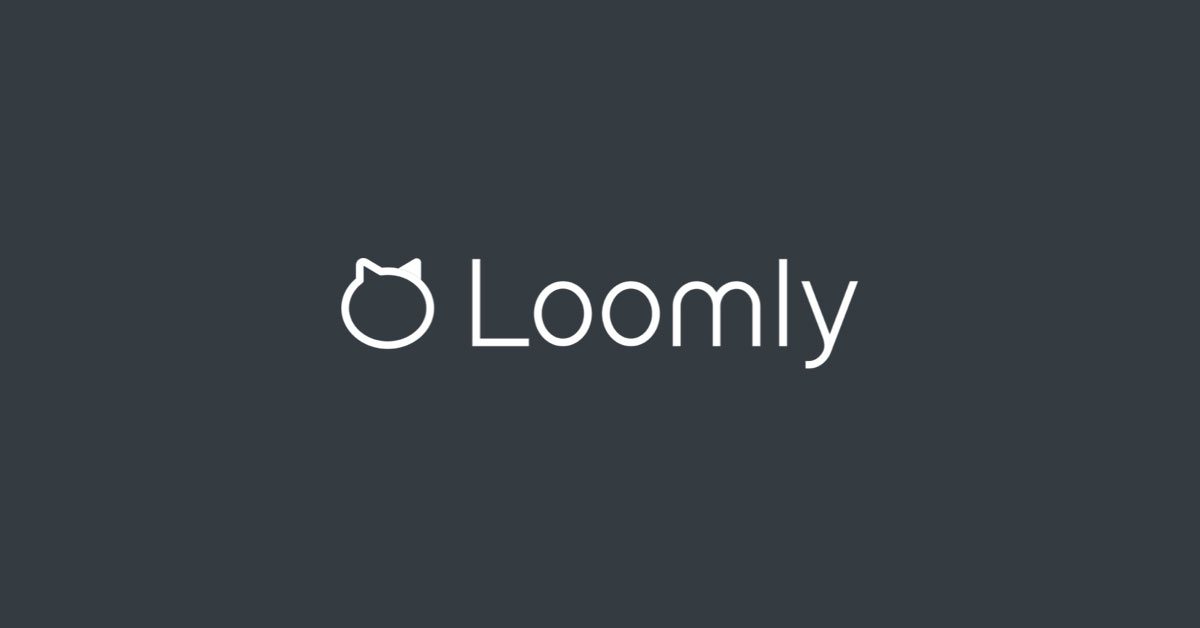 With everything it can do, ContentCal is at its heart a visual calendar. The operative word here is “visual,” which means that—above all else—the software needs to look good. “Looking good” isn’t just a matter of aesthetics, though. With software, looking good also means a well organised interface that requires little learning curve from the user. ContentCal hits both of these requirements fully: it definitely looks good, and using it is utterly intuitive.

ContentCal’s main dashboard has an array of tutorial videos that cover just about everything the platform can do. All told, there’s a total of roughly one hour worth of videos that should get any user up to speed for each module. The videos are easily accessible, should you need to go back for reference. Also, the first time you enter any of ContentCal’s modules, there’s an overlay offering a brief orientation to what you can do there.

The calendar itself looks far better than any I’ve seen for content scheduling and management. Posts are placed within the calendar in a large format, where the image and caption are legible without having to click in further. The platform relies heavily on color coding to give users an at-a-glance understanding of where they’re at with their queue: a thin line across the top of each entry in the calendar broadcasts the post’s approval status: green is approved, yellow means waiting for approval, red is declined, and if the line is blue it means it still hasn’t been submitted for approval. 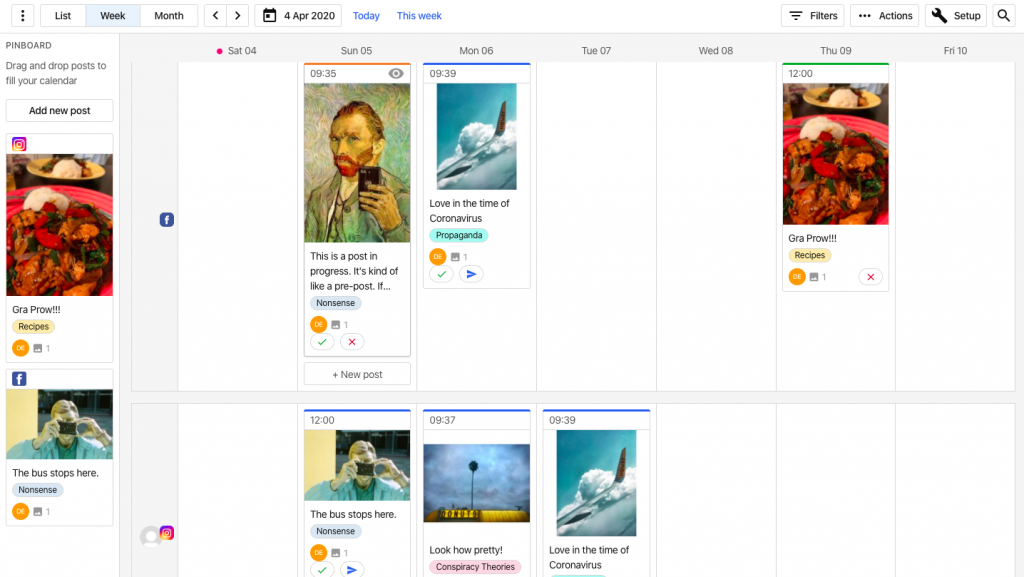 The color coding also significantly improves the categorisation of each post. By matching categories with colors, a user doen’t have to go through every calendar entry and make sure there’s a good balance of content. Simply looking at the screen and seeing array of colors for the category tags gives a quick impression of of whether you’re overdoing it for, say, How-To articles while you’re light on News.

Many competing tools say they offer a visual calendar, and they do. But no company’s quite delivered on that promise like ContentCal has—the scheduling and publishing is simply in a class by itself.

ContentCal offers a host of features to support its primary mission of scheduling and publishing content. The color coding for ease of use is a big one, but the organisational aspect doesn’t end there.

There are two rows that run across the top of the calendar for further labeling; one for specifying the campaign that each day is covering, and one for writing notes to communicate with team members any other important information. The campaigns and notes are specific to each day, so you can get really precise.

One feature that reall highlights the thought that went into ContentCal’s development—and is massive timesaver for the content creation, is the ability to create what the platform calls Snippets. There’s a lot of repetitive text that goes into each piece of content: maybe you have to put some kind of disclaimer on every post, or maybe there’s a long list of hashtags that needs to be appended to each one. With Snippets, you can pre-define as many different strings of text as you need to, and then at post creation time it’s just a matter of selecting the appropriate Snippet from a drop down menu. 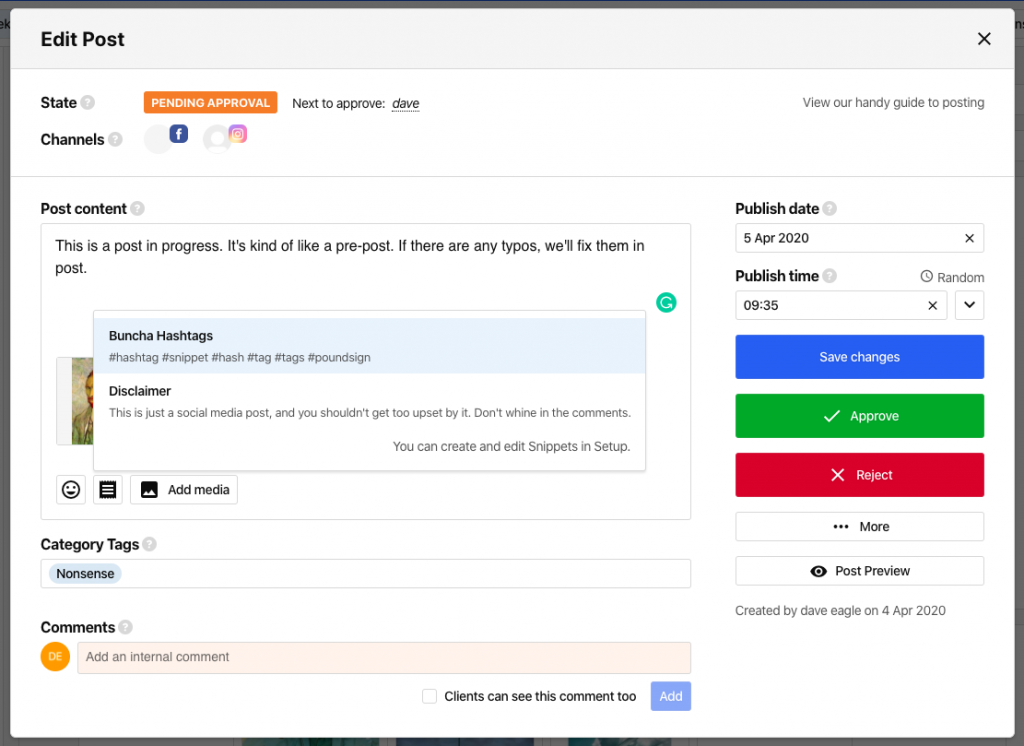 The analytics and reporting are also very well implemented. Normally, with a social media management tool, I like to see in-depth data about audiences as well as competitor research tools included. But because ContentCal is a focused platform, the lack of these data in the reporting isn’t a knock against it. The information you are given is all in service of the platforn’s mission: planning and scheduling content. You’re shown some basic audience information—how many followers you have, what audience growth has been like, the breakdown by channel—but the rest of the data is designed to help you improve your future effectiveness. The number of posts you’re publishing, your engagement, and your best performing times all help to refine your schedule going forward. You’re also shown the top performing posts, and have the option to repurpose them—schedule them right back into the calendar—if you like.

ContentCal’s offers some basic/predictable integrations, which isn’t a bad thing despite how the beginning of this sentence sounded. They’re basic and predictable because they’re necessary: Google Drive, Dropbox, and Bit.ly connections are all here, and that’s good news for literally any company. These are indispensable tools.

The biggest-deal integration ContentCal offers is with Zapier. If you’re not familiar with it, it’s kind of an integration middle man for apps that don’t otherwise work together. For example, connect ContentCal with Zapier, connect Zapier to Pocket, and now you have a way of creating new posts out of content you found there. The same can be done with Pinterest, Airtable, Google Sheets, Slack, and 20 or so more apps.

One integration of interest is to connect with Buffer using Zapier. There’s good and bad about this integration: it’s good because direct publishing with Instagram is something that too many social media managerement platforms don’t offer. Instead, it’s a whole process that requires scheduling through your web browser, which then transfers posts to an app on your mobiel device, which lets you copy/paste the image and caption into Instagram. This is how it works on ContentCal if you don’t use the Zapier/Buffer integration. If you do use it, though, you’ll need to have an account with Buffer, which is a social media management platform that does exactly what ContentCal does. That’s like buying a Prius to charge your Tesla.

To be fair, Buffer offers different plans for different utilities—publishing is one subscription, analytics another—so the add-on cost might be nominal depending on your size. Still, if Buffer can directly publish with Instagram, why can’t ContentCal? It’s not like it’s a technical impossiblity.

TL;DR (aka The Conclusion)

In a market saturated with social media and content management platforms trying to be all things to all brands, ContentCal is a breath of fresh air. Its focus on managing the central promise of social media—the content—yeilds a tool that’s remarkably in-depth for something singularly minded.

There’s no denying that planning, scheduling, and posting content are tasks mired in tedium and repetition. ContentCal removes these barriers by automating much of what can be so mind numbing about managing your brand’s social presence. This leaves you more time to focus on actually creating (or sourcing) quality content that resonates with audiences. Best of all, it’s a tool that’s just as useful for small businesses as it is for large ones, and it’s well within the small business’ budget, as well.