5 out of 5 stars
Best for:
Large Brands, Agencies
Pricing:
On request

5 out of 5 stars
Best for:
Large Brands, Agencies
Pricing:
On request

If you hadn’t heard of CreatorIQ before this year, I’d be surprised if you made it to December without the platform’s name becoming known to you. Especially if you’re reading this, because you’ve obviously just now heard of it.

Founded in 2014 by Igor Vaks, the platform is something of an anomaly in this fast-growing market. We typically see two types of platforms to review on this site: those that were founded by tech people, and those that were founded by marketing people. In the case of the former, the best ones we’ve seen are those that are good looking, well executed software with some minor deficiencies in features that marketers would want. As for the latter: they’re incredibly full-featured, no stone unturned, but often have some minor deficiencies in the user experience. CreatorIQ was founded by a no-doubt-about-it tech guy—Vaks earned his BS and MS in Systems and Control Engineering and spent his career doing the kinds of things you’d expect with that degree. But I’ll be damned if CreatorIQ doesn’t look like the product of a person who’s lived and breathed marketing for decades.

Credit for that goes to the assembly of a team of diverse backgrounds and talents in marketing, sales, product evangelism, customer success, and customer service. The result is a product that’s truly end-to-end, with an interface that’s polished and efficient.

Still, what truly stands out about CreatorIQ is how it relies on tech to not only simplify the influencer marketing process, but also to solve some of the problems that have long plagued the industry as a whole: follower fraud, inflated reach metrics, and inauthentic/mercenary influencers. How they’ve done this will be explained in The Details; for now it’s enough to know that CreatorIQ as a company seems tireless in its pursuit of building a better platform.

These efforts haven’t gone unnoticed, either. There’s the impressive roster of clients, which includes some very big names—like Disney, Tiffany & Co., Unilever, Dell, and Ralph Lauren. There’s the $15m in venture capital they’ve received through two rounds of funding. There was the small matter of being named the Best Influencer Marketing platform at the 2019 MarTech Awards.

Clearly, they’re doing something right, and there’s no time like the present to see what that looks like.

CreatorIQ
Creator IQ creates a different kind of marketplace: searchable influencers are indexed by algorithm, not opt-in, so your choices aren’t limited. And when they register on Creator IQ, it’s only with your brand’s portal, creating your own community of influencers who are members of your private marketplace.
Pros and Cons
Create a private portal to work with your own influencers
AI-backed discovery shows amazingly relevant influencers
Influencers show up ready to create: all forms, information, etc. are completed before you ever contact the influencer
Discovery tool can be overwhelming at first
Many sub-product names (Creator Core, Creator Pay) cause product and pricing confusion
Best for: Large Brands, Agencies
Ratings
Features
5.0
Ease of Use
5.0
Reporting
5.0
Overall Score
5.0

CreatorIQ doesn’t make their pricing public. That said, this isn’t software for the SMB set. The platform was designed—and is used by—companies with deep pockets. To give you an idea of who’s using CreatorIQ: the smallest clients in their published list are earning around $100m annually. That doesn’t mean it’s a requirement, it’s just a guideline to understand the niche they’re serving.

There’s a lot going on in CreatorIQ, so much so that it would be difficult to cover it all in this limited space. If, at the end of reading this, you find yourself asking “Yeah, but does it do this thing that another platform I know of does?”—the answer is yes. Yes, it does. On with the show:

As with any end-to-end platform, use of the product starts with influencer discovery. CreatorIQ integrates directly with social platform APIs, and its AI-powered algorithm analyses over 1 billion public (yes, billion) social accounts and their content, checking everything against a set of criteria to see if they merit being added into the platform database. There are currently more than 15 million creator accounts indexed on the system, which sounds like an awful lot to sift through. But that’s where the AI comes in and saves the day.

CreatorIQ takes a “content first” approach to its discovery, which means that it isn’t just looking for keywords in a bio or caption, and isn’t just relying on what these creators say about themselves to index and categorise them. Instead the AI looks at all the discrete parts of any given piece of content—the image itself, the location, mentions, even emojis—and makes logical inferences. If the image shows someone having a beer on a beach, those become searchable keywords through the discovery engine. If the caption mentions a musician, the AI knows that music is an interest. If the location is outside the creator’s hometown, but a place they return to frequently, the AI notes this as a travel affinity. If there are emojis showing game controllers, the AI adds gaming as an interest. On and on it goes, for every post of every creator that’s in CreatorIQ’s database. The result is a discovery tool that will show you influencers that are astoundingly relevant. 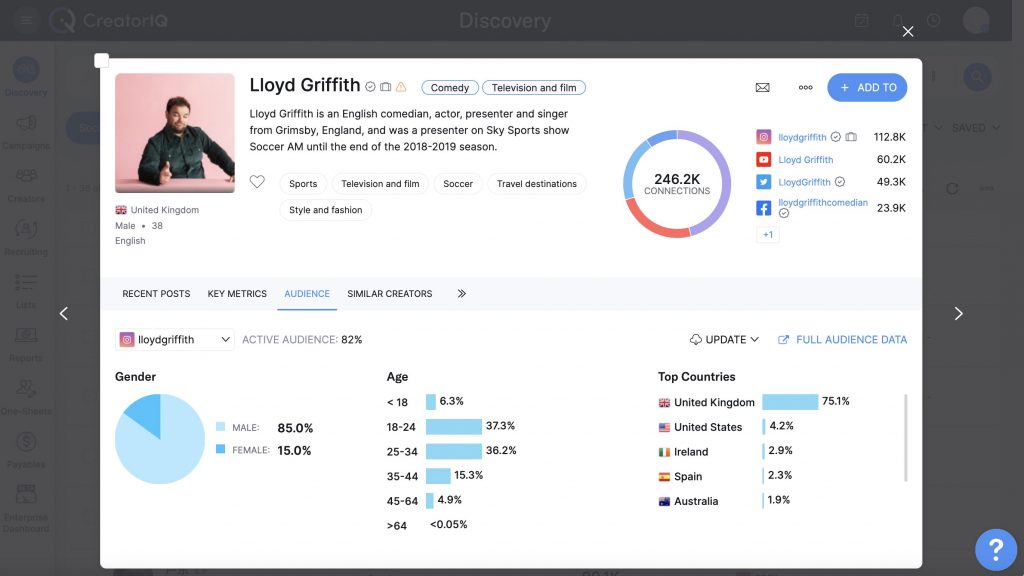 Just as important is the vetting done by the AI to verify authenticity. Those who are gaming the system with fake followers and bots will be found out. The AI assigns each influencer an “Integrity Quotient,” which can help you discern just how authentic an audience is (or isn’t). Grossly fraudulent accounts won’t even be brought into the system. 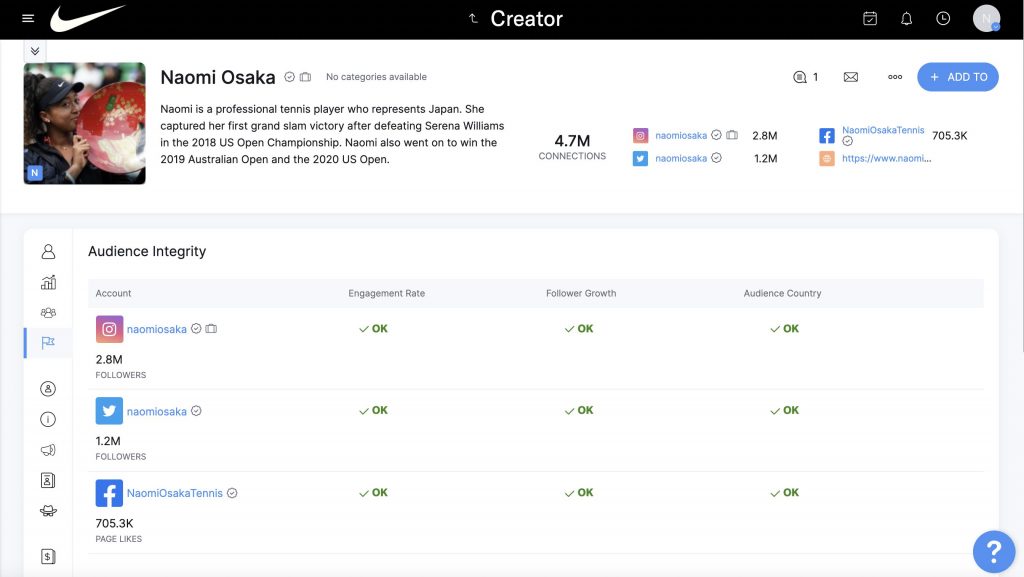 Once you’ve identified the influencers you want to work with, you can invite them via email to join your network. This is done through a white-labeled, fully customisable portal where they can register with you and go through an onboarding process. This process gets all the boring bureaucratic stuff out of the way upfront: influencers create an account, can fill out any tax and compliance forms, self-identify their interests, and set up their payment options. If your brand is in, say, fashion, you can get their sizing information right then and there, too. 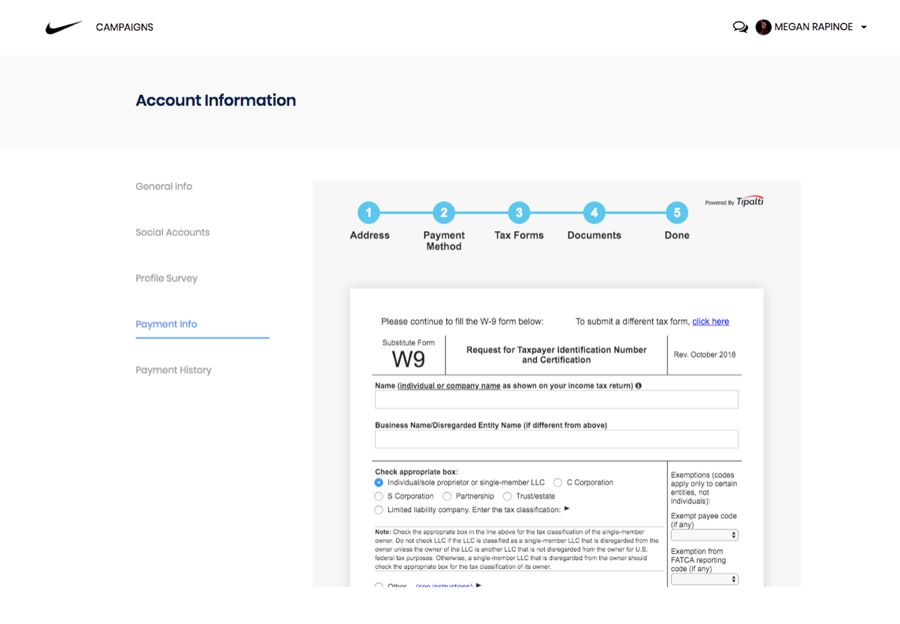 Most importantly, this is where they’ll connect their social accounts to your portal and authorise CreatorIQ to ingest all the data that the public APIs can’t get you. The biggest upside to this is the platform will be able to get you much more reliable information about their audience and engagement. The old way of calculating potential reach is just to look at their follower count. If someone has 30,000 followers, then that’s the number most platforms will refer to for reach. Here, with the one-to-one connection between account and platform, the AI can look at how many people are actually being seeing their content (not all followers see all posts) and make more accurate predictions as to what their reach will look like for you.

As you build out your network, you’re in essence creating your own private marketplace. Influencers aren’t logging on to CreatorIQ to find opportunities; they’re logging onto your portal to see what your brand has going on. You won’t be competing with other brands, or your competitors, to get their attention. You’ll create campaign briefs, broadcast them out, and—because all the forms and docs and info you need from influencers is collected up front, there’s nothing more to do but to move ahead with the campaign, approve or deny content, and issue payments. 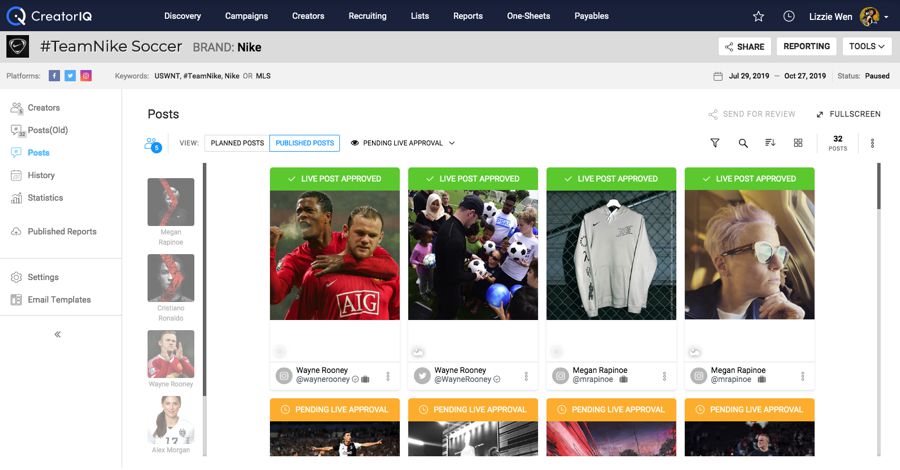 It all looks, feels, and acts like the influencer marketplaces we’ve become accustomed to, except that—again—it’s your marketplace. And it’s considerably more robust than your average marketplace, especially around collaboration. There are plenty of opportunities for active users of CreatorIQ to communicate, annotate, and otherwise share information around. But you can also share certain aspects of the campaign, whether it’s to review potential creators or look at the reporting, using private links. This allows those in and out of your organisation who need to monitor the goings-on (but don’t need to be doing anything else) to click their way over to the information they need to get.

This is especially useful for the reporting function. While exportable reports are supported, the chief mechanism for seeing campaign reports is directly within your CreatorIQ portal. This is a big deal because the reports are dynamic. You can filter and sort the information any way you’d like, scroll through the content gallery of a campaign or individual performance metrics, and then drill down further for even more detailed information. You can’t do that with a PowerPoint slide deck.

Even more impressive is the ability to customise the reports. Everything is widget-based, so you have the power to remove unnecessary fields, reorder them on the screen, and even add in specific data points or KPIs that aren’t covered out of the box. You can’t do that with a slide deck, either. 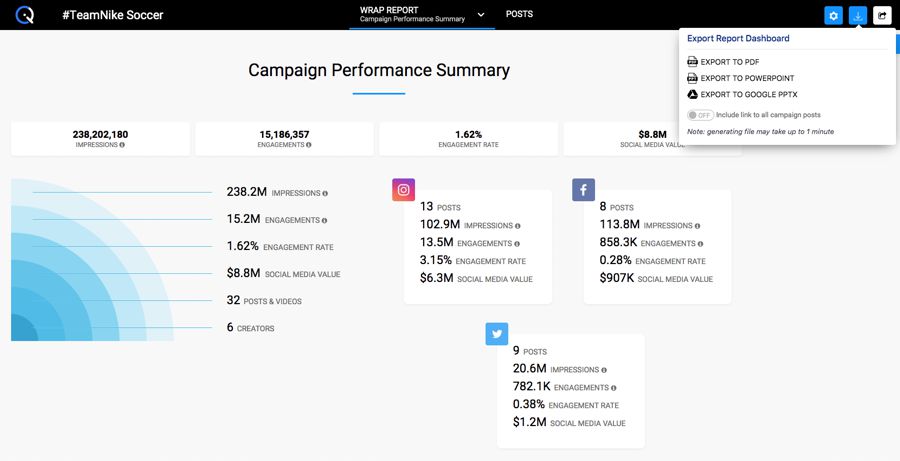 I’ll repeat again here that CreatorIQ is exhaustive in its ability and scope, which means that this review can only go over so much. I’ve tried to highlight what I felt were the biggest differentiators for the platform, those features you can’t get anywhere else.

But in a way, one thing that CreatorIQ has that you can’t get anywhere else is, for lack of a better way to say it, all of it. If you’re a big agency or large business looking for a truly all-in-one solution, the best thing you can do is schedule a demo to see for yourself all it has to offer. While I don’t really know how much it costs to use, I can safely say that if it’s in your budget, it’s money well spent. 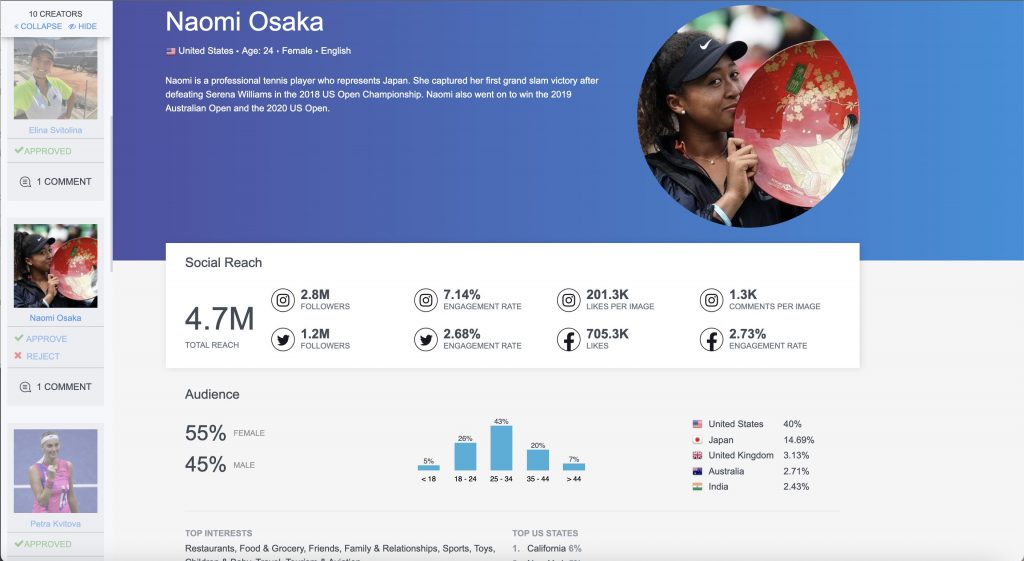 What does CreatorIQ cost?

CreatorIQ does not make their pricing available to the public. However, it is important to note that according to their published list of clients, their smallest client earns about $100 m per year. Considering this, you will have a better understanding of the specialized segment of the market that they serve. CreatorIQ is not for small and medium-sized businesses, but for businesses with abundant financial resources.

What does CreatorIQ do?

CreatorIQ directly integrates with the APIs of social platforms. Its AI-powered algorithm analyzes more than 1 billion public social accounts, checking everything against a set of criteria to determine if they merit being added to the platform’s database. Currently, there are over 15 million creator accounts indexed on the system. As a result, it will show you influencers that are very relevant, helping you to identify influencers whom you want to work with.

What are the advantages of using CreatorIQ?

You will be able to get much more reliable information about an influencer’s audience and engagement. Its AI can look at how many people are actually seeing an influencer’s content to make more accurate predictions as to what the reach will look like for your business. It will also give every influencer an “Integrity Quotient” to help you figure out how authentic an audience is. Its influencer marketplace is more robust than the average marketplace. As everything is widget-based, you can also customize reports easily.

Founded in 2014, CreatorIQ is exhaustive in its scope and ability. It offers many features that you can’t get anywhere else (and does everything that other similar platforms offer). It is really an all-in-one solution for big businesses or large agencies. You can schedule a demo to get a better understanding of what it has to offer. If you can afford it, it will be money well spent.

Not only does CreatorIQ use tech to make the influencer marketing process simpler, but they also managed to resolve a couple of the issues that the industry has battled with for a long time. These issues include follower fraud, inflated reach metrics and inauthentic influencers. Its AI also looks at all the discrete parts of the content such as the image itself, location, mentions and emojis and not just the keywords in a bio or caption.