The rise and rise of influencer marketing

If you’re reading this, then you’re probably already well aware of the power of influencer marketing. Over the past few years, it has become the modern and scalable version of word of mouth, made all the more possible by the increasingly predominant use of social media and smartphones.

In many cases, brands stand to develop far greater customer loyalty - and a far better return on advertising spend - than they would through more traditional and less personal forms of advertising such as TV, pay per click, and radio. And brands are catching on.

According to VICE, the influencer marketing industry almost quadrupled in size from 2016 to 2019 and is now worth a projected $6.6 billion, with some of the world’s most popular mega-influencers commanding up to $200,000 for a single post. That’s some serious cash. But is cash the best incentiviser? Now your average mega-influencer is likely to have a powerful enough following to command both an eye watering fee and a free sampling of whatever product, service or experience they are being asked to promote. But what about smaller, or “micro” influencers?

Traditionally, the vast majority of brands lacked the resources to co-ordinate dozens of smaller influencers on any one campaign. It simply wasn’t viable. But then tech platforms started to emerge with a focus on streamlining the more administrative elements of engaging with influencers - identification, onboarding, campaign management, tracking, processing payments and the like - and the tide began to turn.

As a result, brands have started to shift more towards “micro” influencers - influencers with followings of 100,000 or less - and have generally seen a far higher return on investment“. Why? Well, smaller influencers tend to focus more on specific niches or categories, which enables them to develop more tailored, personal interactions with their audiences. This can result in stronger engagement rates and higher returns on investment than the figures achieved by mega-influencers. Of course, these examples do not take into account other factors that can contribute towards the success (or otherwise) of campaigns, such as deals involving a series of posts, the extent to which influencers’ audiences overlap, or the difficulty with tracking bottom line sales. However, the examples hopefully demonstrate how the decision to use a cluster of micro-influencers rather than a single mega-influencer could potentially result in 800% higher overall return on ad spend.

Note that a broad range of terms have emerged to help categorise influencers depending on the size of their followings (“mega”, “macro”, “mid-tier”, “micro”, “nano” etc.), but we’re sticking with “micro” in this article in the interests of simplicity.

Micro-influencers may also be more flexible when it comes to incentivisation, helped in part by the reality that fewer have agents pushing for cash, or large enough followings to justify a lack of flexibility. This means that brands are more likely to have a choice: when trying to establish partnerships with micro-influencers, should they offer cash, gifts or a combination of the two? The key to authenticity

Let’s start by considering the reality that influencers need to touch, feel, experience or devour a product or experience in order to truly understand what they are recommending to their followers. After all, what better way for a brand to align with an influencer - and by association, that influencer’s following - than by immersing that influencer in whatever it is offering?

If an influencer is wearing particular shoes, eating at a particular restaurant, playing a particular game or staying at an exclusive resort, their following will want to do the same. They’re buying into the lifestyle. This is likely to create far more impact than an influencer simply thanking and tagging the brand for some invisible benefit. For influencers, being seen with a product or experiencing a service will help to maintain the authenticity that helped them to build a dedicated following in the first place. Their followers are likely to respond more favourably to the subtlety of content posted in exchange for gifted products, rather than a cursory brand tag in exchange for a pay-off.

We should also take some time to look at the economics underpinning influencer incentivisation (bear with me here). Now admittedly, everybody loves cash. It can be transferred instantly and may be spent on (almost) anything the recipient desires. However, it doesn’t necessarily offer the best “value for money” for either party.

Consider both (a) the “cost” incurred by a brand when giving a gift; and (b) the “perceived value” that an influencer will attribute to that gift. The cost and perceived value will likely be very different: it’s the difference between “cost price” and “retail price”. If a brand gifts one of its products or experiences to an influencer, this will cost the brand whatever it costs to make and distribute that product. However, the influencer will perceive the gift as being worth whatever it retails for, which will be a far higher amount than the actual cost incurred by the brand.

For example, if a clothing brand sends an influencer a dress that costs $400 to make, but retails for $2,000, the gift will have “cost” the brand $400, but the influencer will feel as if they have received a benefit “worth” $2,000. Under such circumstances, both parties will feel better off than they would have been if cash had changed hands (assuming the brand wouldn’t have been willing to pay $2,000 and the influencer wouldn't have been willing to accept $400). This will naturally improve brands’ return on advertising spend by some serious multiples. In fact - going back to the Miss Teapot vs. micro-influencers example above - if the brand gifted products that cost 20% of retail to 20 micro influencers, the return on ad spend would be 2000% higher than paying cash to Miss Teapot ($0.10 vs $2)!

This difference between the “cost” and the “perceived value” opens the floodgates to thousands of smaller companies that can afford to deliver products and experiences at cost price, but would struggle to afford the cash payments commanded by the type and/or number of influencers needed to scale their marketing efforts.

Launching and managing a gift-based campaign

Now that we’ve discussed some of the benefits of offering (or accepting) gifts over cash incentives, below we’ve set out some practical considerations to bear in mind when launching a campaign. To maximise your return on ad spend, look beyond the high level demographics of an influencer’s audience such as location, gender and age range. Instead, focus on the audience’s brand affinities and interests, as well as the influencer’s broader engagement rates and audience credibility. There are various tools and data analytics providers you can use to help with your search, some of which can quickly identify accounts propped up by bots and fake followers.

Keep your outreach message concise and highly personalised, otherwise you might struggle to cut through the noise and catch your target influencers’ attention. Perhaps comment on some of their previous campaigns, or what it was that drew you to them (and don’t simply mention the size of their following!). Also, be sure to hedge your bets, as response rates can vary wildly depending on, for example, influencers’ capacity, their attitude towards collaborations, their perception of your brand, the distance between Mars and Venus, and so on.

Once you’ve agreed terms with an influencer, document these in a contract. Be sure to clearly spell out the deliverables, including the obligations of each party (which social channels, how many posts, how many stories, when should they post, what they are expected to promote, what is the call to action etc.). Also consider whether you might need a licence to re-use the content created during the campaign, as this may need to be negotiated.

Loosely discuss with your collaborator(s) what you’re looking to achieve. However, give them as much creative freedom as possible, as being too prescriptive can backfire. They will ultimately know their audience(s) best and will want to stay true to the style and persona that got them to where they are. As a quick tip, commissioning a series of posts that tell a story over time (rather than one-off posts) can deliver far better results, as audiences tend to find this more authentic and perceive greater authenticity and passion for a brand following repeat mentions.

Data is key to helping you fully understand the effectiveness of your influencer collaborations, so continually review and monitor key engagement metrics. Over time, these insights can help you to assess, adapt and transform your marketing strategies, reducing that all important cost per engagement. Again, various platforms can help you along the way.

Once a campaign is over, strive to build long-term relationships with the most effective collaborators. In doing so, you can move away from one-off transactions and instead focus on developing deeper connections with select influencers (and, most importantly, their audiences).

Of course, gifting will not work for all forms of brand partnerships. Some brands may make products or offer experiences that are simply too expensive to give to micro-influencers (there are few influencers that can command a free Tesla or an all expenses paid trip to the Maldives!), whilst others may want to promote a concept or an ethos, rather than a brand.

However, hopefully this article will have led you to the conclusion that where possible, offering gifts over cash may be more economically beneficial for both brands and influencers (particularly micro-influencers), and help to create a narrative that is more likely to resonate with - and therefore influence - an influencer’s following. 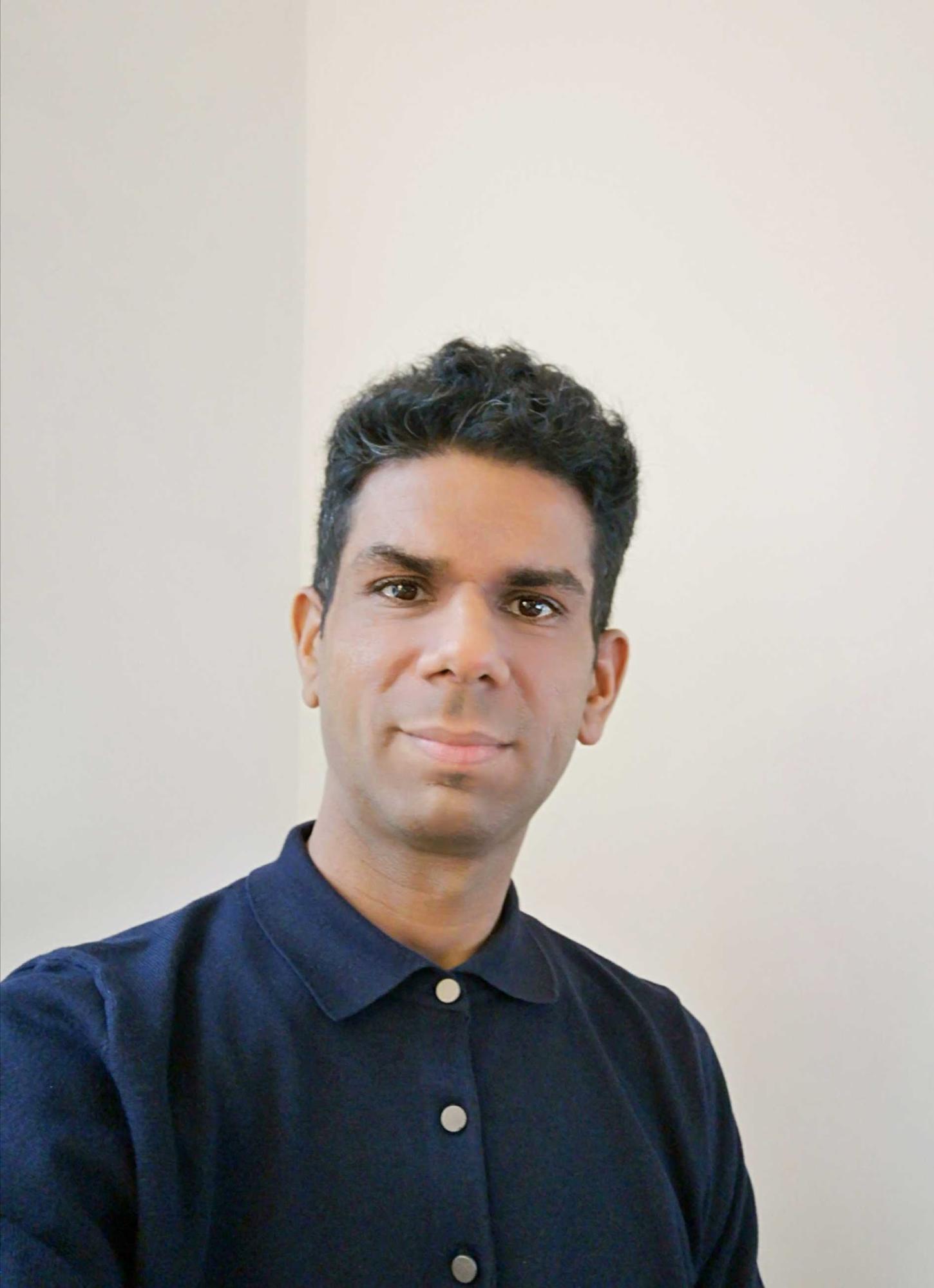 Saleem Yaqub is Founder and CEO of PitchBoard, a cutting-edge influencer marketing platform purpose built to help brands seamlessly scale their micro-influencer collaborations. Its sophisticated, user-friendly workflow tools enable brands and influencers to negotiate fully bespoke incentivisation packages (cash, products, experiences or a combination of the three), then effortlessly and efficiently manage all aspects of the collaborations from a centralised space.