There seems to have been a kind of paradox at play in the development of #paid. Don’t pay too much attention to the numbers, they appear to be saying, so that you can improve your numbers. The platform’s creators probably won’t like reading that—influencer marketing is as much a science as it is an art— because numbers are a driving factor through all stages of a campaign. I can already predict the hairs raising on the backs of their Canadian necks, politely interjecting that, sorry, numbers are indeed very important to the success of their platform.

It’s going to be OK, folks. You write the code; I’ll write the review. And trust me, you’ll like where this is going.

Founded in 2014 by Bryan Gold and Adam Rivietz, #paid shied away from traditional models of influencer marketing. That’s really saying something because in 2014, influencer marketing wasn’t established enough to have any traditions at all. Still, the industry—such as it was—maintained a focus on reach and engagement, measuring them with the bigger/better/more attitude that you’d expect from marketers and brands alike. The more followers an influencer had, the better they were to represent a brand, leading to more awareness and customers. Nowhere in that equation, however, was there a consideration made toward sales, or a strategy beyond awareness, or anything else involving just what to do with the awareness you’d created with a campaign.

While most of the industry has caught up in this respect, having evolved beyond a simplistic “increase exposure at all costs” approach, #paid deserves credit for being one of the first to see the potential of influencer marketing as a way to humanize a programmatic approach to marketing and sales. They did this by emphasizing two things:

With these two basic ideas, #paid differentiated itself by rejecting influencer marketing as a purely numbers-based game. Influencers should be creating exciting content, and should be a good fit for a brand—these two criteria are more important than reach. The years since #paid’s launch have shown that quality micro-influencers deliver more value than a Kardashian any day of the week. We all know this now, but it wasn’t the conventional wisdom back then. And the quest to discover influencers who could deliver reach to a large number of people ended up preventing marketers from considering whether they were reaching the right people.

In the years since influencer marketing really took off, the stories of marketers hungover with regret—about spending too much, or thinking too little—in pursuit of huge, indiscriminate audiences have become commonplace. Meanwhile, #paid customers seeing real results—brands like Coca-Cola, Starbucks, Uber Eats, and Ikea—have also become pretty common. There’s probably something their approach.

#paid offers two levels of subscription and also offers customised plans for larger brands and agencies. The two monthly plans are priced squarely in the SMB price range, good news for smaller businesses looking to push campaigns through a marketplace.

Regardless of your subscription tier, everybody has access to these features as part of their campaign management:

On the surface, #paid appears to function like any other influencer marketplace. You create campaign briefs that describe the goal of your campaign, the scope of the content you’re looking for, and a little about who the ideal creator might be. It differs in two key aspects, though.

The first is during the campaign setup process where brands set their budgets. Here you become aware of a unique feature offered by #paid: Whitelisted Ads. Essentially this lets you whitelist certain creators and content for use with paid Facebook and Instagram ads. While many platforms make it easy for you to repurpose creator content into paid ads, #paid connects with Facebook Ads Manager and allows these ads to be pushed into timelines and feeds under the creator’s actual handle. While it will still be marked as a sponsored post, the fact that it’s not coming from a brand account gives it a more authentic feel to audiences. With whitelisted ads, you can reach your target audience without being restricted to just those who follow your influencer. 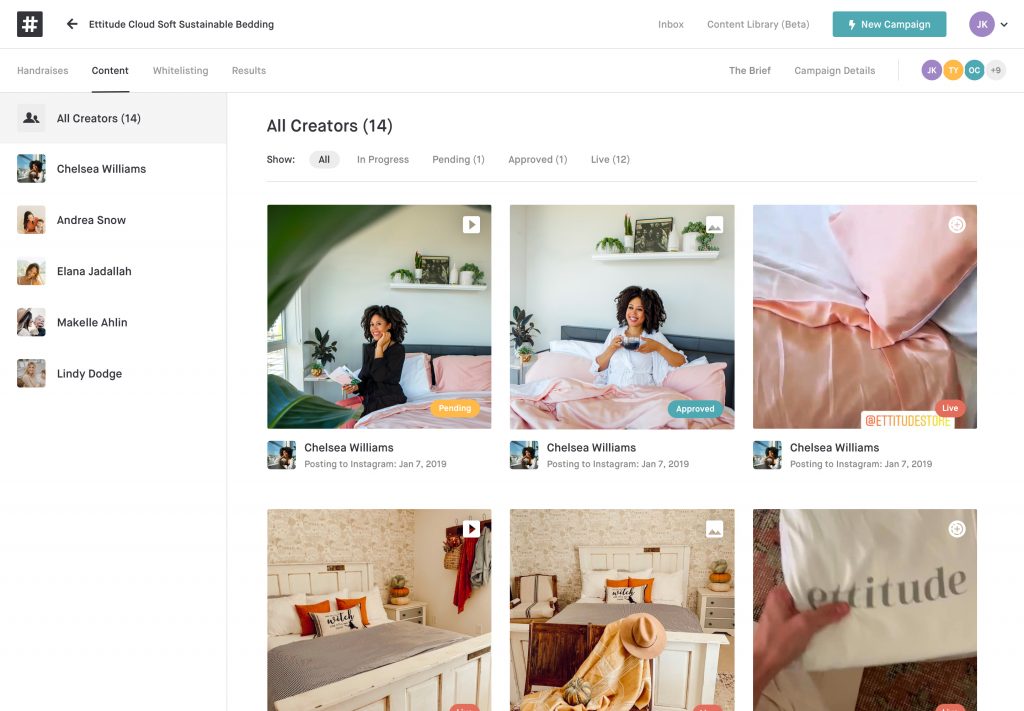 During the campaign setup, you can specify the percentage of your budget allocated to organic posts and to whitelisted ads. With a budget and a whitelist, you’ll have a ready-to-deploy campaign waiting for you in Ads Manager. From there it’s just a matter of tweaking any setting if you want to, or just launching the paid campaign if you don’t.

Another big deal is the eminently human approach to influencer discovery. With most marketplaces, you publish your brief, creators who are algorithmically determined to be compatible get notified, and then those who want to participate can send their pitches directly to the brand. With #paid, there’s something called a Handraise, which is very much what it sounds like: they “raise” their hand to signal interest, and wait to be called upon. The Handraise is more than the push of a button, though. Creators are expected to write a message that describes why they believe they’re a good fit, and what their strategy for the campaign might be. 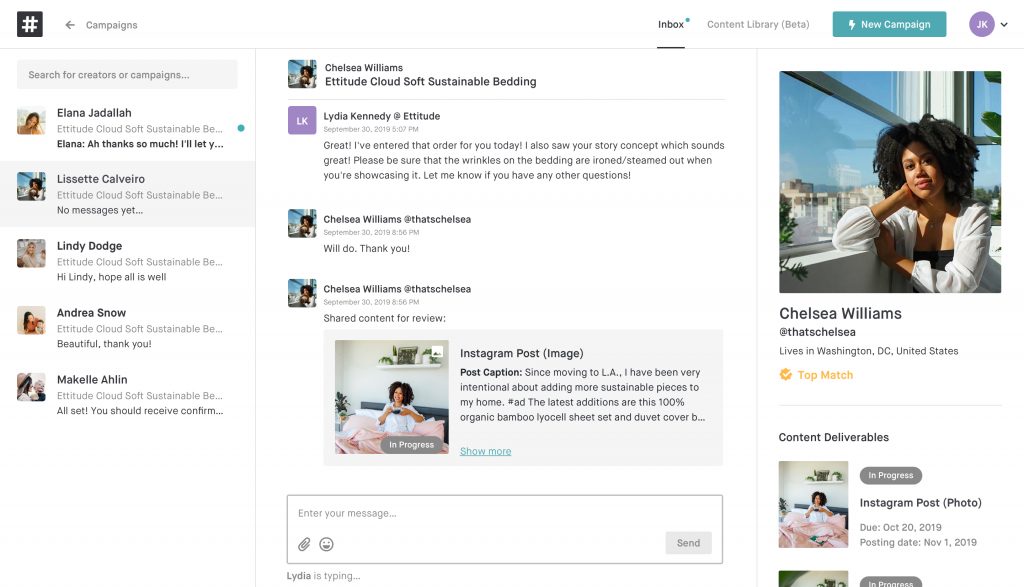 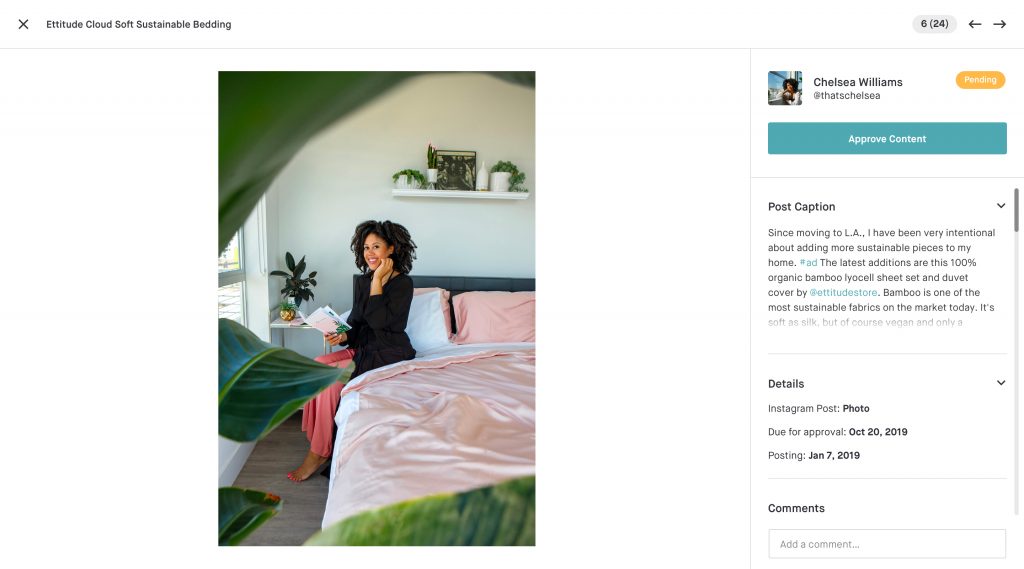 What’s different here is that the brand doesn’t see these initial expressions of interest. #paid has a team of people who vet each and every creator submitting a pitch before the brand ever sees them. They’ll do a full and thorough accounting of each creator’s background, audience, and past content. They’ll review the Handraise Message to see what they have to offer for the campaign specifically. The team at #paid will then accept only a portion of those who responded, at which point they’ll pass of this whittled down roster to the brand. While this process may add a little time before brands see responses to their campaign brief, the time savings here is profound.

Think of it: the platform contains over 20,000 creators. When a campaign brief is published, #paid’s algorithm only shows it to those who fit the criteria of the campaign, from their demographic information, content categories, and if their audience is suitable for the campaign goal. Maybe that number is in the hundreds. Then more get filtered out as creators apply for consideration. Then just a handful of them—the most suitable—make it to the brand to review. Going through maybe a dozen or so handpicked influencers is an easy day at the office compared to sifting through hundreds of responses. From there, brands can review their options, performing a final round of vetting to make sure they like what they see. 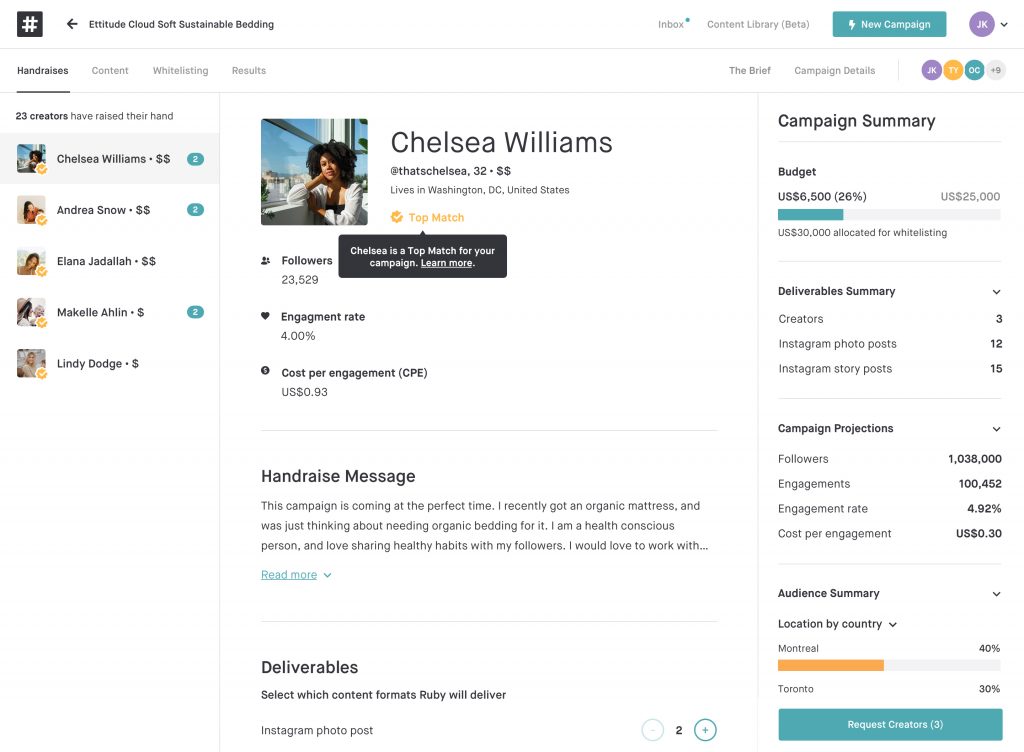 Once they do this, it’s just a matter of specifically requesting the type and amount of content. Because a creator’s rates are fixed upfront, there’s no time wasted going back and forth negotiating. Brands simply put together an order for content—say, 2 posts and 2 stories for Instagram—and they’ll be shown a running summary of the campaign as they send requests to creators. They’ll see where they’re budget’s going, a prediction of results, and metrics showing what those projected results will cost. 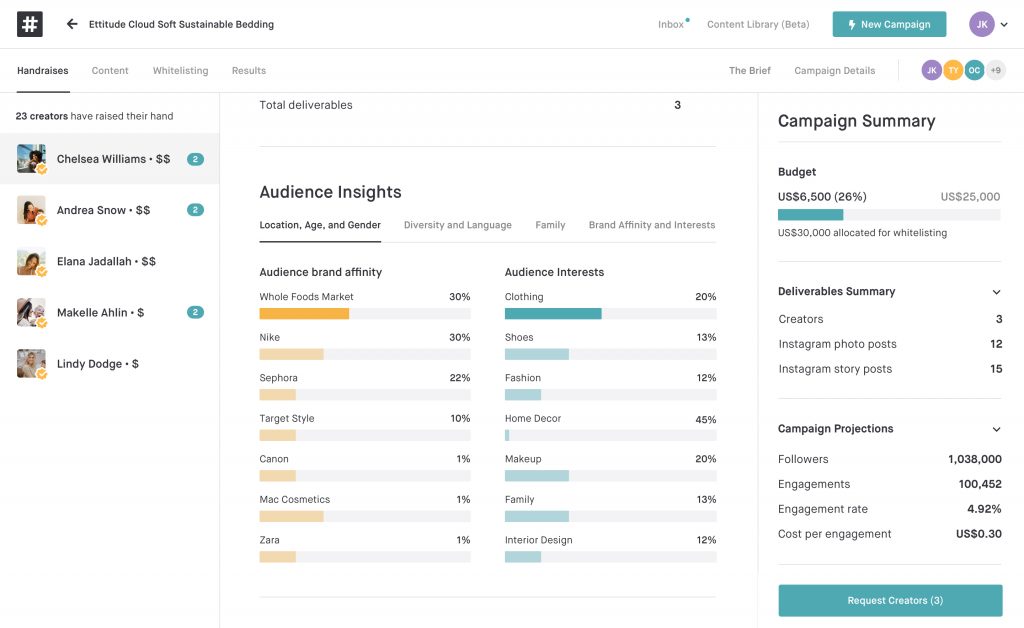 All of this accomplished with an interface that’s remarkably clean and easy to work with. Kudos must go to the design team because the simplicity of the interface hides the complexity of what the platform can do. From creating campaign briefs to the very thorough reporting that’s available at the end, there’s no point at which users will feel overwhelmed.

With the form and function of an influencer marketplace, #paid presents an easy way into building influencer campaigns for any brand. But they’ve taken that foundation of what the marketplace is and transformed it into something that’s much more. Marketplaces are usually built to appeal to smaller brands, looking for easy and cost-effective (read: inexpensive) ways into influencer marketing. #paid operates under no such pretensions.

Their target customers are large businesses with big marketing budgets. And they’ve created enterprise-level software that mimics an SMB platform—but only on the surface. Under the covers is something more complex, mixing high tech with a human touch. It’s self-service, but also isn’t, as evidenced by the discovery process. And it’s something that some of the companies have already used and found success with. No doubt more companies will soon experience the same. 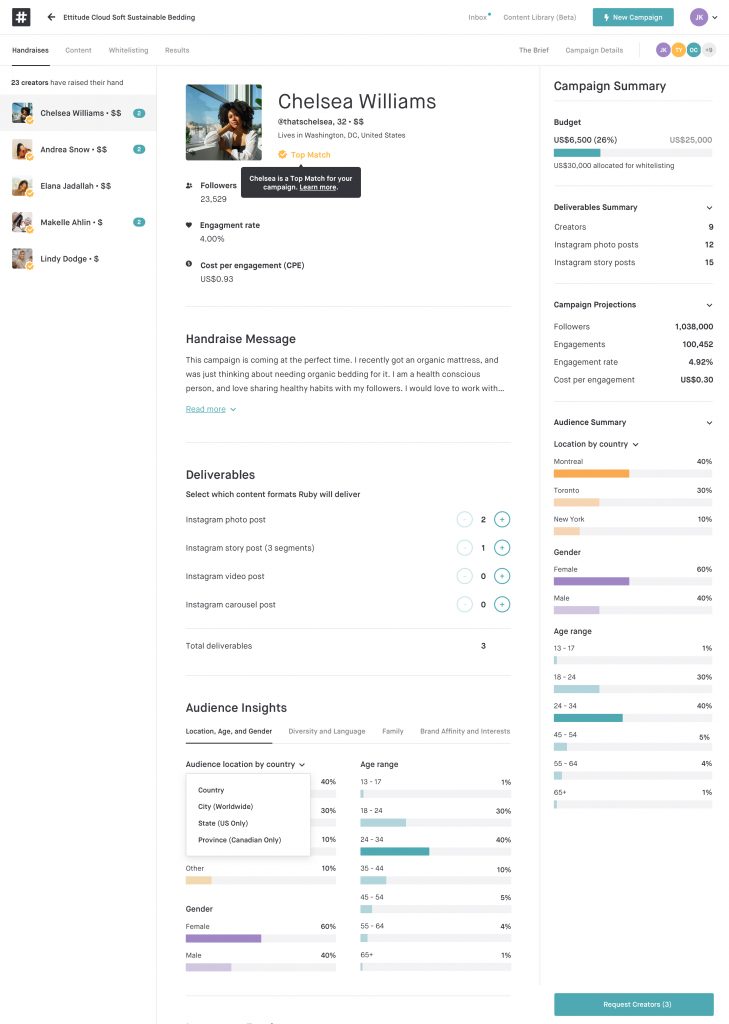