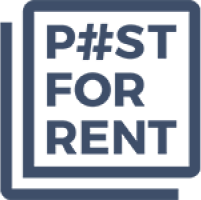 When Influencer Marketing first gained recognition as a viable advertising strategy on social media, it was because of what everybody referred to as its “authenticity.” Influencers were real people with loyal followings; in many cases those followings matched the reach of bona fide celebrities, but influencers had more meaningful connections with their audiences. Their endorsement was akin to someone hearing it from a friend instead of a paid spokesperson, because they weren’t getting paid.

Until they did start getting paid, at which point the authenticity did take a hit. The flood of influencer marketplace platforms didn’t help, given that this particular form of marketing software prioritizes transactions over trust. Post for Rent made its debut in 2015, just as this wave of software and criticism was gaining momentum. And while they did themselves no favors at the time by choosing a name that emphasizes the transactional part of influencer marketing, everything else about the company and its platform said the opposite. Post for Rent was about more than just a pay-for-play mentality.

We noted this in our first review of the platform a few years ago, and the same thing remains true. One could point out Post for Rent’s influencer outreach activities, like the virtual influencer “headquarters” they built in Decentraland, one of the virtual worlds populating the metaverse. Or the wealth of data that accompanies each influencer's profile, so brands can make informed decisions about the relevance and appeal of influencers they’re interested in. These are good indicators that Post for Rent is committed to nurturing lasting relationships between influencers and brands. But really, the fact that they run a full service creative agency with a whole roster of influencers, in addition to their software, tells you everything you need to know. Post for Rent has skin in this game, too. They want the influencers that will be successful, not just some mercenaries looking for a quick buck with product placement.

This is why Post for Rent has caught the attention of brands large and small, and of agencies and talent managers, as well. The result is something that’s less a marketplace and more an ecosystem comprising all the interconnected parts of the influencer marketing landscape. The depth and breadth of tools and data available here goes further than many of its competitors do, which is probably what attracted companies like Nike, HBO, Uber, and Coca-Cola. Don’t let those big names fool you, though: Post for Rent works for small and medium sized companies, too—including solo Talent Managers and tiny startups. Read on to see if it would work for you.

Post for Rent
Post for Rent is a marketing platform that mixes the efficiency of influencer marketplaces with the data insights of an enterprise software suite.
Pros and Cons
Manage efficient and effective marketplace campaigns
X-Ray reports offer much more insight into influencers and their audience than is expected from a marketplace
Lookalike influencer recommendations speed up discovery
Post-campaign reports pale in comparison to the X-ray reports
Language/translation issues pervade in the English version of the site
Confusing pricing structure
Best for: Brands and Agencies of all sizes, in Europe
Ratings
Features
5.0
Ease of Use
4.8
Reporting
4.5
Overall Score
4.8

Post for Rent’s pricing is probably our least favorite thing about the platform. It’s not that it costs too much; it’s just confusing. In their attempt to appeal to businesses of all sizes, they’ve made the menu of options a little too a la carte. There aren’t any subscription plans, per se, just different tools that you can pick and choose from, each with its own limits, conditions, and—for a few—extra fees.

It’s been a few years since we looked at Post for Rent, and so we expected to see some big changes. But we also reviewed them really highly last time, so we wondered: what could they really change? The good news is that, for the most part, the platform remains as it was, with a rebrand and some aesthetic tweaks to change the overall look and feel of the platform. Long time subscribers to Post for Rent will have already noticed this, but they also aren’t reading this review. You are, though, so for your sake, we’ll simply note that the new look and navigation menu are just fine and get right into the features that you’re likely curious about.

Logging in brings you to your Dashboard, which gives you a summary of active campaigns, with links to Post for Rent blog posts and their knowledge base at the bottom. Down the left side of the page is the navigation menu, with the options listed in an order that somewhat resembles a logical workflow.

First order of business is Discovery, which is well-implemented but nothing really revolutionary. That’s not meant as a demerit for Post for Rent; it’s a solid search tool with plenty of filters to refine your results, much like any marketplace Discovery engine. What’s worth talking about, within the context of finding influencers, is Post for Rent’s X-Ray tool. Here, they’re going above and beyond their competitors. Most other platforms would call this the “Influencer Profile,” but the term “X-Ray Report” is more than just slick branding. These reports really do go deep and give a holistic view of the influencer.

When you run a report, you can choose to run it against an influencer’s Instagram, TikTok, or YouTube account. The report overview will give you a summary of their stats (followers and engagements) for all three channels, including how much they charge for each kind of post, and how responsive they are to brands on the platform. The real meat of the report is found in the Audience, Performance, and Content analyses. The audience data is, in a word, excellent. You can see a breakdown of the audience’s demo- and psychographics, their overall credibility, and you can see this as it relates to either their larger audience (followers), or just the engaged one. One criticism here is that the report tells you what percentage of their audience is “notable” (meaning, influencers or other accounts with large and engaged audiences), but then doesn’t zoom in to tell you which accounts are the notable ones. Another criticism is the confusion caused by requiring you to select one of three channels to analyze, and then the report shows you the analysis for all three anyway. Beyond the Audience report is the Content and Performance analysis, and all three of these sections show you data for all three channels. This is a good thing, so we’re curious why there’s an added step to accommodate a limitation that doesn’t exist.

This is likely due to Post for Rent still being in the middle of working out the kinks in its new interface, as this was not the only one. As we toured around the platform, and looked in the performance section of the X-ray report, there was one graph that required some follow up looks:

You’ll see it says “Last 8 Posts” at the top, but the timeline of the graph goes back a year. One would expect a lot more posts out of a quality influencer over a 12 month perioid, and the content analysis showed that, indeed, there were much more than 8 posts over that time. So what’s wrong here? Post for Rent responded the wording was wrong at the top; it should say “Last 8 months.” OK, but: first, that’s a weird segment of time to analyze by default. Second, the graph timeline clearly shows 12+ months. There’s something wrong here, but it’s not just the word choice. And this isn’t a big deal for the long-term, it could easily changed (and maybe it has been by the time this was posted). Still, it’s an issue that something that glaring made it into a production version of the software.

Outside of this, though, Post for Rent exceeds expectations for a marketplace. The X-Ray report is an invaluable tool. Beyond telling you what you need to know about influencers you’re interested in, it also recommends other influencers similar to the one you’re looking at. These lookalike searches are a highly effective Plan B for marketers who need backup options to their first choices (or they could just be more first choices). Adding on to the business intel that the X-ray provides is the Comparison Analysis, which aggregates all the most salient data points found in an influencers profile and compares them side by side with other influencers. The comparison analysis is exportable to a .XLSX file, which isn’t the prettiest option—but it is the most useful, because excel allows you to organize the data any way you want and focus on the things that are most important to you.

The same high praise is due for the campaign management module. It’s extremely well organized and thorough. Every aspect of managing a campaign is here: do you need an at-a-glance understanding of where you are in the process? Post for Rent’s campaign overview gives you that: looking at the summary of all active campaigns, for example, tells you a real time status—reach and engagements for active posts, how many influencers you’ve engaged with, and how many pieces of content have been posted. Click your way into an active campaign and you’ll get an overview of engagement (total posts, total reach, likes, comments, etc) for the whole campaign. Clicking into the “infleuncers” section of the campaign divides them up by where they are in the life cycle: who’s waiting for approval to participate? Who’s completed the assignment? Content is organized similarly: who hasn’t submitted anything yet? Who’s already had their content accepted?

If only the campaign reporting were as thorough as the campaign management. All the stats are just that: stats. You’ll know what your reach and engagement were, and you’ll be able to see that info filtered according to things like location, age, and gender, but that’s about it. There are no insights into the audience you reached, much less the ones who engaged. There’s no ROI calculation, or media value estimates, no actual deep analysis into the audience like you get in the X-Ray report. This is frustrating, because Post for Rent gives you all the tools you need to succeed, but not enough of the tools you need to do better in the future.

Post for Rent’s long history says a lot of good things about the platform. We’ve seen a lot of marketplaces come and go over the years, but this one has so far stood the test of time. The latest improvements were largely aesthetic, and left some unwanted residue behind (in the form of mislabeled charts and misspelled words), but aesthetic problems are only matters of appearance and easily remedied. What’s important here is that, for those who like to rely on influencer marketplaces for their campaigns, Post for Rent has made one that’s definitely worth checking out. It’s rare to find that combination of marketplace efficiency and agency-driven authenticity, but Post for Rent has achieved it. If they can improve the post-campaign reporting to match the detail of their Discovery data, it would be hard to find anything wrong with it.