If the history of influencer marketing could be measured on a geological timescale, Traackr is a company that’s been around since the early Paleozoic. Founded way back in the prehistoric days of 2008, Traackr is as old as the industry itself. Like any good prehistoric beast that’s somehow survived through eons, a little adaptation (or a fullscale evolution) is at the heart of its staying power.

Back in 2008, Traackr emerged with a product that might even have seemed utterly pointless at the time: a way for users of various social media channels to measure the reach of—and response to—their posts. It might seem obvious to us in the present what a service like that is good for, but back then? Not so much. This CNET post from 2008 goes into detail about what Traackr did, but the author never mentions why it might be useful. The closest the piece comes to a reason is the inclusion of Traackr’s logo at the time, along with its tagline, “Promote Yourself.”

By the end of 2009, however, there was a much clearer reason for all of this, when Traackr released something called the Online Authority List. A precursor to influencer search platforms, the OAL allowed marketers to find and track social personalities with big followings in the hopes of recruiting them for marketing campaigns. This article refers to such people as “influential online voices,” because no one had thought to refer to them as influencers yet. This is how long Traackr’s been at it: they’ve been providing tools for influencer marketing before it even had a name.

And here we are now, in 2020, the start of a new decade. The industry has steadily evolved to the point where we can call it an industry, and Traackr’s grown right alongside it. Or, rather, right in front of it. In the early days of influencer marketing, when reach and engagement were pretty much the only metrics people cared about, Traackr was one of the few platforms leading the way on the importance of data and analytics. There’s a tendency for people to confuse those two words, to think they’re the same thing. They’re not, of course, and nowhere is the difference more easily understood than with Traackr.

Data is raw information, whether that’s the number of followers an account has or how many likes a post has, among many examples. Analytics is the actual understanding of that data, the way to look at the raw information so you understand its context and implications. The more data that’s collected, the more accurate/insightful the analytics can be. Because Traackr’s been keenly focused on data collection for such a long period of time, it’s no surprise that the platform’s analytics go deep.

This is why huge brands like Microsoft, Google, Nissan, Coca-Cola, and Chipotle rely on Traackr. They’re not just getting top-notch software for managing their own influencers and campaigns, they’re finding out how well their competitors are doing with theirs—and learning industry trends in their verticals to stay ahead of the game.

Access to the platform is granted through annual or multi-year subscriptions. For specific pricing, you’ll need to talk to Traackr directly, but in general, the platform is a good fit for medium to large-sized brands and agencies. 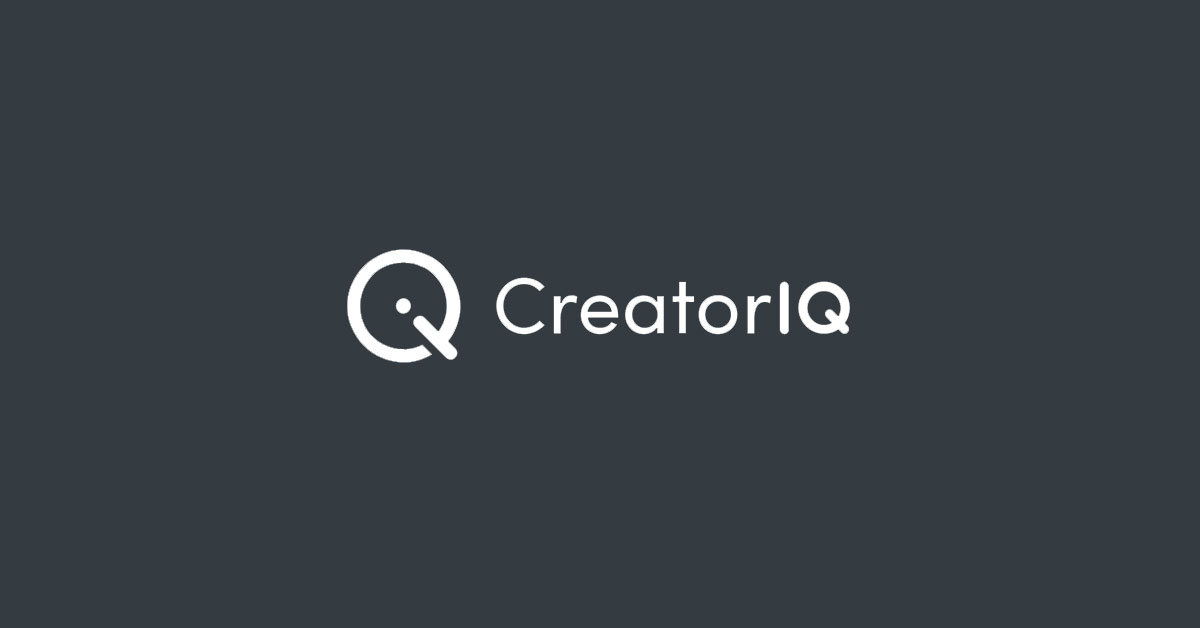 Since its beginning, the focus with Traackr is the influencer relationship; that’s evolved over the years but the same commitment to a holistic approach is apparent in the newest feature added to the platform: the Influencer Market Benchmark. With the IMB, Traackr enables brands to look at how their influencer efforts are performing, but also gives insights as to how their overall social web presence fares compared to other brands. You can do this with as much or as little competing data as you want—a brand can measure itself against a handful of competitors or get a view of their place within an entire industry. 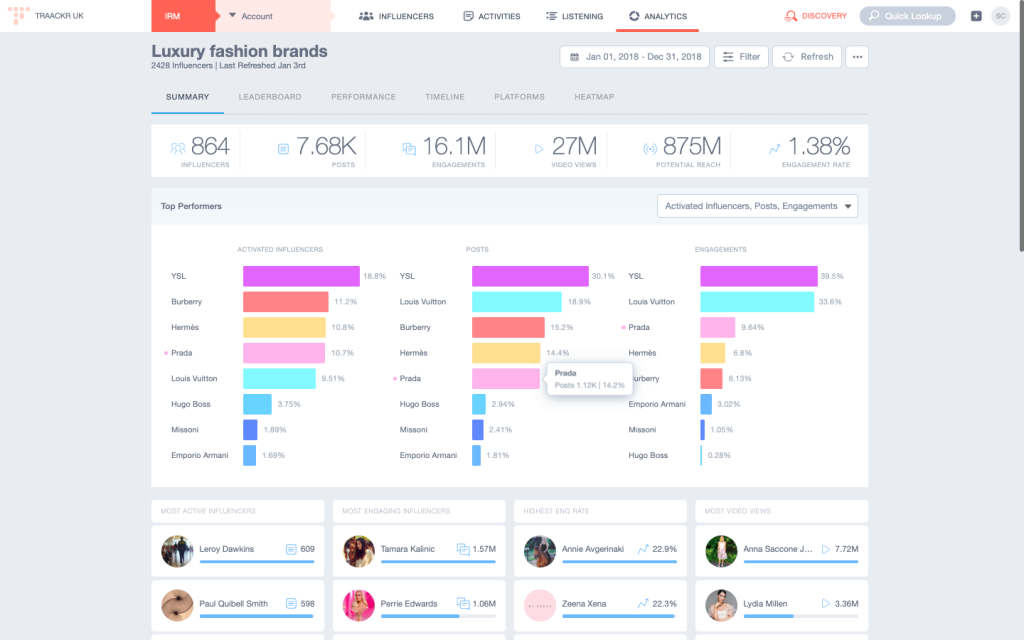 Other platforms offer data and analytics for this purpose, but there aren’t any who do it as fully as Traackr does. From the highest of bird’s eye views to the most granular details imaginable, the sheer amount of insight a brand can get out of the platform is fairly mind-blowing. On a summary level, you can look at a breakdown of different brands, across different categories, and get a quick understanding of who’s leading the way. For just a quick, at-a-glance understanding of how each brand compares with others, Traackr assigns what’s called a Brand Vitality Score, based on their social KPIs and weighted according to the overall audience quality. This isn’t a score along a fixed scale (i.e. 1 to 100); instead the numbers are unique and based on actual performance. The higher the score, the better a brand is doing—naturally—and this open-ended quality means that performance is all relative. Maybe your brand has a low score, but if it’s higher than everyone else’s you know you’re on the right path—and there is always room to improve. 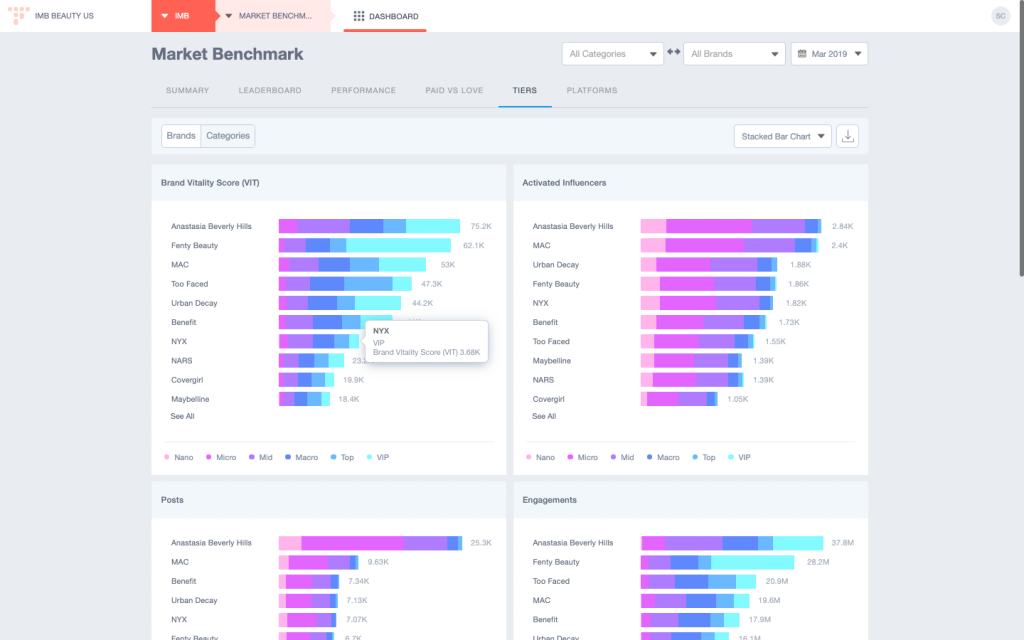 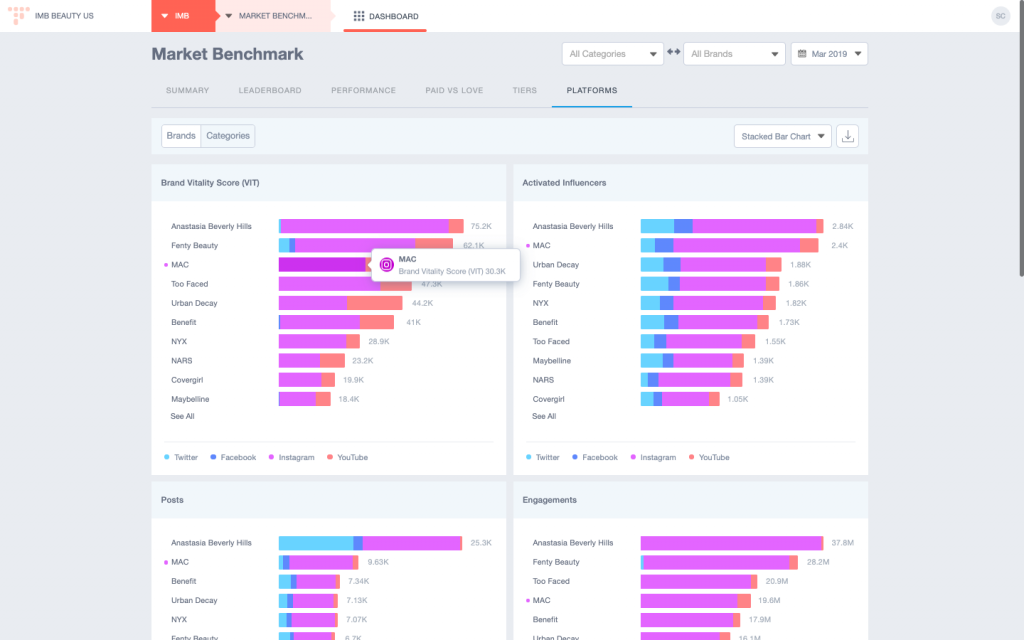 Drilling down into any of the IMB metrics provides a wealth of information. You can see where you and competitors are allocating your influencer budgets. Are you spending more on micro-influencers? Too much on top tier VIPs? Which platform is performing well? Is your reach entirely made up of paid posts or is there an organic/viral component to your content’s visibility? How are your paid posts doing, and whose responsible for their high or low performance? You can drill down even further by clicking on the relevant parts of the IMP graphs and see the influencers and content that were taken into account to present the data. The IMB tool is a rabbit-hole of information that marketers and agencies are going to love going down. 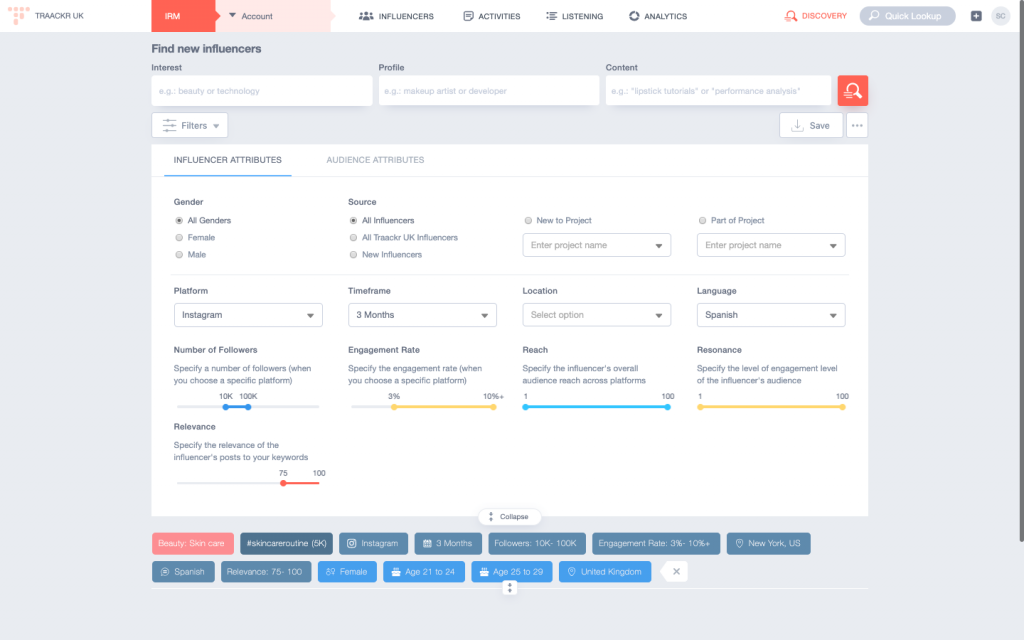 Of course, with data being so crucial to everything Traackr does, it should be no surprise that influencer discovery and campaign management are as thorough as they are. Searching for influencers on the platform doesn’t end with you simply organising favorites into a list. Searching on the platform does begin with a pretty comprehensive search through Traackr’s database of influencers, though. The influencer discovery function offers a dizzying number of options to search and filter by: topic keyword, locations, languages, influencer age and gender, brand affinities, and social channel. Using new Audience Attributes tool you can also filter by a demo- and psychographic data for the influencers’ followers. 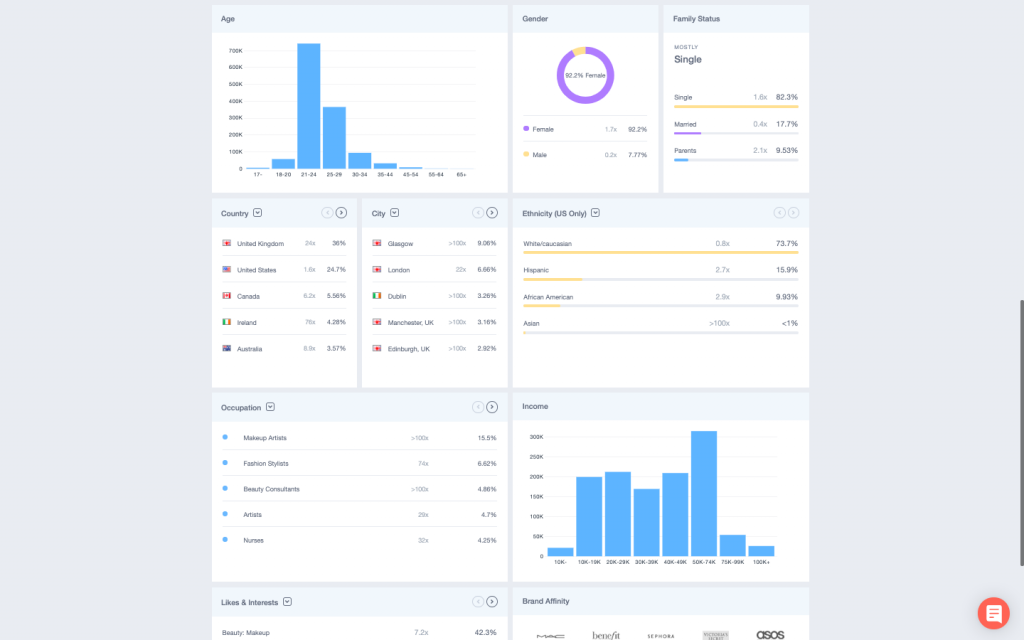 As for the influencers themselves, the database isn’t an opt-in network, but it’s also not entirely automated, either. Humans are involved in its curation, and there’s an algorithm that goes out and gathers all the data. If there’s an influencer you want to work with who isn’t in the database, you can manually enter their username from one service, and Traackr goes out and finds all of their social channels, then indexes posts and statistics. Influencer data is also analysed so that each person in the database gets a score on two metrics—Reach and Resonance—ranking them relative to everyone else on the platform. Especially handy is the Audience Quality score, which goes further than just assigning an overall number between 1 and 100. You won’t just see the breakdown of bad and good followers, you’ll also know WHY they were categorised as such. Mass followers are bad, but not as bad as fraudulent or suspicious ones. Real people in the audience are good, but not as good as other influencers who can potentially amplify your content. 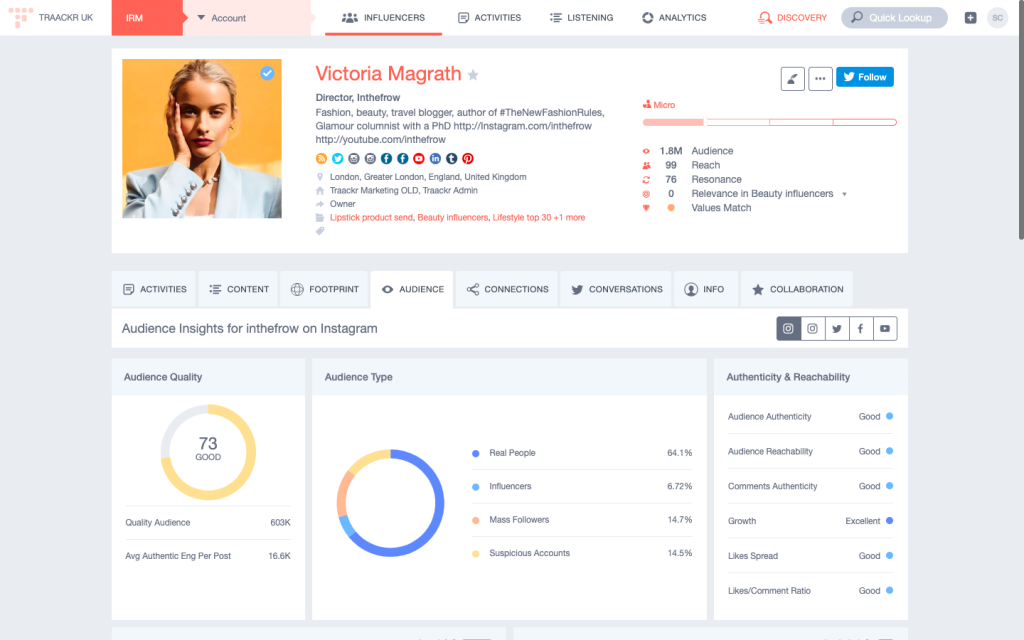 Once you’ve added influencers to your network, Traackr gives you plenty of ways to organise them. You can group them according to topic, tier, and brand affiliations, among others. When you’ve created campaigns on the platform, you can group influencers into these, as well—and as you’d expect. But Traackr offers another way to organise your influencers: relationship stage. This makes it easy to segment your influencers based on, essentially, how close you are. If it’s someone you’ve just interacted with a couple times, you’d put them in the “Aware” group. Have you developed a rapport? They’re “Engaged.” Have they posted on your behalf or mentioned you positively? “Advocate.” What’s great about this is how much it simplifies collaboration across the marketing team. Anyone in your organisation can know at a glance where you’re at with an influencer, and adjust her approach accordingly. The goal, or course, is to move everyone over to “Advocate.”

In addition to the standard performance data about influencers’ social profiles, Traackr offers plenty of space to customise the data you store about them. Team members can add notes about interactions, and store any other relevant information—maybe their shirt size, if you’re sending samples to them. All communications—and I mean all communications, like emails and social interactions—are stored on Traackr, too, so no one misses anything. It’s a true collaborative tool.

With that kind of attention to detail on the relationship management side, it’s no surprise that the campaign tools are as thorough as they are. Campaigns are easily organised, and Traackr’s collaboration tools simplify communication and ownership among team members. For each project, it’s easy to track influencers’ progress with their campaign content. Once content goes live, you can monitor its performance and track which influencers are getting you the most value. Post performance can also be tracked by keyword, to give you an idea of how much your campaign is influencing the conversation. You can see the Traackr approach in the analytics you get, where the goals they’re measuring are your actual influence, rather than just a collection of numbers of showing reach and engagement. 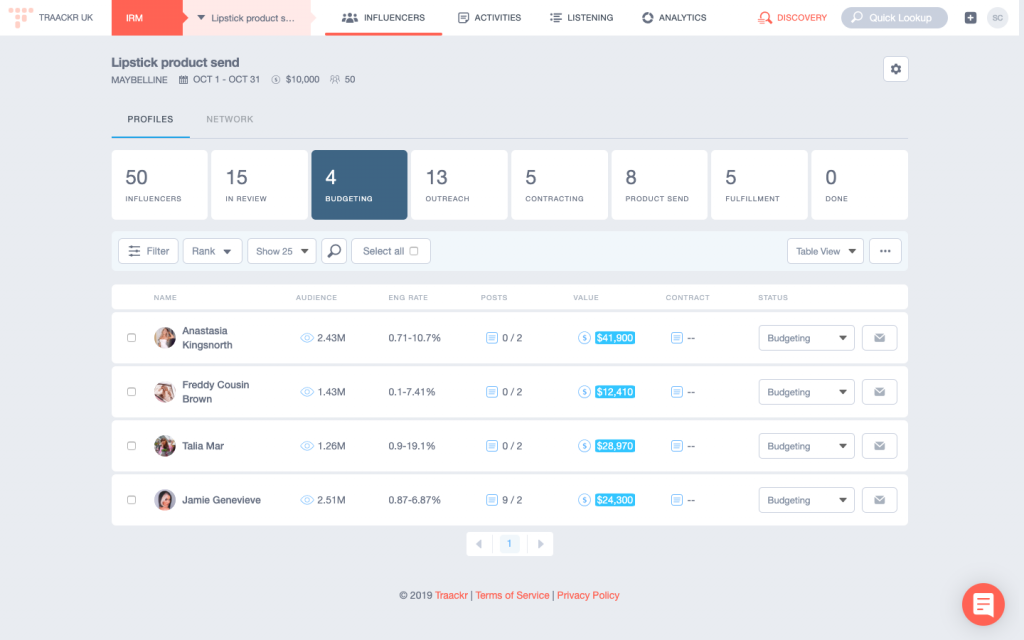 The Traackr database, and the platform of management tools they’ve built around it, is the result of the company’s slow and steady growth over the last decade-plus. At the heart of it is a vision of what they think influencer marketing is supposed to be. Traackr hasn’t shifted its focus away from the slow and deliberate dance of growing an influencer network that makes brands more influential. They’ve never tried to create a marketplace of content, nor have they tailored a solution to companies looking to do quick-hit sales campaigns. With Traackr, influencer marketing has always been about marketing to the influencer, with the goal of earning influence with their audiences. In its latest iteration, Traackr is also a top-tier research tool. Influencer marketing has evolved over its life to be something that’s more concrete than having popular social accounts hawking for brands. As a brand grows its network, and creates campaigns to build awareness, they also need to understand where they fit in the overall social landscape, enabling them to lead more conversations with greater reach. That’s the kind of influence that reaps long term rewards, like better and more loyal customers. 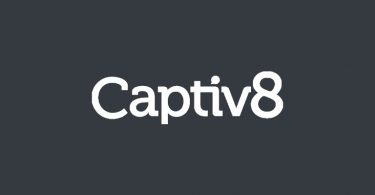 Captiv8 was founded in 2015, and three of its four founders had ties that go back even... 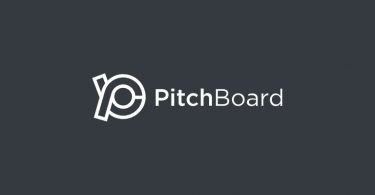 Pitchboard has elevated the idea of a marketplace by placing a bigger emphasis on data and analytics than most of its competitors do. They’ve done away with superfluous features that were until now standard, and focused on enhancing the strengths of influencer marketplaces. The result is a platform that can do a lot for its customers—and it looks great doing it. 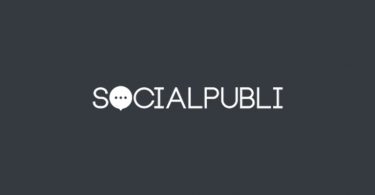 Overview Usually, the opening section of our reviews is dedicated to giving you, the...