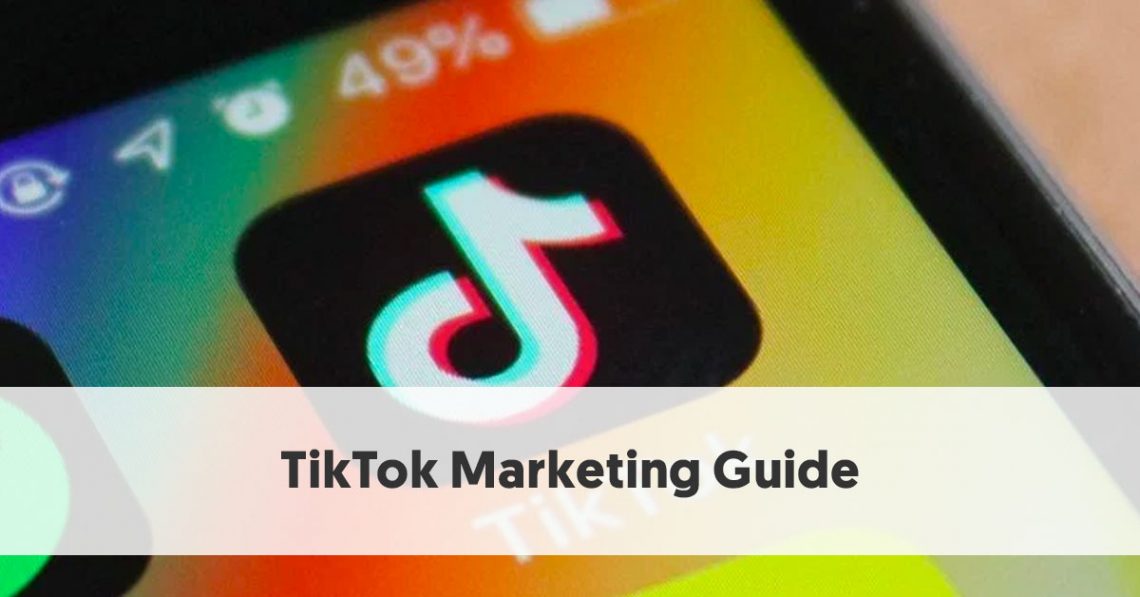 TikTok has seemingly exploded from nowhere to become one of the most downloaded apps in the world. It began life as a moderately successful video-sharing app – tagged Douyin in its native China and TikTok in the rest of the world. In 2018, however, it bought out the better-known app, Musical.ly, migrating all its non-Chinese users to a new combined TikTok platform. The company still operates Douyin as a separate app in its home country. It should be no surprise that marketers have begun to see the potential of the platform. This is our TikTok marketing guide, suggesting possible ways that businesses can make the most of TikTok and its young audience.

Probably the most significant impediment to TikTok marketing success has been that most marketers (and business managers) older than 30 have never heard of the platform.

It has made the news a few times lately because of concerns over whether it is safe for youngsters. This came to a head in early April when India’s Ministry of Electronics and Information Technology ordered TikTok be removed from app stores, after a High Court in Madras stated the app was encouraging pornography and other illicit content. The ban was short-lived, however, and the court lifted the ban on April 22, after TikTok more closely scrutinized its content, removing over 6 million videos it believed violated its terms of use and community guidelines.

That concern aside, TikTok has grown tremendously over the last year. The app was the most downloaded free iOS app over the first half of 2018. It also topped Google Play in October 2018. Overall, TikTok ranked third in the world in November 2018. 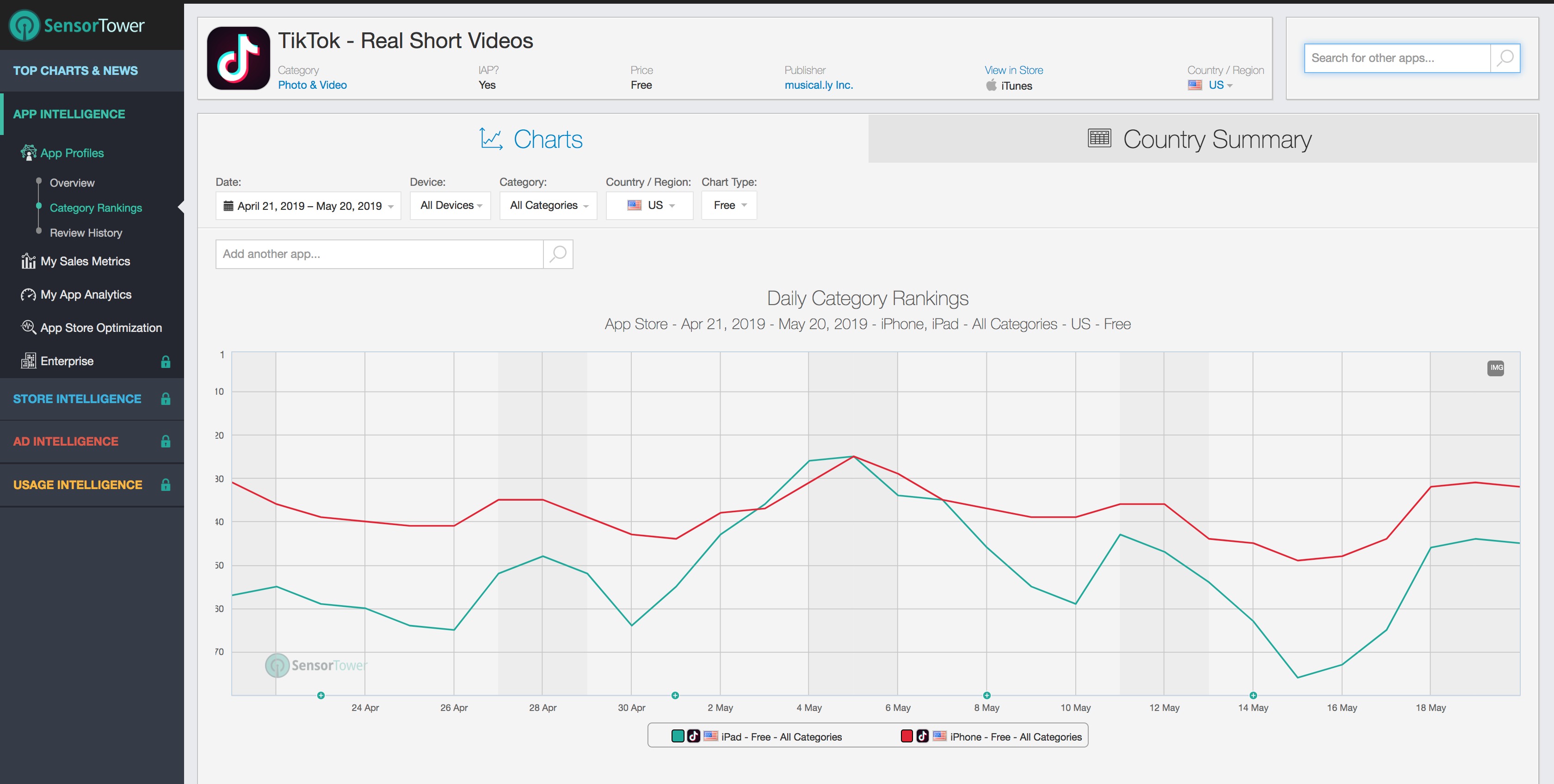 TikTok enjoyed over 1.1 billion installs as at March 2019. Users downloaded it more than 660 million times in 2018 alone, with a further 188 million downloads during Q1 2019. More than 500 million people globally use TikTok each month. The short-term Indian ban must have been a real concern to TikTok’s management, as 43% of its global users come from India (remembering that these figures exclude the Chinese users of Douyin).

TikTok encourages its users to upload short videos. Most of its former Musical.ly users simply uploaded videos of themselves lip-synching to music videos. The more talented, enthusiastic, and technically proficient members uploaded videos of original content, and it is these people who became the influencers on the platform.

Most TikTok videos are up to 15-seconds long, although you can create and share 60-second Stories-type videos.

Both the original TikTok and Musical.ly targeted the same audience – teens and tweens. Therefore, it is no surprise that the combined TikTok also focuses on 13-24-year-olds.

One thing that did change with the platform’s growth in popularity is that there is now more variety in the types of videos people share. They are no longer just music. Up and coming comedians performing stand-up routines, skateboarders showcasing their skills, pranksters, dancers, fashion buffs, budding beauticians, and craft fans, all take the chance to share videos demonstrating their talent. And now we are even seeing people sharing videos featuring them using their favorite products.

Of course, not all TikTok’s users have the confidence, bandwidth, or skills to create videos. Just as many of YouTube’s viewers are lurkers, merely looking for exciting content to consume, quite a few TikTokers also take a more passive attitude towards using the app.

Indeed, TikTokers don’t even need to follow anybody. They can simply open their app, go to their Discover page, and start playing videos that look like they’ll interest or entertaining. They can even search for videos on preferred topics by using relevant hashtags.

Over time, though, most TikTok users will come to like particular types of videos. They are likely to subscribe to channels that regularly share “their” types of video. Every TikToker has a profile page, and this highlights the videos they’ve uploaded.

Musciall.ly actively targeted Generation Z, with a female bias. It is too early to see if there is any real change with TikTok. It is still overwhelmingly favored by younger people, however, with 66% of its users under 30. A similar percentage of TikTok users are female.

It has international appeal, with large numbers of users in the USA, India, and in the form of Douyin, China. Douyin has reported 400 million monthly users.

Douyin has operated in China since 2017. In the beginning, over 50% of its users were under 24. Notably, those early Douyin uses appear to have stayed with the platform as they have aged, meaning that the average age of Douyin users has gradually crept upwards. As at February 2018, only 31.8% of Douyin users were under 24, with 23.4% of users aged 25-30, and another 23.4% of users aged 31-35. It will be interesting to see if we see a similar trend with TikTok in the rest of the world over time.

How Can Brands Use TikTok?

There are three main ways that brands can market on TikTok.

Many brands do a combination of running their own channels and working with influencers to spread content to a broader audience. You might try some of the ideas listed below on your own channels, or you may suggest that your influencers create and share these kinds of content.

Challenges are an essential feature of TikTok’s community. TikTok’s users love taking up a challenge and making and uploading videos accordingly. These challenges are usually given a #-tag name, to make them both memorable and easy-to-find.

Perhaps the best-known challenge was US tv personality, Jimmy Fallon’s #tumbleweedchallenge. He challenged users to upload videos showing themselves dropping to the ground and roll around like a tumbleweed, complete with a western music theme playing in the background. This led to over 8,000 submissions and more than 10.4 million engagements. Jimmy Fallon has continued to give TikTok challenges back since then.

Brands can also encourage hashtag challenges on TikTok. Unless your brand has managed to build up a popular TikTok channel of its own, you will probably do best to work with influencers to kickstart your #hashtag challenge. Once a #hashtag challenge is launched on TikTok, people can participate with just a few clicks.

Again, this is a type of marketing that brands can either base from their own TikTok channel, or alternatively, work with influencers to encourage their follows to create user-generated content (UGC) supporting the brand in some way.

If you can find a way to encourage your customers to share videos of themselves using or interacting with your products ins some way, you’re likely to get a high buy-in.

Chinese restaurant Haidilao discovered this with a DIY option on their menu. Customers who selected the DIY menu item created their own unique off-menu dish and then filmed the experience. Being Chinese-based, Haidilao encouraged their clients to share their videos on Douyin. 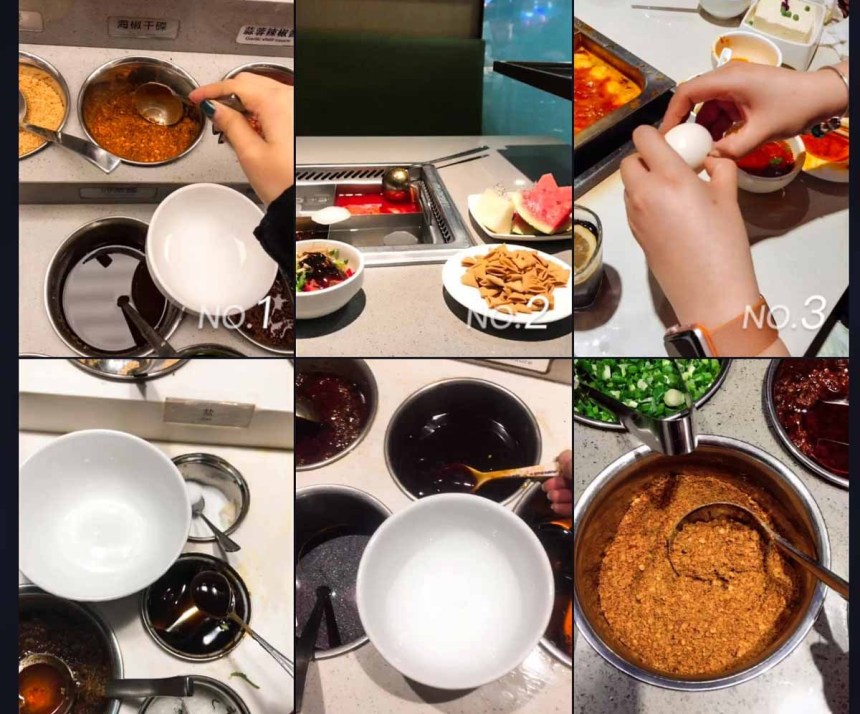 Once a few patrons uploaded their culinary attempts, others flocked to the restaurant so that they could also create their meal and video. Ultimately, more than 15,000 people requested the DIY option; 2,000 ultimately uploaded videos of their creations, and 50 million people viewed the videos. We have also developed a tool to serve as a guide to Influencer earnings on TikTok. This should give you a better indication as to influencer pricing for user generated content campaigns.

Of course, all the influence marketing techniques you see on other video-based platforms, such as YouTube, work on TikTok too. If your product suits an influencer’s audience, your TikTok influencer campaign should succeed. In most cases, you should leave it to the influencers to create the content – they know what their followers like.

Often all a brand needs to do is to encourage influencers to make videos depicting them wearing or using the sponsor’s product. Again, this will only work if the influencer is the sort of person who would typically use the product. There is little value trying to encourage an influencer to promote an inappropriate product. You’re not going to sell retirement homes or hearing aids on TikTok successfully.

Another side effect of TikTok’s young clientele is that they are far less interested in flash camerawork and high video production values. You need to trust your influencers enough to produce their videos their way – even if they look amateurish to a marketer’s eye. TikTokers are interested in originality and fun, rather than the quality of your videos.

TikTok has experimented with advertising over the last year but has not yet set up any formal profit-sharing system yet. However, they are getting closer to the point where more people will be able to advertise on the platform. They started showing short ads in January 2019.

They created an advertising pitch deck in late 2018, giving an indication of the types of ads that could eventually be made available to brands on Musical.ly. Somebody leaked the document to Digiday. Possible ad types include:

TikTok is currently testing ads in both the US and Europe.

Want to Run the Best Influencer Campaigns on TikTok?
Get matched with up to 3 Leading Influencer Agencies Get a Quote 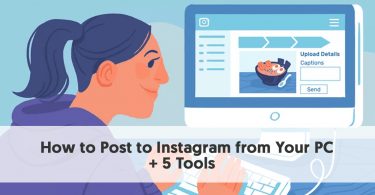 You can easily open up your Instagram account on a PC, by merely going to Instagram.com. You can see the posts in your queue, and the Stories at the...