Most of us grow up somewhat in awe of celebrities. Maybe we get to love them on the cinema screen, or on the smaller, but closer-to-home, television screen. Perhaps we rave to their music. Whether we are a Baby Boomer, a Generation X or a Generation Y (or even one of the few still left from the Silent Generation) we have our favorite celebrities, who we look at in awe, not to mention often barely suppressed jealousy.

What is a celebrity?

Most dictionary definitions are somewhat vague. For instance, the Collins English Dictionary definition of a celebrity is “a famous person – a show-business celebrity.” The Vocabulary.com definition goes one better, describing a celebrity as “a very famous person.”  Yet there are undoubtedly many famous people (perhaps even very famous people) who would not typically be considered celebrities. For many years Forbes has published a list of the 100 highest-paid celebrities of the year. It’s interesting to observe who they consider to be a celebrity. Its 2016 Celebrity Top 100 ranks Taylor Swift as the queen of the celebrities, raking in $170 million dollars over the previous year.

So how does Forbes come up with its Celebrity 100? “To determine the Celebrity 100, Forbes evaluates front-of-the-camera talent across the entire entertainment world–idols from Hollywood to Bollywood appear alongside Swedish soccer stars and American basketball players–creating a truly international list.” When you look at their list, you see that they have filtered their celebrities by Hollywood, Music, Sports, and Other. Celebrities classified as “Other” come from a wide range of genres and include Howard Stern (Radio), Kevin Hart (Comedy), Dr. Phil McGraw (Talk shows), and James Patterson (Books).

Some of these celebrities have held that status for some time now, particularly those whom Baby Boomers have grown up beside. Paul McCartney still ranks #25 on Forbes’ 2016 list, more than fifty years after first gaining celebrity status as an integral part of The Beatles. It may amaze many, considering where the media has focused its attention in recent years, that this is a place higher than Justin Bieber’s position. However, there are distinct rumblings in the world of celebrity influence. Celebrities may predominantly come from the worlds of Hollywood (movies and television), music and sports (with a few “others” to make up the numbers) but there seems to be a fundamental change when it comes to the allegiances of the youngest members of our society. The younger a generation is, the more fluid the definition and name of that generation seem to be. Everybody knows that a Baby Boomer is. The concept of who belongs to Generation X is almost as solid. It took some time for the moniker Generation Y to stick (these guys were once known as Boomers or Millenniums), but most people generally accept that Generation Y consists of those born from about 1980 to 1994.

The next generation, those born from about 1995 – 2012, are most frequently known nowadays as Generation Z. According to the WJ Schroder website, these tweens and teens number 23 million in the United States.  It appears that they are quite different from their forebears in many ways. One of these ways is how they consume their entertainment. The current teenagers are the first generation to have had the Internet available from a very young age. They have never known the world without the Internet. Most of this generation have had their own cellphone since a young age. Easy access to this technology has become the norm for Generation Z. Most of them have had a portable entertainment device in their pocket from a very young age.

This means that Generation Z has distinctly different patterns of media consumption compared to older generations. Which must bring into question, how many of Forbes 2016 celebrities will remain dominant in the future, as Generation Z ages and becomes more of an influence In the marketplace? Will younger celebrities on the list, such as One Direction and Justin Bieber, still be on the list in 50 years, as Paul McCartney is now?

It is perhaps unfair to focus on musicians. You can clearly see from Forbes’ list that musicians targeting young fans are still very successful celebrities. The sports celebrities, probably still appeal to youngsters as much as they always have, and there is no evidence that sporting teams are going to lose their fans anytime soon. James Patterson, Steven King, and a few others show that authors can still keep celebrity status in this electronic age. J. K. Rowling may not be on the most recent Forbes list, but she is still a celebrity to many of Generations Y and Z.

The biggest category of celebrity which may see a change in the future is Hollywood: television and movie stars. The last year seems to have provided more news about movie star marriage breakups than it has about true glamor and glitz. Generation Z clearly looks at entertainment differently compared to older generations. This is particularly obvious when you look at television viewership. There has been a tremendous change in traditional television in recent years. As noted in The State of Traditional TVL Q2 2016 Update, “between 2011 and 2016, Q2 traditional TV viewing by 18-24 year-olds dropped by more than 9 hours per week, or by more than one-and-a-quarter hours per day”. They added, “in the space of 5 years, almost 40% of this age group’s traditional TV viewing time has migrated to other activities or streaming”. Of course, YouTube is not the only place where all of these viewers have migrated. Much of the change can be explained by the large increase in streaming video, for example, Netflix. One survey from Deloitte shows that 78% of 19-25 year-olds watch at least one streaming video service. Interestingly, 37% of them also use streaming music, so that is possibly a warning to the future for the music industry, too.

Variety Magazine has clearly noticed a difference in the way that Generation Z views screen celebrities. They commissioned a survey in July 2014, to determine who American teenagers believed were the biggest celebrities in film, TV, and music. They repeated the survey a year later. The two surveys (which showed consistent results) produced a very surprising result. YouTube stars are more influential than traditional celebrities, for teenagers.

The teenage respondents to the 2014 survey evenly named ten YouTube stars and ten traditional Hollywood film/television stars as their top 20 celebrities. However, the results were nowhere near as close as that sounds. YouTube stars, Smosh, The Fine Bros, PewDiePie, KSI and Ryan Higa, held the five top positions. The recently deceased (at the time of the survey) Paul Walker was regarded as the favorite traditional celebrity.

The YouTubers influence on the teenage survey respondents showed up as being even more marked the following year.  The 2015 poll was led by YouTube stars KSI, PewDiePie, VanossGaming, Nigahiga, Smosh, and Markplier. The Fine Bros and Jennas Marbles also made it into the Top 10 Celebrity list. Only musicians, Bruno Mars and Taylor Swift could represent traditional celebrities in that Top 10. In 12th position, Morgan Freeman was the highest ranking actor to meet Generation Z’s celebrity approval. It is important to remember that these statistics are simply views about relative influence by a sample of interviewed teenagers. They did cover a variety of areas of influence, though, and it is clear that the teens felt that the YouTube stars were more engaging, extraordinary and relatable than the more traditional stars.

It is also important to realize that the music sector has suffered less in terms of Generation Z support than the film and television sector. The Variety Magazine surveys focus on how influential viewers believe particular celebrities are. They do not look at subscriptions. Quite a few of the largest YouTube channels are actually official Vevo music channels for particular musicians. Justin Bieber’s YouTube channel has 24 million subscribers, Rihanna’s 23 million, and both One Direction’s and Taylor Swift’s have 20 million subscribers each. In comparison, the most subscribed channel overall is PewDiePie’s with 48 million subscribers.

While these numbers look healthy, it must be remembered that these channels contain these artists’ official music videos, which today’s teenagers watch for free. Previous generations purchased CDs or records to gain their music fix. While there has been an increase in legally paid music downloads in recent years, many more teenagers are happy to watch these YouTube channels. But there is an even more fundamental issue at play here, which is probably the reason that so few musicians show up as influencers in Variety’s surveys. You don’t need a professional recording studio and a contract with a major music company to make music that everybody can see. If you have any musical talent at all, you can make and upload your own video to YouTube. Generation Z loves to hear and share its own music.

Indeed it is this urge to create that is probably the reason behind YouTube’s massive success. As much as both the music and film industry moguls feared that viewers would use YouTube to watch pirated licensed films and music for free, the real success of YouTube has been people creating and sharing their own “stuff.” YouTube video creators make a real point of being all-inclusive with their fans. It is not just a case of shooting a video, uploading it and hoping people will watch it. The successful content creators on YouTube deliberately try to engage their audience. Of course, it is much easier to engage an audience who are using a computer, tablet or smartphone than it is those passively watching on a television or cinema screen.

The most active YouTube creators create communities of fans. They interact with and listen to these fans. As a result, the fans feel a real connection to their YouTube celebrities. This connection is unlike any relationship with old-style traditional celebrities. As much as a Generation X or Baby Boomer may worship an A-list Hollywood celebrity, there will always be some form of gap; a lack of close empathy or community. It is difficult to feel an affinity with a movie star living the Hollywood lifestyle, who you know you will never talk to.

According to those Variety surveys, teens feel they have “an intimate and authentic experience with YouTube celebrities.” The younger the generation, the more cynical they are about PR-created, sanitized star images. If there is one industry that should be scared as today’s teenagers mature and age, it is the PR industry. Generation Z learned to see through PR hype before they were barely out of diapers.

Every previous generation has challenged and rebelled against their parents. Since the arrival of the Baby Boomers, this rebellion has mainly been with music. The generation who shocked their parents with Elvis were in turn shocked by the Sex Pistols. Those kids who played their Sex Pistols records were shocked when their kids brought home Eminem CDs.

A problem that Generation Z has found is that the music companies have improved their marketing of music to older generations in recent years. Every generation from Baby Boomer onwards still likes their music. With Generation Y growing up with profanity-filled rap, where can Generation Z go that will shock their parents? They can’t. Thus they have moved this generation’s culture in other directions.

It is clear that the day of the traditional celebrity is numbered. The YouTube celebrity is gradually becoming more influential. Marketers and others trying to hang on the coat tails of celebrity cannot ignore this. If they do so, they will gradually fade into insignificance. 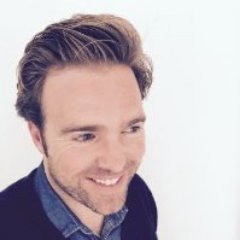