TikTok in 2021 was the year of Charli D’Amelio, Khabane Lame, songs inspired by isolation-fuelled boredom, educational hacks, political discourse, lockdown trends and older generations scurrying over to the platform. We also saw more unorthodox and unexpected brands find their feet on the app as OOH advertising became futile due to the pandemic. These things set the foundation for TikTok in 2022 and we’ve been keeping a close eye on the brands making a splash at the start of the year.

Who has been turning our heads? Let’s find out who is the best of brands using TikTok in 2022.

The Best Of Brands Using TikTok In 2022: What Are Their Secrets?:

This one surprised us. Who would’ve thought that an airline, in the midst of a pandemic could actually make waves and prepare for take-off on TikTok? (excuse the pun). Well, I guess it just goes to show that TikTok can really make it work for any brand.

The #ryanair hashtag has even accumulated 90.7 million views! Their content usually revolves around what is trending at the time and incorporates clips of their planes and behind-the-scenes footage. I believe that the reason they’re receiving such adoration for their videos is purely because they’re fast to react to trends, they’re relevant, and users are pleasantly surprised at how they’ve successfully been able to make something as mundane as an airline hilarious, cool and very ‘Gen Z’. Also, they just don’t take themselves too seriously.

One of their most popular videos is actually very simply done: It’s a video of one of their planes moving towards one of their plane instructors. But they overlaid the video with a viral song called ‘Walk’ by Saucy Santana that was circulating TikTok at that time and were able to completely draw users in with 4.3 million views and 1.1 million likes.

Another high performing video of theirs leverages a similar hack. This video with 1.6 million views, is just a clip of their plane in the sky coupled with a viral sound and text memes. Viral sounds and text memes happen to be two of the most powerful ingredients needed to deliver a high-calibre piece of content on TikTok, so they were able to craft a seemingly effortless viral video from 1. Paying attention to the popular sounds and trends on the platform and 2. Implementing text memes - the language of TikTok.

People are loving these videos so much that they’ve started to generate a large amount of curiosity in the comments around who is managing the account. Amongst these comments, users are also providing their stamp of approval and showing their support for the page. Some of which include: “the only good person who works for Ryan air is this TikTok person” , “Now here is a company that knows how to use TikTok” and “I live for Ryanair TikTok”.

If you told me Yahoo News would have 1.1 million followers in 2021 a couple years ago, I don’t think I’d have believed you. But TikTok has transformed massively since then and has moved towards more serious, educational content (indicated in their #LearnOnTikTok initiative) that is weaved into TikTok’s existing fun, quirky and creative culture.

Yahoo created their first video on TikTok on the 4th March 2020 and have since been able to drive a mammoth 52.9 million likes (at the time of writing). A lot of their content includes bytesized chunks of information and updates regarding US politics, clips from important US dates such as Biden’s inauguration, as well as opportunities for their followers to interact with their content through asking for their thoughts on particular topics by utilising duets or stitches.

Their account is dominated by one face in particular; a journalist called @juliamunslow. She features on their page so regularly that she has been positioned as the face of Yahoo News on TikTok. We have seen this work for similar accounts before such as @washingtonpost where Dave Jorgenson, also known as the ‘Washington Post TikTok guy’ creates hilarious, on-trend videos for the profile. This has proven effective in solidifying brand awareness and affinity with their audience as they’ve made it easy for their viewers to distinguish their content with other brands as Dave and Julia function as ‘brand mascots’.

@yahoonewsWe want to feature responses from YOU on our TikTok, so tell us your thoughts about the future of the U.S. @juliamunslow  #news #politics #yahoonews♬ original sound - Yahoo News

This is one of their most engaged videos with 5.4 million views and 1.2 million likes (at the time of writing). Julia talks through what Biden did on day 2 of becoming President of the United States and from the comments, it’s clear to see that the users on TikTok are politically engaged and interested in the political discourse happening on the platform.

Leveraging TikTok to express one’s political identity has proved extremely popular amongst users since 2020; a year characterised by the pandemic, political unrest and protests. We’ve seen users engage in political discussion, demonstrate their affiliation with a particular political group and stand up for matters that they believe in. Yahoo News is well placed to tap into these communities.

Little Moons: The best of food brands on TikTok

Little Moons are no longer just small celestial bodies that orbit planets. If i mentioned Little Moons to a TikTok user, they’d tell you that it's the latest TikTok trend and mochi ice cream brand that have taken the whole TikTok world by storm.

Even though Little Moons have been around for a while, it seems that TikTok has put it in front of TikTok users everywhere and compelled them to run out of their houses, find the nearest store and grab themselves all the different flavours of Little Moons to see if they live up to the internet hype.

I would describe their content as being very on trend as they, similarly to Ryanair, are quick to jump on the trends and incorporate viral sounds in their videos. However, I would say that their most popular videos appeal to a specific community on TikTok that particularly enjoy ‘satisfying’ food content.

This and this video are two of their highest-performing videos with a combined 3.6 million views and 251.9k likes. Both of these videos pair viral sounds with the squishing of the mochi’s which correspond with a popular food trend on TikTok where users either cut into, crush, smash or create ASMR out of their food. These are hugely popular amongst TikTok users and Little Moons have done a great job at tapping into that.

What’s more, they’ve also succeeded in creating two organic hashtags surrounding their brand. #littlemoons has garnered 26.5 million views and #littlemoonsmochi has 23.9 million views. So many users became so curious about the mochi balls that they felt compelled to go to the store to buy them and review them on TikTok for everyone else to see. That’s why you'll see predominantly ‘review’ and ‘testing’ videos on these hashtags. This mochi craze has even seen Little Moon’s sales skyrocket by 700% at Tesco.

This is the exact reaction you’d want as a food brand on TikTok. I have to commend them for creating great content that sparked curiosity in users and then had them rally together and create an army of fans that resulted in millions of views without them having to lift a finger.

TikTok has grown exponentially since 2019 and these new changes open up the opportunity for various different brands as we have shown in this article on the best of brands using TikTok in 2022.

At  Fanbytes by Brainlabs, we send our community a TikTok trends newsletter every Tuesday where we talk about any trends or brands doing well on the platform at the moment in time, what the trend is, and how other brands can learn or leverage it. If you enjoyed these insights and want exclusive access to more every single week, click here to sign up today. 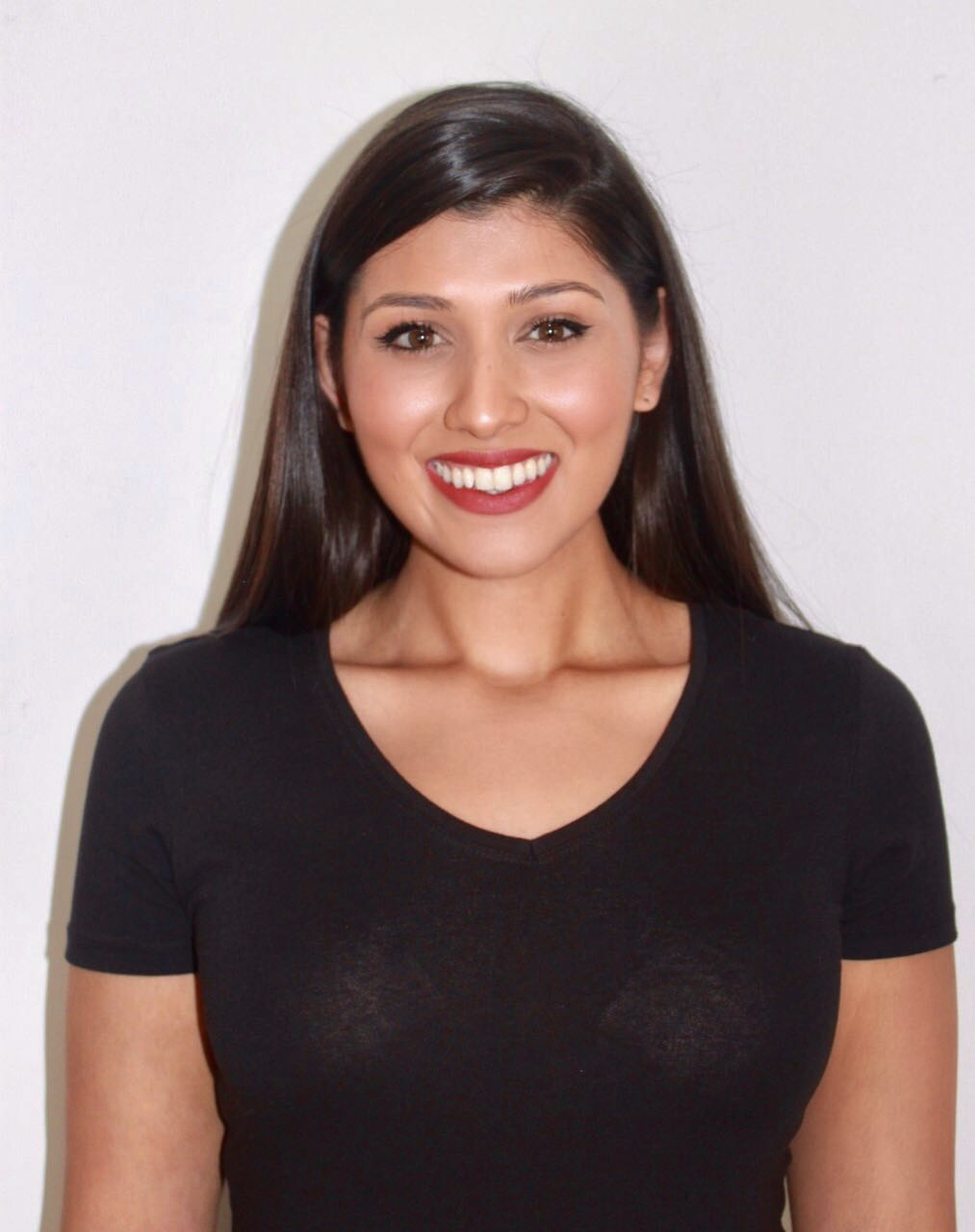 Shelly is the Content Manager at Fanbytes by Brainlabs, an award-winning influencer marketing agency that is dedicated to bringing you the latest Gen Z insights. Fanbytes by Brainlabs has helped top brands such as Universal, Missguided, Mcdonalds & youGov win the hearts of young people on social media. She heads up Fanbytes' content strategy, and her insights can be seen in top marketing publications such as The Drum & Talking Influence.