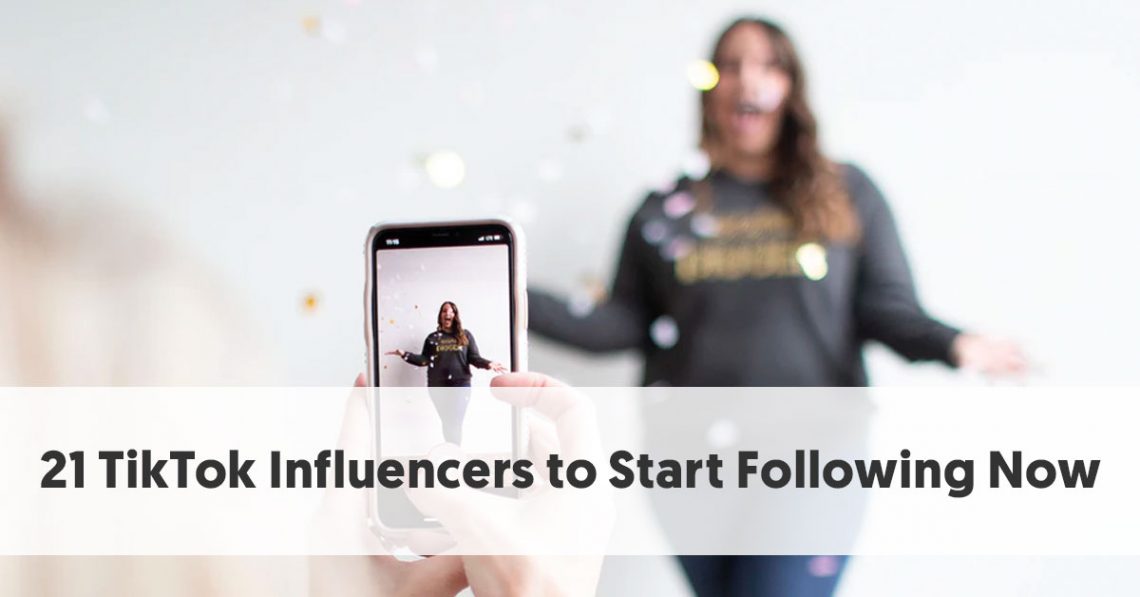 Since TikTok merged with Musical.ly in 2018, the app has seen tremendous growth in popularity. It quickly gained millions of new users within months. In December 2018 alone, it got 75 million new users – an increase of 275% year over year.

With the app’s popularity, some content creators on the platform are also getting a lot of recognition. Some of them had started growing their following on Musical.ly and have since become TikTok influencers since the merging of the two platforms.

In this post, you’ll discover 21 of the most creative and influential TikTok users that are worth a follow. Some of them make comedy skits, while others make dance videos and lip sync to trending songs. This list isn’t solely focused on audience size, but mostly based on creativity and content quality. Check out these 21 TikTok influencers to start following now.

Letícia Gomes may not have a million fans yet, but she is one of the most creative TikTok influencers out there. This Brazilian influencer currently has 734.6k fans who tune into her content for her shocking makeup transformations. She is also a top creator on TikTok Brasil.

She uses makeup to transform herself into celebrities and famous fictional characters. Albert Einstein, Freddie Mercury, and Wednesday Addams are some of the looks she has created on her TikTok channel.

This daredevil and fitness experts performs astonishing stunts and fitness moves on his TikTok channel. He also creates the occasional comedy and lip sync videos that are popular among his TikTik audience. He currently has 533.9k fans on the platform, and his videos have garnered more than 6 million hearts.

Tyler Brown is a 17-year-old TikTok influencer from California with a massive 6.5 million followers. He has a vibrant personality, which he expresses through his dance and lip sync videos and his makeup. He has even appeared on the Ellen Show and commands a significant Instagram presence as well, where he has 1.7 million followers.

This TikTok influencer isn’t just a successful digital content creator; she was also a professional gymnast for more than 10 years. Her TikTok videos are mostly centred on comedy and fun, but some videos show her taking daring leaps and doing gymnastics moves. She currently has 11 million fans and also commands a huge presence on YouTube and Instagram.

You might remember Zach King from Vine, where he originally started growing his influence. He continues to command the same level of influence on TikTok as well, where he currently has 15.6 million fans. Zach is one of the most creative content creators on the platform, with most of his videos showcasing digital magic tricks and comedy skits.

This fitness enthusiast and motivational coach from Quebec originally made his name as the Jump Rope Mentor. He commands a fan following of 66.7k on TikTok and his videos has received 407.3k likes. Leon creates videos that mostly showcase his fitness moves and jump rope skills.

Jason Coffee creates comedy videos with his daughter, Peyton, and his son, Caleb. Other family members sometimes feature in their videos as well. He currently has 7.8 million fans and commands a significant following on Twitter and Instagram as well. The family mostly makes short comedy skits and videos of themselves having some family fun.

These twin pop stars from Berkshire have made waves in the social media landscape at just 16 years of age. Having genuine talent gives them the advantage to attract a dedicated fanbase on TikTok, where they already have 5.9 million fans. They mostly create videos of their singing, but they also create short video clips of their home lives as well.

Lucas and Marcus, more commonly known as the Dobre twins, initially built their influence on Vine and are now among the top TikTok influencers. They command a massive following of 15.2 million fans. They create the usual dance and lip sync videos but also create skits and perform incredible acrobatic moves.

Amelia Gething is an English model and influencer who has garnered a massive fan following on TikTok. She currently has 7.2 million fans on the platform, where she regularly creates lip syncing and dancing videos as well as a few comedy skits. She also commands significant presence on YouTube, where she has more than half a million subscribers.

This 14-year-old American singer, actor, and dancer isn’t new to the entertainment industry. She appeared on the TV show “Dance Moms” as a child and rose to fame from there. She has since grown her influence as a digital content creator on popular social media channels, commanding 12.3 million fans on TikTok. While she shares her singing videos on YouTube, she mostly uses TikTok to post lip syncing and dancing videos.

Salice Rose is a Peruvian-American social media personality who grew her influence by sharing deeply personal stories via YouTube. She tries to build emotional connections with her audience by inspiring them with her experiences. The influencer has also earned a massive following on TikTok, where she shares her dancing and comedy videos. She currently has 6.8 million fans.

Hailey Orona started out on social media around 2015 and has gained massive influence since. She has 6.7 million fans on TikTok, where she posts her dancing and lip syncing videos. The influencer also has a following of 2.8 million on Instagram. She was even part of the line-up for the 2018 Boys of Summer Tour.

This dancer and influencer became famous on social media through Musical.ly. She has since grown her fan base significantly, now garnering 5.9 million fans on TikTok. She is a self-taught dancer and regularly creates dancing videos that have received a total of 218.4 million hearts on the platform.

Christian Collins started his social media journey through Vine and YouTube back in 2010 and has attracted a huge fan base since. On YouTube, he still creates vlogs, song cover videos, and original videos. He has managed to win over 4.8 million fans on TikTok, where he posts videos of his singing and shares videos from his personal life as well.

Our Fire is a brand created by the couple, Chris and Sharla, who met on Tinder and hit it off instantly. They have become extremely popular on TikTok, where they currently have 4.6 million fans. People love them for their colourful hair and personalities, as well as their quirky sense of style. They make cute dancing and lip syncing videos, which have garnered 167.4 million hearts.

This talented actor and singer has been crowned the TikTok rep of the United Kingdom. She creates lip syncing and dancing videos on the platform. True to her last name, rose and pink have become her signature colours. And she often uses rose-coloured backgrounds in her videos. She currently has 3.4 million fans on the platform and has commanded a following of 90.3k on Instagram

Amara is a Colombian influencer who creates lip sync and comedy videos in Spanish. She has 4.9 million fans on TikTok currently and has an even bigger audience on YouTube, where she has 6.6 million subscribers. Her YouTube content is a bit different from her TikTok videos as she mostly shares her personal life and participates in challenges on the former channel.

Another set of twins to make it to this list, Teagan and Sam Rybka are Australian dancers and acrobats. They participated in Australia’s Got Talent and made it into the semi-finals, which contributed to most of their fame.They have also built a massive influence on TikTok, where 5.6 million people follow them for their daring acrobatic videos.

Lani Baker is a Californian actress and model who uses TikTok to showcase her life as a model. She often shares her behind-the-scenes experiences with her fans. Some of her videos also have comedic elements, which attract a lot of TikTok users. She has earned 4.6 million fans on the platform, who has given her 65.8 million hearts.

Josh Richards is a 17-year-old Canadian actor who snagged roles in movies like “Summertime Dropouts” and “Brother’s Keeper.” On TikTok, he mostly creates dance and lip sync videos with his sister Olivia and some of his friends. He also participates in trending challenges and creates comedic skits. He has won over 5.1 million fans, who has given him 185.5 million hearts for his videos.

These 21 TikTok influencers may vary in terms of age, nationality, gender, and specialisation. What they do have in common is the talent to entertain, clearly proven by the amount of following they have garnered in just a few years. Use this list if you ever need to partner with TikTok influencers or if you’re just curious about whom to follow on the platform. 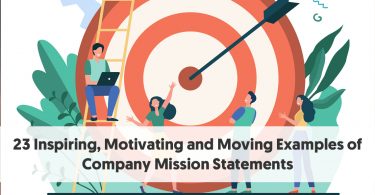 Many people continue to come back to brands time and time again because of their values... 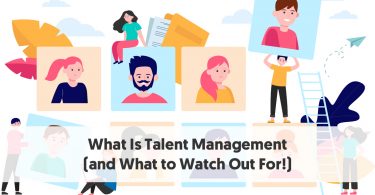