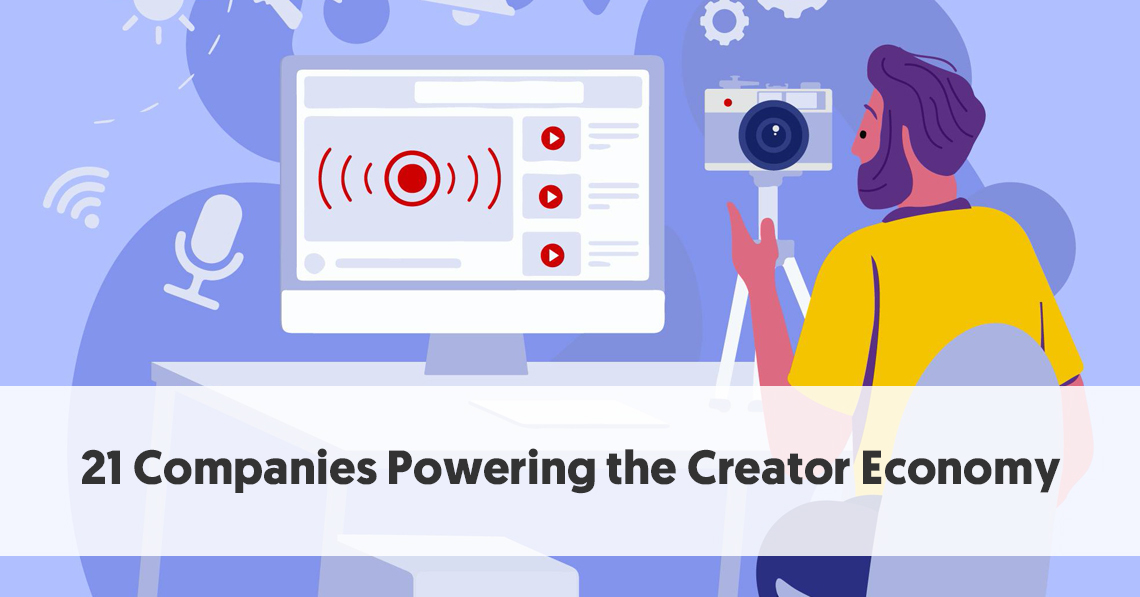 The creator economy has only formally existed for about a decade, but it is now firmly established. As we explained in What is the "Creator Economy"?, it coincided with the arrival of Web 2.0. This broadened the way that people could express themselves. Until this point, the web was effectively one-way. You went on the internet to research and find out information. With Web 2.0, people began to express themselves on the internet and display their creativity.

Nowadays, many people earn their living on the internet. There are numerous businesses based on the internet, ranging from eCommerce sites selling the latest vacuum cleaners to online insurance agencies offering cut-price car policies. In many cases, these are merely traditional business models adapting themselves for a new setting.

You will also find a whole new type of internet entrepreneur, however. These are the creators who make their living by performing some form of creative service online. These include writers, musicians, artists, social media influencers, and videographers.

Somewhere between the online insurance salespeople and the creatives, you will find another breed of web company. These firms provide the technology that helps creatives (and indeed more traditional eCommerce stores) function. They offer the behind-the-scenes tools that power the creators' sites and the platforms where the creators can display and share their skills. 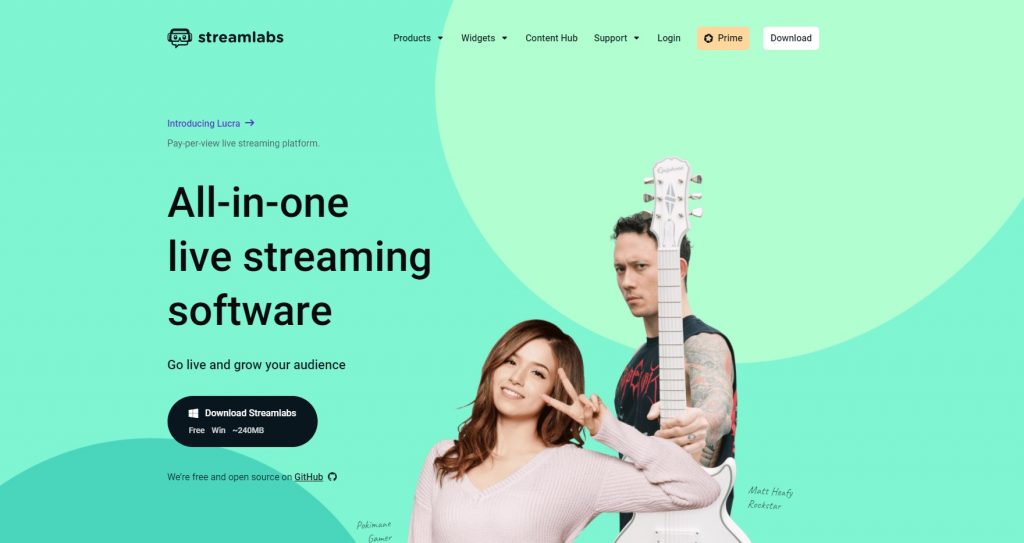 Streamlabs is livestreaming software that improves on the open-source version of Open Broadcast Software. Streamers on platforms like Twitch, YouTube, and Facebook can use it to manage their viewer interactions, chat management, and tip donations. To fully take advantage of the Streamlabs platform, you need to stream through a computer using their streaming software Streamlabs OBS.

San Francisco based Streamlabs was set up in 2014 by Ali Moiz, Murtaza Hussain, and Tom Maneri. It was initially called TwitchAlerts. Logitech acquired the company in 2019.

You can use InVideo to make professional videos utilizing premium templates, images, and music. It includes many templates to simplify your video creation. You can use InVideo to create many different types of videos, including YouTube videos, slideshow videos, ad videos, Facebook ads, and many more. The platform helps publishers, media companies, and brands to expand audience engagement through the power of video content.

InVideo was founded in 2017 and is based in Mumbai, Maharashtra, India.

Vochi is a creative video editing tool. It provides you with unique AI-based technology. You can edit videos with just three taps: choose the sequence, tap the object, apply a visual video effect. The video creator has a motion effect to highlight movement, a glitch to attract viewers' attention, neon special effects to add lighting or clones to make your video a little bit crazy, and many other effects. It uses neural networks to enable the addition of effects to individual objects in a video on a mobile device.

The company was founded in Belarus in 2019.

Affinity is an Adobe-alternative for those who prefer a cheaper alternative.

Affinity began in 1987, developing creative software for Windows. Twenty years later, they decided to redevelop their software from scratch. It took the best part of five years, from writing the first line of code to releasing Affinity Designer, their first new Affinity app, in October 2014. They now have a full creative suite of applications covering photo editing, desktop publishing, and graphic design. 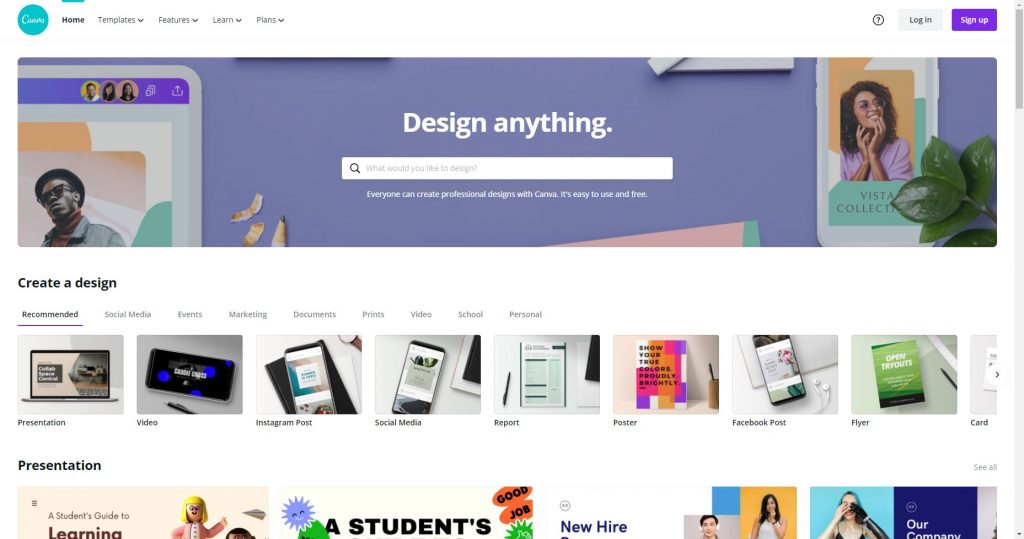 If your creativity expertise isn't design or photography, and you have a limited budget, Canva is an excellent choice for your everyday design needs. You use the platform to create social media graphics, presentations, posters, documents, and other visual content. It is free to use but offers paid subscriptions like Canva Pro and Canva for Enterprise for additional functionality.

Canva was founded in Sydney, Australia, by Melanie Perkins, Cliff Obrecht, and Cameron Adams in 2012. In April 2014, social media and technology expert Guy Kawasaki joined the company as chief evangelist (brand promoter). In 2017, the company reached profitability and had 294,000 paying customers. By the end of June 2020, Canva was valued at $6 billion. 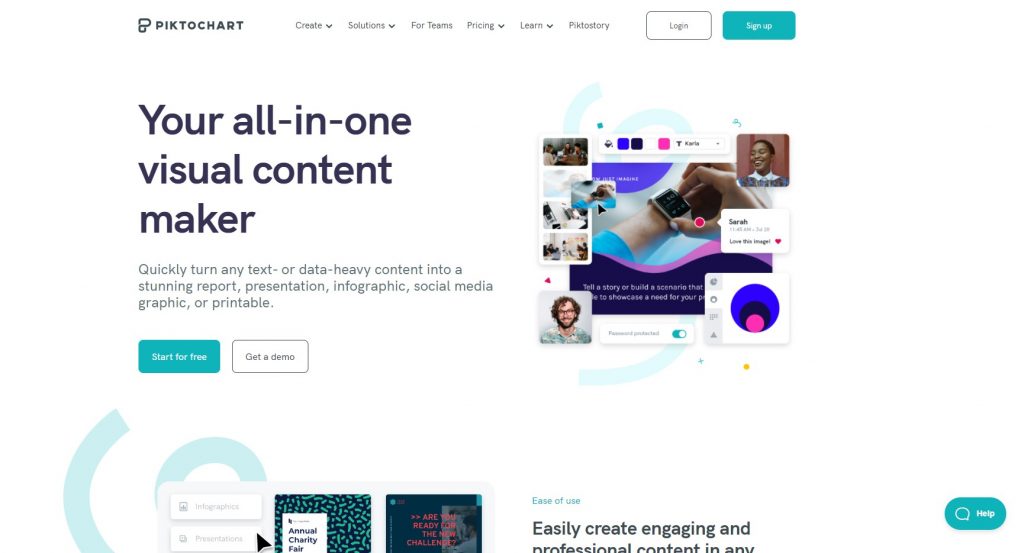 Piktochart helps you turn any text- or data-heavy content into a stunning report, presentation, infographic, social media graphic, or printable. You can easily customize the resulting document for your brand. Drag your logo or a screenshot of your website to auto-magically extract your brand colors. Use your company's fonts. Your custom color palette and uploaded fonts all always accessible in the editor.

Piktochart was launched in March 2012, founded by Ai Ching Goh and Andrea Zaggia, and is based in Penang, Malaysia. 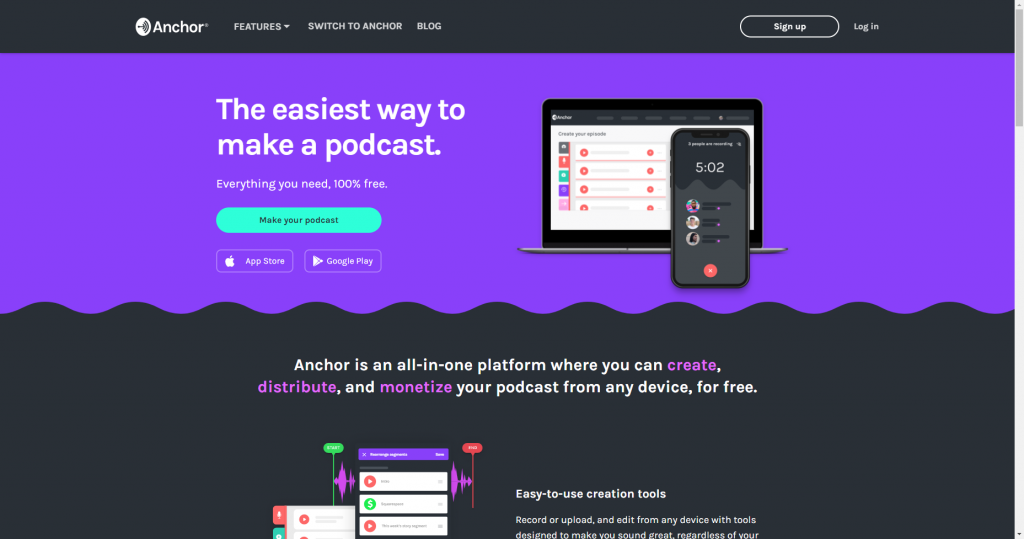 Anchor is an all-in-one platform where you can create, distribute, and monetize your podcast from any device, for free. You can record or upload and edit from any device with tools designed to make you sound great, regardless of your skill level. You can even add a track from Spotify to your episodes. Combine songs and your own talk segments to create with the total freedom of audio. US users can monetize content by collecting listener contributions or adding advertisements into episodes.

Michael Mignano and Nir Zicherman founded Anchor in 2015. They initially launched as a social audio service geared for short-form content. However, in February 2018, Anchor relaunched with an updated version of the platform to create and publish podcasts.

Cameo is a marketplace where fans can book personalized video shoutouts from their favorite people: actors, reality TV stars, athletes, musicians, comedians, and creators. Each celebrity on Cameo has set a price for their personalized message. Interested people can ask them to send a specific message to a person they choose.

Currently, 6800 creators have made themselves available for this service. This includes YouTube stars, influencers, TikTok maestros, bloggers, and even 380 animals.

Cameo's mission is to create the most personalized and authentic fan experiences in the world. They were founded in 2017 and are proud to be Chicago-based.

Kajabi provides a platform where you can build, market, and sell your online course, membership site, or coaching program with no coding, no hiring, no learning curve, no plugins, and no broken integrations. You can access your website, products, marketing, community, and more from a single dashboard.

Kajabi was founded in 2010, with its headquarters located in Irvine, California, USA. Its customers have collectively made over $600 Million selling online courses. It has featured on the Inc 5000 Fastest-Growing Software Companies list for the last three years, showing 270% growth over 2020.

Represent offers a platform where actors, athletes, creators, and musicians can sell official merchandise. Your profits depend only on how much you sell, with no upfront costs and no hidden fees. You can also use the site for crowdfunding. Customize a product and set up your campaign for free. Share your campaign with your community, supporters, or fans, and start selling immediately. Once you reach your sales goal, Represent will fulfill all your orders and pass the profits straight to you or your charity.

The Los Angeles-based company was founded in 2012 by Andrej Pancik, Bryan Baum, and Leo Seigal. 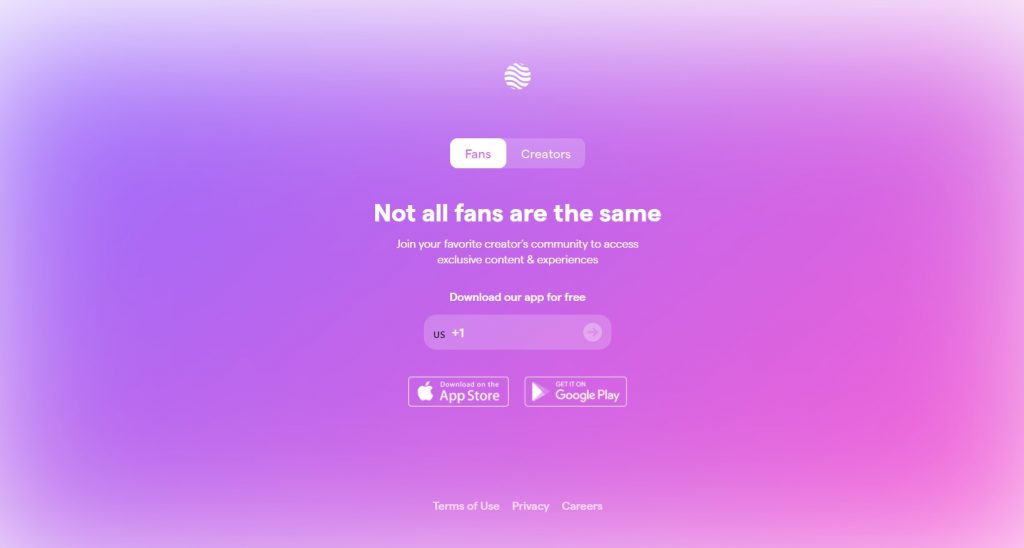 Zebra Intelligence has set up Zebra Earn, which helps you launch a community of your top fans and gain paid subscriptions, chat with fans, and much more. Tiffany Zhong founded the company in San Francisco.

Users of Zebra Earn can make money by completing missions in their spare time. They join communities and have the opportunity to give their opinions.

Vibely helps you build exciting communities. You can start a movement and set interactive challenges with leaderboards, accountability, and lasting friendships. You can even use Vibely to organize offline meetups of your community.

Teri Yu set up Vibely in Menlo Park, California, in 2018.

Karat describes itself as the black card for creators. Unlike most credit card companies, Karat focuses on your social stats rather than your credit score. They even let you design your own card. 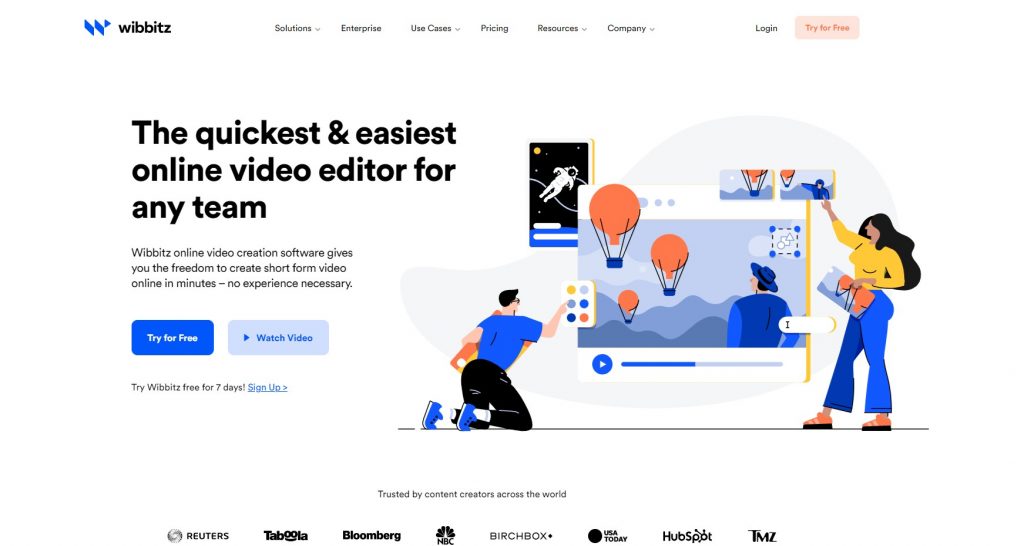 Wibbitz online video creation software gives you the freedom to create short-form videos online in minutes. It includes simple and intuitive tools that will help you edit videos like a pro. With one-click resizing to landscape, square, or vertical formats, you can get back hours while creating videos for every platform and channel.

New York-based Wibbitz was founded in 2011.

Zoom has come into its own during these times of COVID-19. Zoom Video Communications, Inc. is an American communications technology company headquartered in San Jose, California.

Most of its early customers would have been corporate, but nowadays, there's a wide customer base, including creatives wanting to keep in touch with their supporters.

Sahil Lavingia built the first version of Gumroad in 2011. The company received several rounds of seed financing over the next few years as the platform matured. 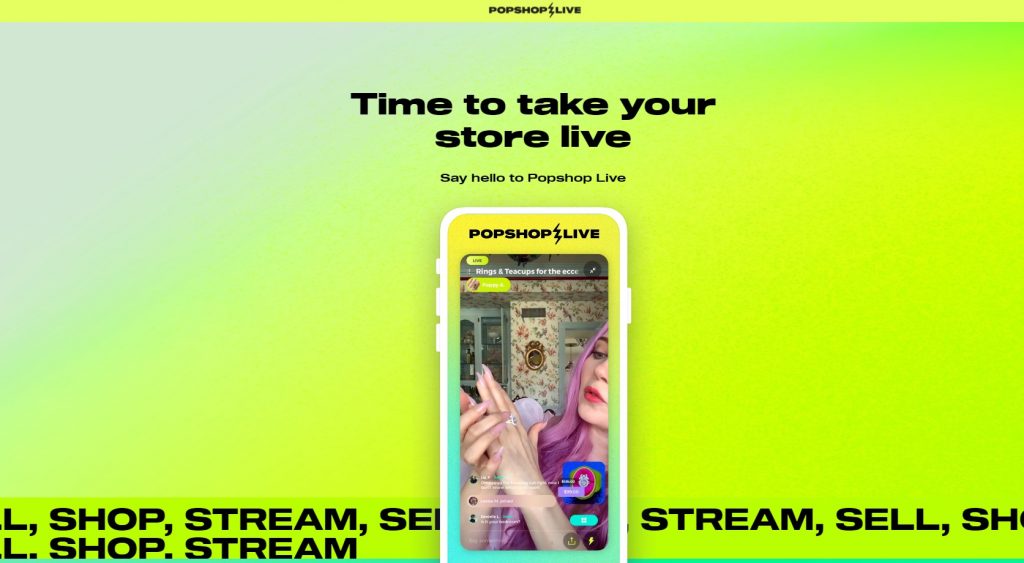 Popshop Live is a mobile live streaming marketplace where talented individuals can create and host their own shopping channel. Think of it as the Home Shopping Channel for creatives. The app is currently only available for iOS. However, a web app and an Android version will be available soon. It is presently invite-only with plans to launch to the wider public in the foreseeable future. Viewers can interact and shop with the broadcasters in real-time during the streams and access their favorite broadcasters' storefronts and previous shows anytime.

Popshop Live was founded in March 2016 by Danielle Li and is headquartered in the Greater New York Area.

Substack focuses exclusively on writers. The company says they started Substack because they believe that what you read matters and that good writing is valuable. They think that writers, bloggers, thinkers, and creatives of every background should be able to pursue their curiosity, generating income directly from their own audiences and on their own terms.

You can use Substack to start a newsletter, build your community, and make money from subscriptions. Publishing is free, as they make their money from a 10% percentage of your subscriptions.

Crello is an online design tool, helping you create animations and graphics for social and the web, even if you possess no design skills. It includes over 30,000 templates for all major social media, blogging, and marketing formats. Create images, videos, and animations to suit your marketing needs.

A team of nine software developers and one product owner kicked off Crello's product development in September 2016. In July 2017, they launched the first free version of Crello and a year later launched the Crello PRO plan, which allows users to create videos and animations for social media.

Caffeine takes a different approach to live streaming. You can broadcast live video and interact with your viewers. Unlike Twitch, Caffeine targets much more than just the gaming audience. There is a strong entertainment focus, and you will find celebrities on the platform. It includes content from partners like FOX Sports, ESPN, BIG EAST Digital Network, DreamHack, Riot Games, and top entertainers, athletes, and gamers.

Caffeine was founded in Redwood City, California, in 2016. It secured a $100 million investment in September 2018 from 21st Century Fox with chairman Lachlan Murdoch joining their board. 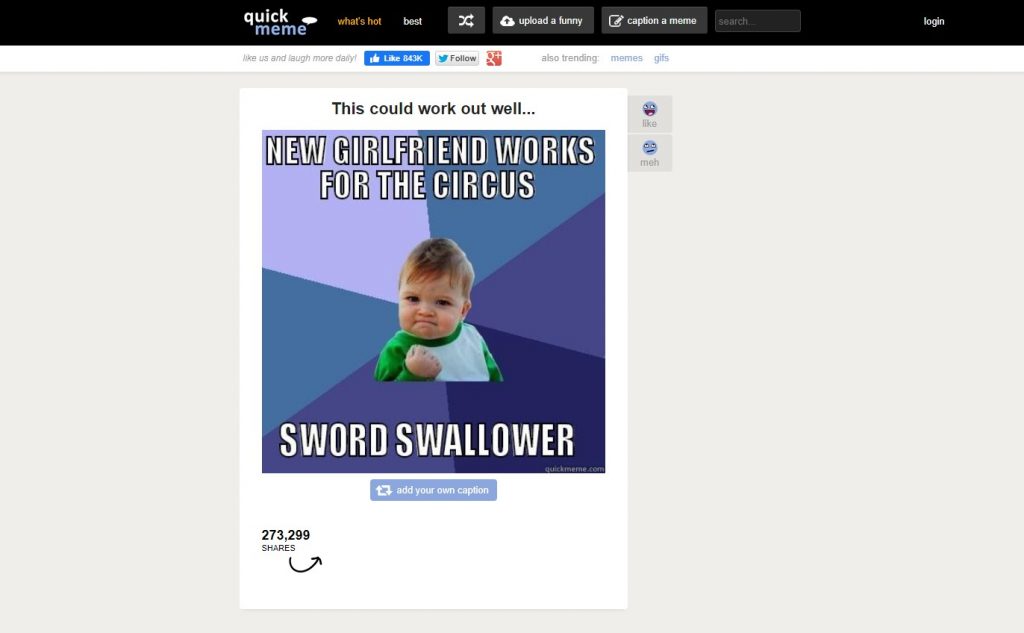 While memes may not be the most obvious way for creators to promote their craft, they are everywhere on social media now. This makes memes essential for creators wanting to build a robust social presence. 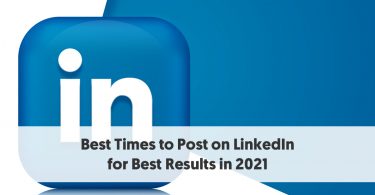 Once you've figured out what you want to share on LinkedIn, you still need to decide when... 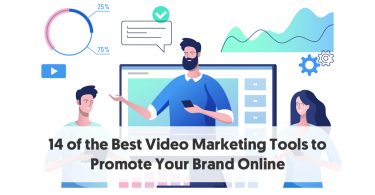 Video content is an integral part of social media. For the past several years, video has... 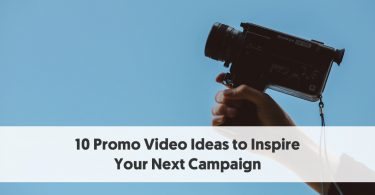 Video is one of the best ways to engage your target audience. A staggering 80% of video...