B2C, an acronym for business to consumer, is a type of commerce transaction. It is characterized by the selling of products and services by businesses directly to their consumers. Traditionally, it refers to any type of direct selling to consumers such as those conducted in retail stores, dine-in restaurants, and service centers. Today, B2C is mostly associated with online sales transactions.

The Birth of B2C

The concept of B2C is credited to an English inventor named Michael Aldrich. In 1979, he began what was then called teleshopping, which used the television as a medium to reach consumers. He devised a system using a transaction processing computer, a television set, and a telephone line. This enabled businesses to reach consumers directly. However, technological limitations and data security concerns contributed to its slow uptake in the mainstream.

In the late 1990s, the B2C rode the waves of the dotcom boom. As the use of the internet grew, more business enterprises began to switch to online platforms. By 1998, Amazon had breached the $1-billion mark in sales. This was also the first holiday shopping season that saw a marked increase in online sales.

Today, the B2C business model is the norm. Even if they have brick-and-mortar shops, most enterprises give their consumers the option to purchase products online.

Aside from providing consumers a more convenient way to shop, the B2C model benefits business owners as well. Among the many advantages it brings business enterprises are:

With no geographical and physical limitations, the internet opens a vast and varied market to businesses. A website can be accessed from almost all parts of the world and thereby can increase a company’s consumer base significantly.

With no physical storefront and large inventory to maintain, a B2C setup greatly reduces overhead and operating expenses.

B2C eliminates the wholesaler or the middleman. This means that businesses can reduce markups and offer lower prices to their consumers. Ultimately, this can raise sales and boosts profit.

As business grows, it will be easier to expand both vertically and horizontally with a B2C model. New product lines can be developed based on consumer demand. Other niches and markets can also be easily reached through robust online platforms.

There are different types of business models that B2C companies use. The type they employ depends on what their business goals are. More often than not, businesses use a combination of these models to reach a wider range of consumers.

Online or electronic retailers that sell products to consumers are referred to as direct sellers. They capitalize on the internet to promote their portfolio and funnel sales. They include small online businesses that offer products and services locally and large enterprises that have global reach such as Apple and Microsoft.

Intermediaries function like brokers facilitating direct contact between sellers and consumers. They don’t own the products and services featured on their websites. Instead, they make a profit by taking a percentage of the sales transacted through their site. Among the most popular B2C companies using this model are Amazon, Alibaba, and eBay.

In an advertising-based B2C model, a business enterprise offers free content or services to attract consumers to its website. If it generates a large volume of traffic, its site becomes an ideal marketing platform for other businesses. Huffington Post, an online media site with high traffic, is one example of an ad-based model.

Facebook, for instance, makes it easy to build communities and connect with users. It enables businesses to promote products to the right group of consumers. Other examples are tech sites or forums that provide an ideal venue to promote businesses that carry computer hardware and software products.

Fee-based B2C are those that provide access to exclusive content for a certain fee. These include subscription services, such as Lynda, Hulu, and Netflix. B2C companies that use this model must continually provide quality services or engaging content to their subscribers.

The Future of B2C

B2C is a business model that is easy to follow. Simply develop a product or offer a service that addresses a consumer need and find an online platform for delivering those solutions. With almost all enterprises being thrust to digital transformation today, expect the B2C sector to grow exponentially in the next decade. 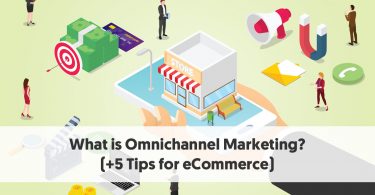 According to a survey carried out by Aspect Software, businesses that adopt omnichannel... 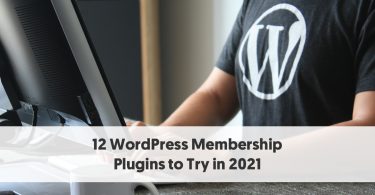 If you are searching for a way to monetize your content, a membership plugin is a great... 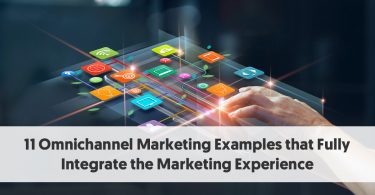 Omnichannel marketing involves using an interconnected range of channels for a marketing...