You might wonder what OnlyFans has to do with digital marketing. It's just an adult entertainment site, isn't it? Well, no. OnlyFans is much more than that. According to the site's founder, Timothy Stokely, OnlyFans hits the sweet spot between influencer culture and webcamming. OnlyFans is part of the new creator economy. It provides a ready market for creators to charge for their goods or services. Alright, some people have creativity made money by selling their nude services, but there are many other types of creators on OnlyFans. And also, quite a few celebrities are taking the opportunity to charge their fans in a pay-per-view (PPV) way.

It is surprisingly difficult to find anything in the way of official OnlyFans stats. Unlike most social media and video streaming sites, OnlyFans appears to have issued relatively few (if any) statistical press releases. They have only very basic publicly available annual accounts, too. The relatively few mentions of OnlyFans usage figures vary greatly, presumably because they all date from different times and sources.

However, we have scoured the net and collated as many OnlyFans stats as we can find. We will add additional stats in the future as we come across new ones (or if OnlyFans releases any official figures).

XSRUS makes an interesting attempt to analyze the economics of OnlyFans. Like us, they were hampered somewhat by the absence of official OnlyFans figures, but they managed to find some interesting data by scraping the OnlyFans website. One of the first things they noticed is that OnlyFans appears to do very well as a result of its performers' activities. Indeed, they observe how "OnlyFans is more unequal than the least equal country in the world."

Without any official figures, it can be challenging to discover the number of content creators on OnlyFans. Suggested numbers on the net vary, generally depending on the freshness of the article. However, you can see a clear pattern of growth.

Mashable reported that an OnlyFans representative told them that the total number of user and creator accounts "nearly doubled" in March 2020, and by that stage was sitting at 350,000 creators. By late August 2020, however, Variety stated that OnlyFans currently had 700,000 content creators.

As of December 2020, OnlyFans is said to have more than 1Million creators on the platform!

In early 2019, OnlyFans founder Tim Stockley was quoted in The West Australian as saying, "We are currently on-boarding over 3000 new content creators every week." Of course, this was well before COVID had everybody sitting at home wondering how to spend their time. Since then, more and more content creators have signed up to OnlyFans.

By May 2020, the site was gaining 7,000- 8,000 new content creators per day, according to the site's chief operating officer Thomas Stokely.

*Based on estimate of between 1% and 5% of your followers subscribing. Earnings figure does not include income from tips and paid messages.

In March 2020, Mashable reported that OnlyFans had 26 million registered users.

However, by late August 2020, Variety reported that OnlyFans now had more than 50 million registered users. Clearly, many people have turned to OnlyFans to while away the time when in COVID-enforced lockdown.

OnlyFans founder Tim Stockley was quoted in The West Australian in 2019, saying that OnlyFans had 1,000 new users registering every hour.

At the time, that probably sounded like a lot. However, users have continued to flock to the platform. As we referred to earlier, Mashable quotes an OnlyFans representative who claimed that the number of new users and content creators nearly doubled in the month of March 2020 alone.

5. OnlyFans Takes a 20% Cut on its Users' Transactions

OnlyFans' business model is straightforward. They provide a platform for paywalled content. Creators make and post exclusive content, for which their subscribers pay. OnlyFans takes a cut of those payments.

In fact, OnlyFans keeps a very healthy 20% of any payments that subscribers make. The more you charge and the more subscribers you have, the more money that OnlyFans makes. And this applies to all payments on OnlyFans, not just the adult content.

As XSRUS observes, OnlyFans has a better model than Uber or Airbnb. An owner of an Uber car or Airbnb property can only cater to one group of customers at a time. However, there is no such limit of an OnlyFans channel. You can add extra subscribers at any time, and all can watch content simultaneously, with OnlyFans receiving a 20% commission from everybody. "On OnlyFans, it's multiplicative — the same selfie can serve 10 adoring fans or 1000."

6. Average Earnings from OnlyFans is $180/month

XSRUS has crunched the numbers to come up with some estimated earnings by OnlyFans creators. They calculate that the median accounts earn about $180/month.  However, they do observe that their calculations exclude tipping, as there is no information available about money received as tips on OnlyFans.

Of course, influencers and celebrities have a natural advantage when it comes to earning money on OnlyFans. They bring a ready-made audience with them. It presumably isn't hard to bring a proportion of an existing sizable Instagram following to OnlyFans and make money from them.

8. Most Accounts Take Home Less Than $145 Per Month

Most performers do not make a fortune from OnlyFans. Indeed, the majority of them receive less than $145 per month.

However, it must be pointed out that one reason for this inequality is that the majority of OnlyFans accounts have no fans at all. They aren't set up for serious broadcasting.

9. Bella Thorne Earned More Than $1 Million in Her First 24 Hours

Actress, singer, and model Bella Thorne made quite an impact during her short period on OnlyFans. Her time on the platform may have been brief, but it was clearly eventful.

She joined OnlyFans in August 2020, setting a platform record in her first 24 hours, earning more than $1 million in revenue. She had enabled this by announcing her plans in a video montage on her Instagram account (where she has 24.3 million followers).

Before long, her earnings had doubled to $2 million. She had set her OnlyFans subscription at $20 per month (with a limited-time 20% discount for a one-month subscription and 15% off if fans purchase three- or six-month access).

Thorn later claimed that she had opened her OnlyFans account as an experiment for a documentary by filmmaker Sean Baker. Baker has strenuously denied this, however.

Ultimately, Bella Thorne only remained on OnlyFans for a short while. She caused controversy for offering $200 pay-per-view photos for "naked" pictures, but the images actually showed her wearing lingerie. This caused numerous refund requests, resulting in OnlyFans allegedly changing the rules regarding payment rates and chargebacks. Sex workers on the platform complained that Thorn's actions reduced their livelihood.

Ostensibly, due to Bella Thorne's "non-nude" nudes, OnlyFans set a cap on how much creators can charge on the platform. There is now a $100 cap on paid private messages, compared to $200 before, and a $50 cap on pay-per-view posts for creators who don't charge a subscription, compared to $200 previously. Also, there is now a maximum tip price of $100 for the first four months a user is active on the site, rising to $200 at that point.

11. OnlyFans Has Paid Out More Than $2 Billion to Creators

At the time when Bella Thorne was setting OnlyFans alight (August 2020), Variety reported that OnlyFans had paid out more than $1 billion to creators. By November 2020, The Information was saying that this figure had risen to $2 billion.

However, LinkedIn is not quite as much a meeting room for OnlyFans supporters. In early December 2020, it had 2,974 followers, and 358 people considered themselves employees of the platform.

The OnlyFans official Facebook page is liked by 77,975 people and followed by 82,444 people.

Fenix International has filed limited accounts each year. Its balance day is November 30, so the most recent available figures relate to the 2019 financial year. Unfortunately, the company's directors elected not to include a copy of the Income Statement within the published statements. However, you can find the Profit and Loss Comprehensive Income figures for both 2018 and 2019 in the 2019 Statement of Changes in Equity.

Although nothing here shows precisely how much of this is related to OnlyFans, it is likely to be a high percentage.

It will be most interesting to see how more profitable the company will be in its 2020 results.

Amazon's Alexa highlights how OnlyFans is growing in popularity. It now ranks OnlyFans as the 463rd most popular website in the world. This is an improvement of 71 positions over the last 90 days.

In the United States, it performs even better, with an Alexa Rank of 218. The importance of OnlyFans American visitors is evident, with 44.2% of the site's visitors from the United States. A mere 4.0% comes from OnlyFans' home, the United Kingdom.

There are not any official figures available and the suggested numbers found on the net differ a lot. In 2019, OnlyFans reportedly had about 60,000 content creators. According to Mashable, an inside source informed them that this number almost doubled in March 2020. According to Variety, by the end of August 2020, OnlyFans had 700,000 content creators. If these numbers are accurate, the platform expanded significantly during 2020.

How does OnlyFans make money?

The business model that OnlyFans uses is very straightforward. They offer a platform for paywalled content. Creators can make and upload exclusive content for which their subscribers have to pay. Now, OnlyFans takes a cut of 20% of every payment that is made. This is a very good model as there is no limit on any OnlyFans channel. In other words, your subscribers can watch content at the same time and OnlyFans will receive the same percentage from everybody.

Can you make a lot of money on OnlyFans?

While Bella Thorne managed to make more than $1 million in revenue in only 24 hours, the majority of accounts take home less than $145 per month. The average earnings is only slightly more at $180 per month. So, sadly, most performers do not make a lot of money via OnlyFans. One reason for this is that most OnlyFans accounts have zero fans and are not set up to take advantage of broadcasting.

According to Tim Stockley, the founder of OnlyFans, the platform gets 1,000 new users per hour. This was in 2019. Various reports in 2020 quote the founder as saying that OnlyFans gets 500,000 new users per day on average. OnlyFans is clearly very popular on Twitter. At the beginning of December, 2020, they had 415,200 followers and just over 80,000 people follow their official Facebook page.

Does OnlyFans cap how much a creator may charge?

OnlyFans have capped how much creators can charge on their platform. Currently, there is a $100 cap on paid private messages (it used to be $200). For pay-per-view posts, creators who do not charge a subscription may not charge more than $50 per post (this also used to be $200). There is also a maximum tip price of $100 for the first four months that a user is active. After this four-month period, it will increase to $200. 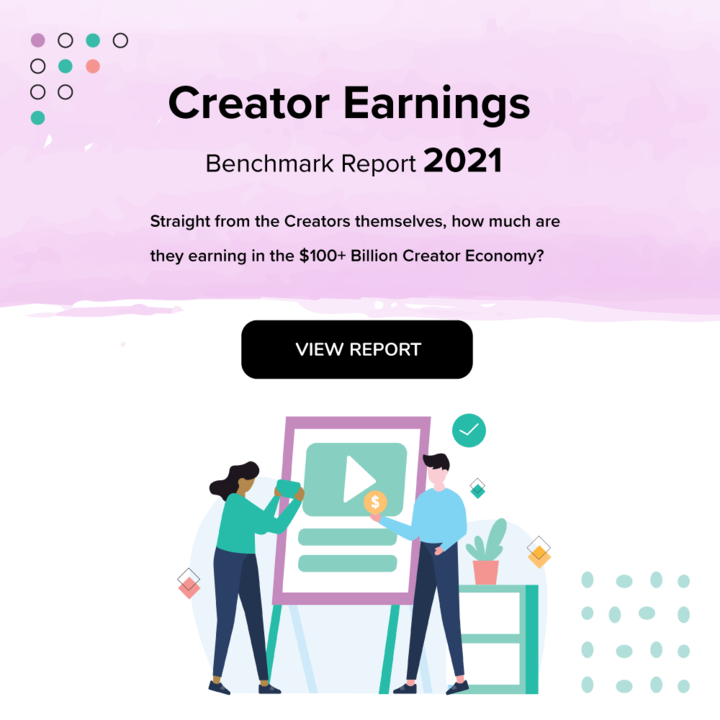 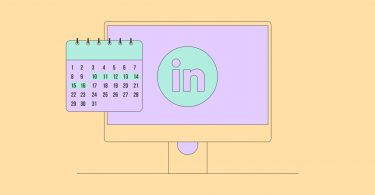 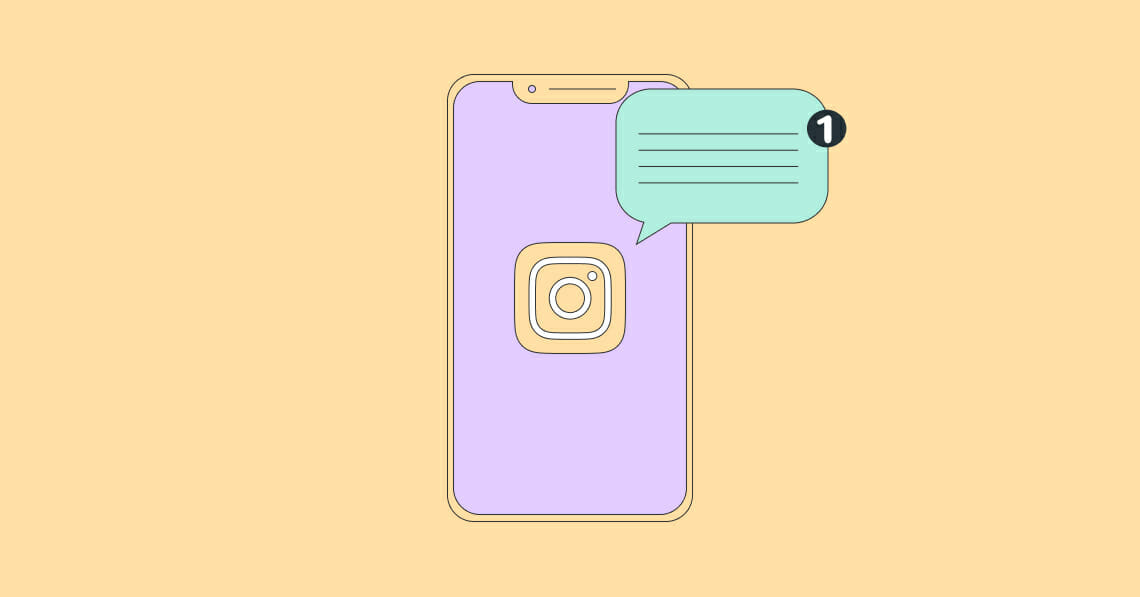