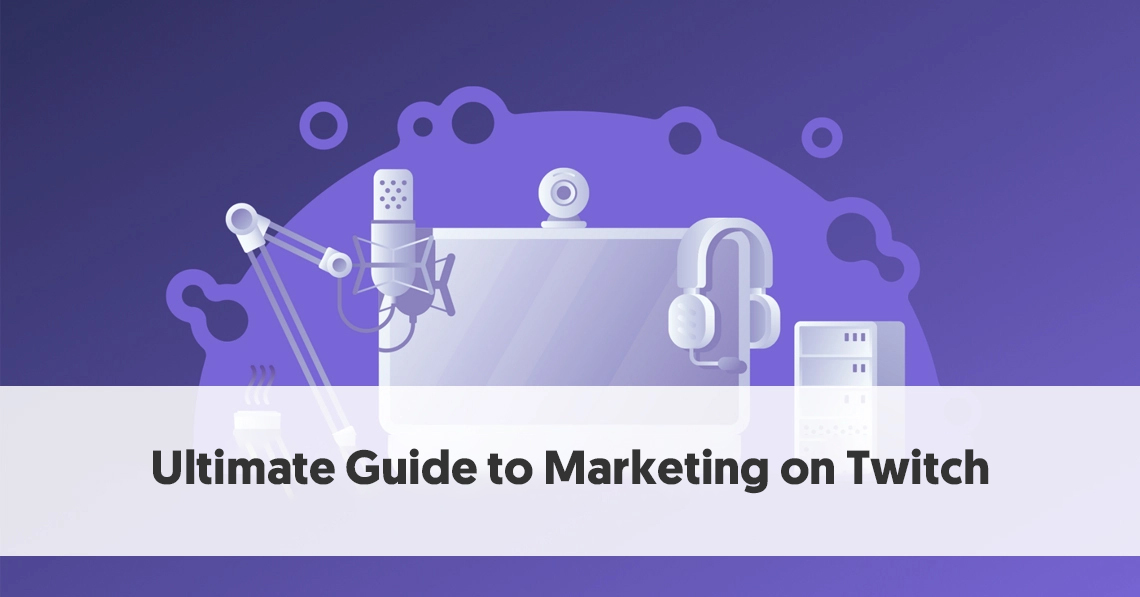 Twitch is the world’s largest online video game streaming platform, with more than 15 million daily active users. Twitch streams need only find their audience to start making money on the platform. With so much opportunity to reach an enormous audience, you’re probably wondering how you can use Twitch to market your own business.

In this article, we’ll show you how to do marketing on Twitch to expand your reach, get more leads, and make more sales.

Ultimate Guide to Marketing on Twitch in 2021: 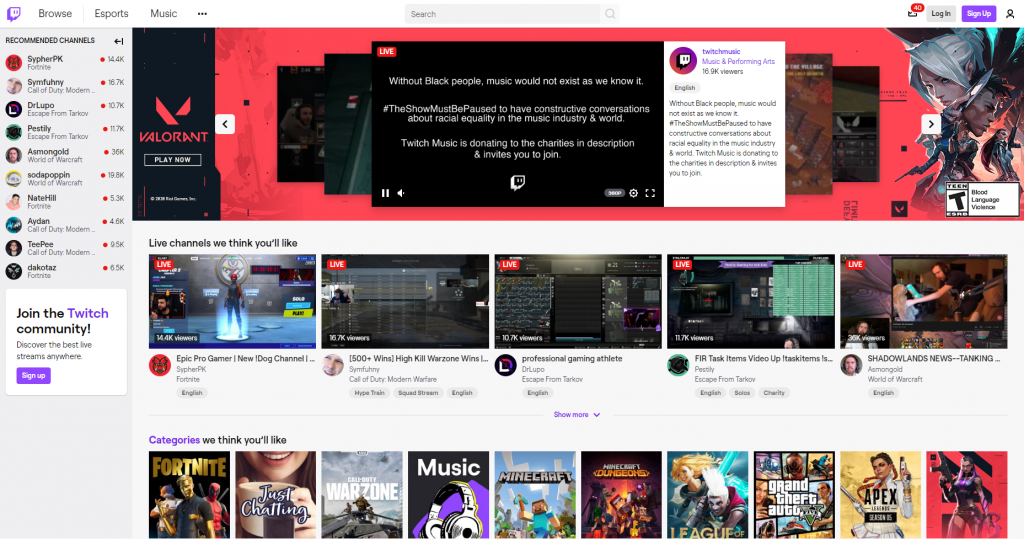 Twitch is a live streaming platform owned by Amazon. Most of the content on the platform is video game live streaming and eSports competitions. But, there’s a growing number of streamers who focus on music, DIY, creative, and lifestyle content.

Video game streamers, though, are definitely the most popular Twitch streamers and account for a majority of views and time users spend on the platform.

Twitch users really love the platform. Twitch has more than 15 million daily active users who spend an average of 44 billion minutes per month watching streams on the platform. Twitch beats out all other live streaming platforms, accounting for 72.2% of all hours watched live on the internet.

Looking for more reasons to jump on the Twitch bandwagon? Check out these Twitch stats for influencers.

What Is Twitch Influencer Marketing?

To hire a Twitch influencer, brands will reach out to individual streamers to negotiate promotion details and sign contracts. This is typically done via email.

Once an agreement has been reached, the Twitch streamer will start promoting the brand to their audience and subscribers per the contract they agreed to.

As you can imagine with a live streaming platform, there are tons of different types of promotions you can use on Twitch. The most common promotions you’ll see between brands and Twitch influencers are shout-outs, giveaways, and product unboxings. 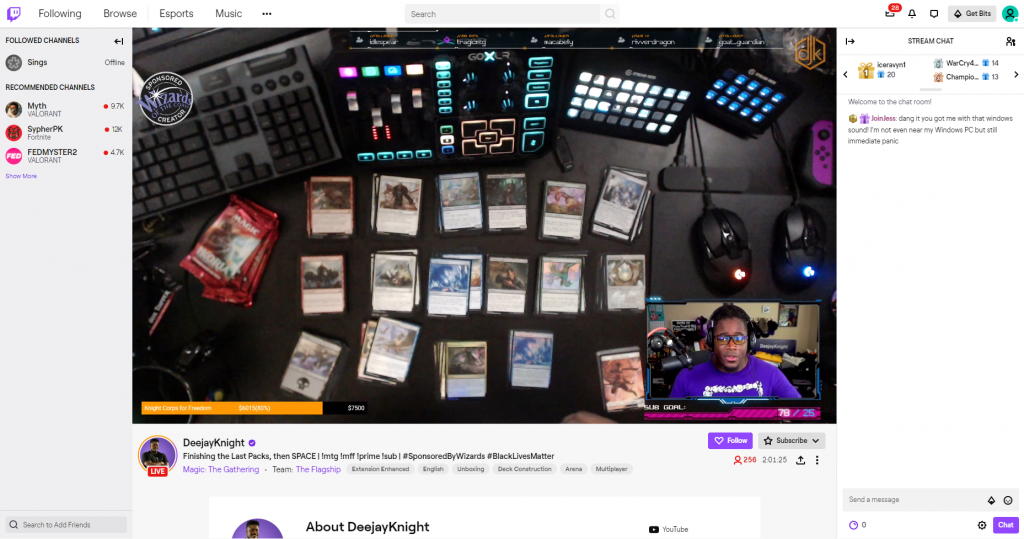 It’s important to remember that you can do whatever promotions work well with your audience, so you’re really only limited by your own imagination.

Traditional advertising methods just don’t resonate with younger audiences, but Twitch viewers are more than willing to pay attention to what their favorite Twitch streams are touting.

As we’ve mentioned, the majority of Twitch streamers and viewers are on the platform for video game content. Most of the streams on Twitch feature streamers playing and talking through games live while they engage with their audiences through chat.

Within gaming, there are several niche markets for specific games and types of gameplay. The platform also broadcasts eSports tournaments and talk shows related to gaming. 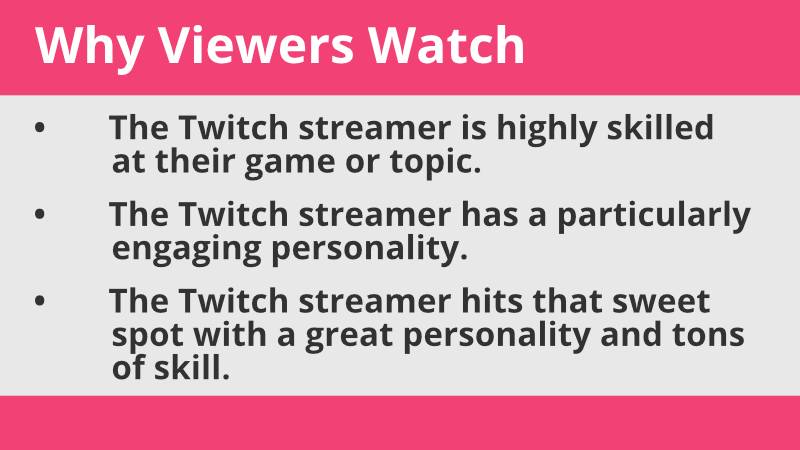 Twitch users watch streams for many reasons, but those reasons can all be boiled down to these three:

How to Use Twitch for Marketing

As you can see, more and more women are joining the platform, but the age of users remains relatively young.

Within these users is a wealth of advertising potential, especially since gamers are a pretty diverse and segmented group. With the number of users on the platform, it’s likely that your target audience is represented.

Now is a great time to start marketing on Twitch, before every other marketer jumps in to saturate the platform.

To get you started, here are five ways to use Twitch for marketing.

Streaming is a business. With every business, you need to start by setting your goals and a strategy for how you will meet those goals.

Keep your goals measurable, leaving nothing open to misinterpretation. For example, a goal of “have [number] of subscribers by [date]” is a much stronger goal than “increase my number of subscribers.”

The goals you set should be in line with your overall business needs and marketing strategy. Plus, they need to be measurable and time-bound. Measurable so you know how close you are to achieving your goal. Timebound so you stay focused on your progress and don’t spend time on other tasks that won’t help you reach your goals. 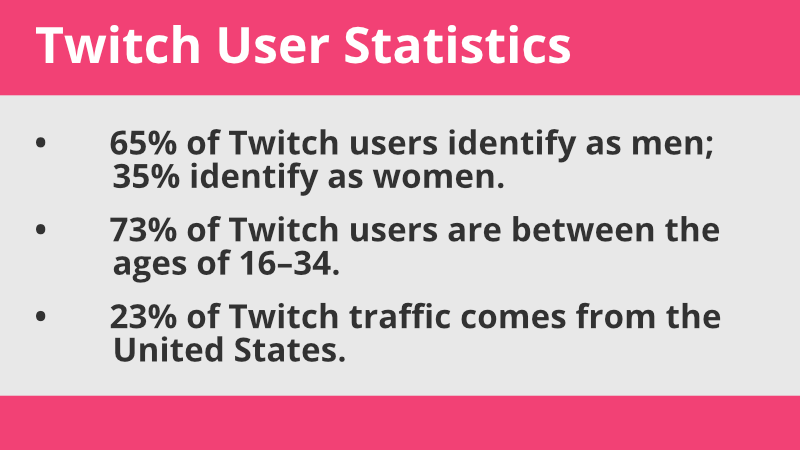 Twitch has a young user base and skews male, so take that into consideration before you take your marketing onto the platform. You’ll want to research channels and influencers to make sure you’re putting your marketing dollars in the right place.

The United States accounts for more than one-fifth of the platform’s desktop traffic (23%) with Germany (7%), South Korea (6%), Russia (6%), and France (4%) distantly rounding out the top five. Twitch gets traffic from 247 additional countries.

Twitch includes traditional advertising methods like banners, takeovers, and mid-rolls, but if you really want to make an impact, you need to partner with an influencer or brand.

Even if you go the traditional route and run ads on the platform, it’s important to keep the ads entertaining and engaging.

The bottom line is that people go to Twitch to be entertained. They don’t want to be sold to, though about 80% of Twitch users approve of Twitch streamers using sponsorships.

This really speaks to the power of social proof.

While Twitch users don’t want to be advertised to directly, they’ll accept learning about products from their favorite streamers because it feels personal. And people trust people so much more than they trust businesses.

Finding the right balance between sales and entertainment is tricky. However, if you know your target audience well, you can create content tied to their interests while still staying on-brand.

Take the time to research your target audience and really look at the content they’re consuming on Twitch. Who are they watching? What channels do they follow? Where do they spend their time on the platform? 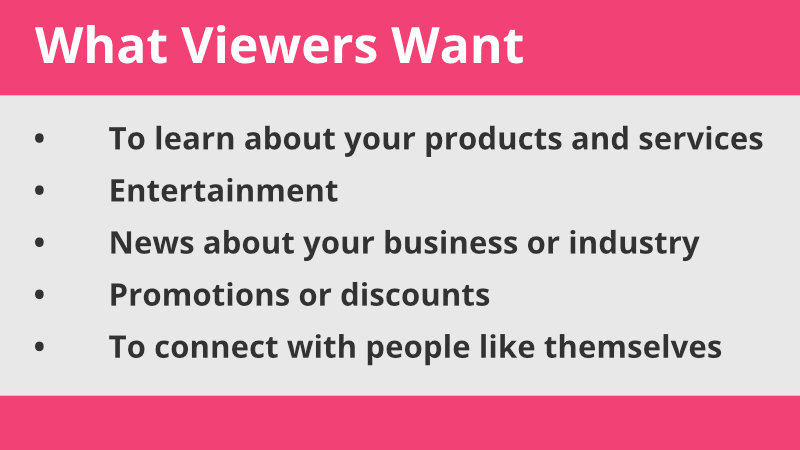 Live streaming already gives you an advantage because live videos are engaging. In fact, you can use the engagement you receive on your live streamed content to guide your future content creation.

Bear in mind that the content that performs best and gets the most engagement on social media and live streaming platforms is entertaining, inspirational, educational, tells a story, or offers discounts.

Videos showcasing your products should be interesting, fun, and informative. But, they’ll probably do a lot better if you couple this kind of video with a giveaway or contest.

Twitch viewers are loyal to their favorite streamers. Your goal as a marketer is to find the right influencer or brand to partner with so you can reach that loyal audience.

The type of influencer you’re looking for will be heavily influenced by your overall marketing goals.

Here are a few factors to consider when looking for the right partnership on Twitch:

For gaming streamers, you’ll want to look at the types of games the streamer plays. Are these games that your target audience enjoys (first-person shooters vs. simulation games, for example).

Obviously, you’ll want to choose streamers that have strong viewing numbers. Look at AVC (average concurrent viewership) to find out how many viewers the streamer has at once, on average.

Bear in mind that Twitch streamers with fewer than 100 viewers could still be powerful influencers for their audience. Many Twitch streamers at this level of viewership still have active communities. Plus, you can connect with them before they’re famous and develop a relationship that keeps rates for you lower (but fair to the influencer).

What language does your target audience speak? Many top Twitch streamers are based in countries that don’t speak English, so they aren’t the best choice if an English-speaking audience is what you need.

An active streamer is vital. You want to work with Twitch streamers who go live consistently. This is the best way to build a community.

A large number of followers and active community are a great place to start, but you’ll also want to look into how the audience engages with the streamer? Do they like them or are the comments and interactions regularly not so nice?

5. Interact With Your Audience

Interaction is a must with Twitch live streaming. Twitch viewers can use the chat window that’s open throughout the stream and the streamer will talk to the people who are watching. By engaging and responding immediately, Twitch streamers are able to quickly build a loyal fanbase.

No matter whether you’re playing a video game, painting, cooking, or just using Twitch as a live stream vlog, you must engage with your audience.

Through audience engagement you can continue to build your influencer platform, attracting more followers, and earning more money on Twitch through viewer donations, affiliate sales, and sponsorships.

Engaging with your audience goes beyond just talking to them when they’re watching your channel. We encourage you to watch the live streams your followers create, too, and follow their movements on social media.

This lets your audience know that you’re interested in them as humans, rather than just a number that adds to your authority. The bonus to this is that you’re more likely to get even more followers when you show them you genuinely care.

If the opportunity arises, you could even attend conventions and other real-life events to meet face to face with your followers and network.

While you’re looking for ways to engage with your audience, don’t forget to create a website.

A website is the perfect way to house all of your information in a single place, making it easy for fans to spread the word about you. Here are some things you should include on your website:

Plus, with a website, you can grow your email list. This is important for influencers and brands alike since you own your email list. That’s not the case for most platforms like Twitch where they can shut down your account whenever they want.

Leverage the Power of Twitch for Marketing

Twitch is ripe for marketing. The platform gets so much engagement and many Twitch influencers have enormous followings. Plus, since few marketers are on the platform right now, you have the chance to make a big impact with less money. 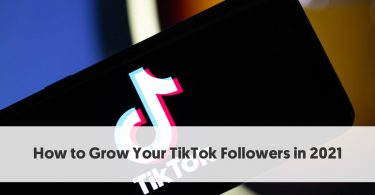 Want to get more followers on TikTok? You've come to the right place. Here, we're going... 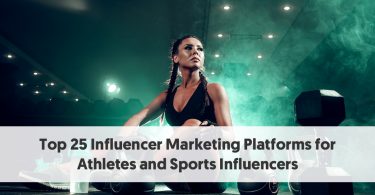 Are you a sports influencer or athlete looking for a brand? Or maybe a sports brand... 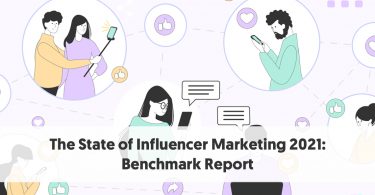 We carried out our first influencer marketing survey in 2017, giving us an excellent...