Influencer Marketing is a hybrid of old and new marketing tools. It takes the idea of celebrity endorsement and places it into a modern-day content-driven marketing campaign. The main differentiator in the case of influencer marketing is that the results of the campaign are collaborations between brands and influencers.

But influencer marketing doesn’t just involve celebrities. Instead, it revolves around influencers, many of whom would never consider themselves famous in an offline setting.

In our article, What is an Influencer we defined an influencer as being someone who has:

One of the biggest mistakes that traditional media makes is a failure to see the difference between celebrities and online influencers.

It is also important to realize that it is the influencers who have built a keen and enthusiastic audience. It is not accidental that these people follow influencers, not the brand. In reality, the audience doesn't care less about your brand. They only care about the opinions of the influencers. Don't try and foist rules and business practices onto an influencer. The audience is there's, and they can simply walk away, taking their followers with them.

What is Influencer Marketing?

An early example of influencer marketing involved YouTube celebrity PewDiePie. He teamed up with the makers of a horror film set in the French catacombs under Paris, creating a series of videos in which he underwent challenges in the catacombs. It was pitch-perfect content for PewDiePie's 27 million subscribers and received nearly double the views as the movie's trailer. Everybody won.

That’s a simple example. It's easy to imagine a celebrity teaming with a company to pitch a product—even if the pitch is a series of 10-minute videos instead of a 30-second television ad.

But people wouldn’t be talking about influencer marketing—you wouldn’t be at a website called the Influencer Marketing Hub reading about it, either—if it didn't have a much broader set of applications. And the key is in that word, influencer.

Influencers, unlike celebrities, can be anywhere. They can be anyone. What makes them influential is their large followings on the web and social media. An influencer can be a popular fashion photographer on Instagram, or a well-read cybersecurity blogger who tweets, or a respected marketing executive on LinkedIn. Within any industry, there are influential people—you just have to find them. Some will have hundreds of thousands (if not millions) of followers. But many will seem more like ordinary people. They may only have 10,000 followers, less in some cases. Yet they will have developed a reputation for being the experts in their field. They are the go-to people that provide the answers to people's questions. Depending on their sphere of expertise, they are the people who make the most engaging social posts on their specialist topic. They share the best pictures, make the most entertaining videos, and run the most informative online discussions.

What works in Influencer Marketing

What Influencer Marketing is Not

Influencer marketing isn’t just about finding someone with an audience and offering them money or exposure so they can say good things about you. That’s what viral celebrities are for. Influencers are people who’ve spent time building their own brand and cultivating their audience; they will be naturally protective of their reputation and the people who trust them. They’re people who had the patience and focus to succeed in social media, one organic follower at a time—people like this aren’t interested in doing influencer marketing solely for the money.

Influencer Marketing is also not about quick results. It’s the same kind of slow-and-steady approach as Social Media and Content Marketing, where your campaign isn’t about directly selling your wares. It’s about demonstrating your authority, credibility, and thought leadership within your industry. It’s about becoming synonymous with whatever it is that you offer, like when people say they’re going to Xerox a document instead of photocopying it, or to Hoover the floor, rather than vacuuming it.

With Social Media Marketing, it’s a slow game of acquiring the kind of followers who are going to be loyal and engaged. It’s tempting to think that joining forces with an influencer is going to be an easy way into the hearts and minds of his or her followers—it’s not that simple, though. Because to ally yourself with influencers, you’ve got to earn their trust and respect. But how?

What doesn't work in Influencer Marketing

Simply looking at the popularity of the influencer. Influence does not only mean popularity. Remember that your goal is to elicit a particular action from your customers. Don’t automatically assume that the people with the most followers are the influencers of a niche.

With traditional social media marketing, a brand can set up its identity on whatever platform it chooses and, as time passes and its follower bases grow, they can see who their brand champions are. These are the customers who like and share content, or mention the brand itself in a post. Followers like these can be further nurtured through personal attention and as part of a highly segmented group of all the brand champions. Efforts to market to this group focus on ways to keep them spreading the word.

One problem with this approach is that some of a brand’s followers just don’t have enough followers themselves to make much impact. In fact, most ordinary people on social networks don’t. Most people have a small network of maybe a few hundred friends and associates representing all kinds of tastes and preferences. Meanwhile, brands struggle to curate and create content that they hope will resonate with their followers in some meaningful way, all while staying engaged with the day-to-day interactions.

This scattershot approach to social marketing yields predictably erratic results. Instead of blindly trying to grab likes and followers, or throwing various bits of content out to see what sticks, influencer marketing tells us that our time is better spent in marketing directly to influential people whose likes and dislikes we already know — they align well with our own. This means engaging with these people across social accounts—not just following and liking, but commenting and demonstrating knowledge and a personality. It can also mean curating or creating content that's hand-picked to get the attention of influencers. While it's the influencer's audience that's the ultimate prize, the target market for brands includes the influencers themselves.

By laying this groundwork, you can achieve two things as a brand:

The first is that by merely interacting in positive and constructive ways on influencers’ social pages, you gain early access to their followers. You're not promoting anything to them; you're showing your face as a member of their community, adding to your credibility down the line.

The second achievement is that, eventually, when you do propose some kind of influencer marketing collaboration, they'll already know you. Influencers aren't celebrities, per se, but their online life can look a lot like a famous person's real-world one: lots of interruptions from people they don't know, wanting a piece of their time, either to praise them or to pitch them. You need to be able to stand out from the noise of attention they get in the form of emails and tweets. This means that when you finally reach out to them, they'll already know what you’re about, and they’ll know whether you’re a good fit for their audience.

The PewDiePie example from earlier might have given you an idea of what an influencer marketing campaign can look like. Still, it's probably tough to see how that kind of strategy can work its way into some of the less sexy areas of the business world. With that criterion in mind, let's look at an example — a campaign to drive attendance and awareness of the Content Marketing World conference. A more traditional approach might have focused solely on SEO and Google Ads, as well as some promoted content on Twitter and LinkedIn. Perhaps a blog piece would have been written, something shareable that’s insightful and gets the word out.

Instead, the Content Marketing Institute worked with Top Rank Marketing to develop an influencer marketing campaign to spread their message. To be fair, the Content Marketing Institute already has quite an extensive network of influencers they work with; identifying potential collaborators was as easy as looking at who'd be speaking at the conference they were promoting. Which is precisely what they did, asking speakers to contribute some thoughts or advice around Content Marketing. The feedback was compiled, along with other educational materials, into four separate eBooks, each with its own unique topic relevant to the programming at CMI’s conference. They made each ebook available to view at Slideshare, or as a downloadable PDF, with links pushed out across social media by CMI, Top Rank, and the influencers themselves. The whole initiative was underwritten by Curata, a software developer specializing in Content Curation and Management Platforms. That’s a lot of players around one campaign, but look how everyone gets something out of it:

There are no advertising tricks used in these campaigns, no disingenuous celebrities smiling over a product you know they’ve never used. Think about it this way: the CMI conference campaign was a straight-up content marketing play, commissioned by the people who wrote the book on content marketing and aimed at other campaign marketers. These are all people who know the "tricks of the trade," but the campaign worked. And that's because, in this case, the trick is that there is no trick. 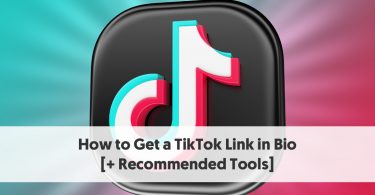 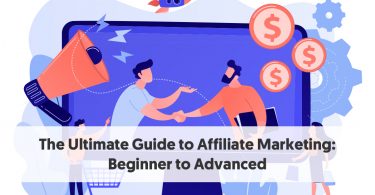 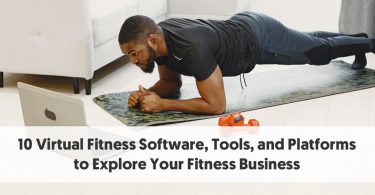